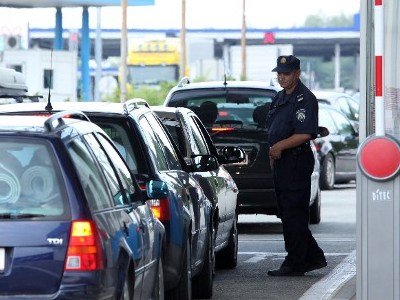 Justice and home affairs is one of the RCC priority areas. (Photo: www.uskportal.ba)

SARAJEVO – A two-day conference of national authorities, regional organizations and international partners on justice and security cooperation in South East Europe is to open in Sarajevo tomorrow, under the auspices of the Regional Cooperation Council (RCC) Secretariat.

The event is expected to finalize drafting of the South East European (SEE) Regional Strategic Document and Action Plan 2011-2013 in the area of justice, home affairs and security cooperation.

The document aims at increasing the level of regional cooperation in the fight against trans-border organized crime, anti-corruption, migration, asylum, refugees, fundamental rights, cooperation in civil matters and protection of children. It focuses on harmonizing regional activities of police, law enforcement and judiciary.

The paper further includes an analysis of possible overlaps among different regional initiatives and projects, as well as suggestions for rationalisation and streamlining.

The conference will be opened by the Director of the Directorate for Regional Organisations and Initiatives of the Montenegrin Ministry for Foreign Affairs, representing the Montenegrin Chairmanship-in-Office of the South-East European Cooperation Process (SEECP), Igor Gradjevic, RCC Secretary General, Hido Biscevic, and Wouter Van de Rijt, Principal Administrator of the General Secretariat of the Council of the European Union.

The coordination of production of the regional strategic document, and of its subsequent implementation, is a priority of the RCC Secretariat, in line with the organization’s Strategy and Work Programme 2011-2013.

Journalists are invited to the opening of the workshop, which will take place from 9 to 9.30 a.m. on Tuesday, 30 November 2010, at the Red Saloon (Crveni salon) of the Radon Plaza Hotel, Dzemala Bijedica 185, 71000 Sarajevo, Bosnia and Herzegovina.