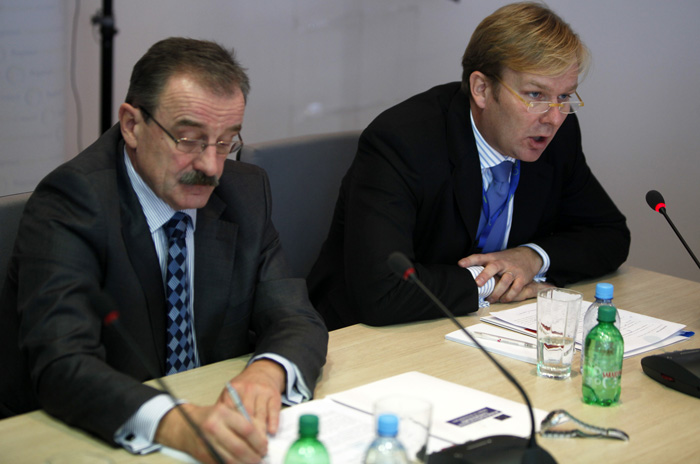 This two-day meeting, hosted by the Regional Cooperation Council (RCC) Secretariat and the Parliament of Bosnia and Herzegovina, will allow the European Commission to identify, together with the beneficiaries and the RCC Secretariat, strategic interventions in a number of priority sectors for the new 2012 programme as well as preliminary outlines for the programme in 2013.

The meeting provided an opportunity to reflect on the latest Enlargement Package 2011-2012, brief beneficiaries on their role and responsibilities in the programming exercise considering the current transition towards a more strategic sector wide approach (SWAP), and report on the preparations of the next IPA regulation.

The event was opened by RCC Secretary General, Hido Biščević, followed by an address by Head of EU Delegation to Bosnia and Herzegovina/EU Special Representative, Ambassador Peter Sorensen.

“The encouraging messages of the European Commission’s latest Enlargement Package such as the acknowledgment of Croatia’s preparedness for membership in mid-2013, recommendations to open accession negotiations with Montenegro and to grant candidate status to Serbia, serve as a strong incentive for others to embrace a greater responsibility in fulfilling the necessary reforms”, said Secretary General Biscevic.

“By pooling together all regional stakeholders around concrete projects in the fields of rule of law, freedom of expression, economic cooperation, research and innovation, transport and energy, the RCC contributes to efforts to create an environment conducive to political and socio-economic progress, and the overall stability in the region.”

Ambassador Sorensen underlined that regional cooperation is an essential element of EU integration, stressing the RCC’s role in facilitating parliamentary cooperation in Western Balkans and Turkey.

“In addition, the region needs to develop infrastructure if it wants to catch up with competitiveness, develop an export driven economy, and attract foreign direct investment.”

The meeting has contributed to associating all stakeholders in the preparation of the programming process of Multi-Beneficiary IPA for 2012 and 2013, which will ensure regional ownership and an overall more efficient implementation of the EU assistance.

Opening address by the Head of EU Delegation to Bosnia and Herzegovina/EU Special Representative, Ambassador Peter Sorensen, is available HERE.