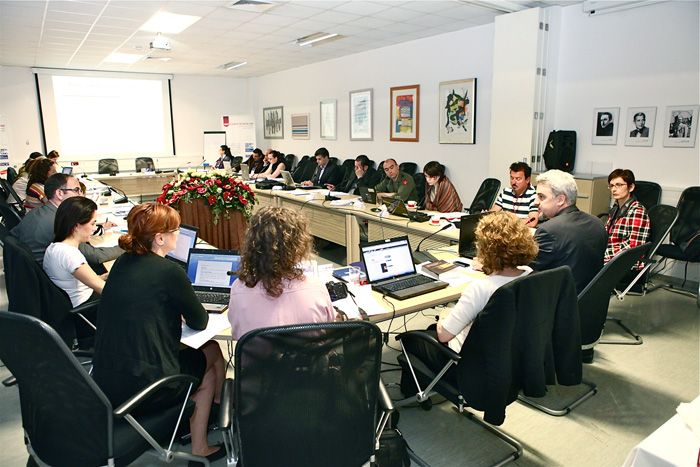 SARAJEVO – The second edition of the Academy on Media Law in South East Europe will open in Sarajevo tomorrow, 3 September. It will focus on issues of media pluralism, public service broadcasting and the freedom of the media on the Internet.

The three-day event will be implemented under the auspices of the Regional Cooperation Council and in cooperation with the Friedrich Ebert Foundation, the OSCE Representative on Freedom of the Media, OSCE field operations in South East Europe[1], the European Broadcasting Union, the European Association of Public Service Media in South East Europe and ARTICLE 19: Global Campaign for Free Expression.

The Academy seeks to enhance cooperation in the development and implementation of progressive media legislation in South East Europe in line with international and European media standards. It aims at safeguarding media freedoms and the right to freedom of expression by sharing and learning from the best legal frameworks and practices in the enforcement of media standards in the region.

The event will be opened by Gazmend Turdiu, Deputy Secretary General of the Regional Cooperation Council; Dunja Mijatović, OSCE Representative on Freedom of the Media; Judith Illerhues, Director of the Friedrich Ebert Foundation in Bosnia and Herzegovina; Richard Burnley, Head of Regulatory Legal Services at the European Broadcasting Union; and Ibrahim Eren, Deputy Director General of the Turkish Radio-Television on behalf of the European Association of Public Service Media in South East Europe.

A video message will be delivered by Marijete Schaake, Member of the European Parliament.

The programme of the first academy on media law in South East Europe.

Journalists are invited to the opening of the Academy on Tuesday, 3 September 2013, at 9 a.m., at the hotel Sarajevo, Dzemala Bijedica 169A, 71000 Sarajevo, Bosnia and Herzegovina.