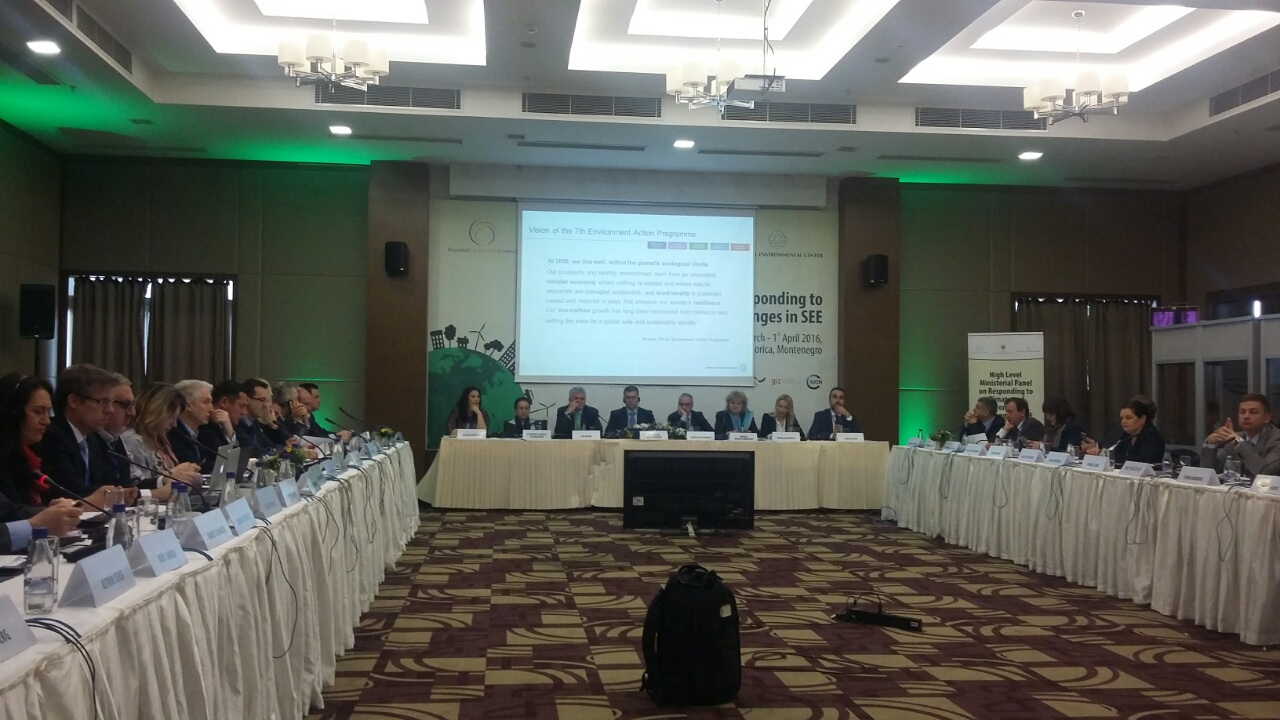 In his opening remarks, the host country Minister Branimir Gvozdenovic said that despite numerous challenges, the region needs better interconnectivity in all fields, especially including the environmental one.

Speaking for the RCC, Secretary General Goran Svilanovic warned that SEE is vulnerable to climate change and that its water, energy, food and security of critical infrastructure is threatened by an increase in extreme events such as the catastrophic floods in Bosnia and  Herzegovina, Serbia and Croatia in 2014. Svilanovic said that “the RCC is focused on providing a concerted regional approach towards climate resilient growth that ensures greater security and economic gains, than isolated unilateral interventions at the national level”. He emphasized that “one of the most important global events last year was the Paris Climate Conference and our task in the region is to make sure we implement the decisions from Paris and the RCC is fully committed to that goal.

The REC Executive Director, Marta Bonifert, stressed that the environment is central to the economy and that “Green economy” is the only sensible approach to our growth.

The ministers, together with other international partners and representatives of the civil society organisations discussed the state of climate and environment in SEE and reviewed the state of ongoing regional cooperation in this field. The focus was on the advantages and shortcomings of the current initiatives. In a joint declaration titled “The Podgorica Initiative”, adopted at the meeting, the ministers supported a regional approach to environmental and climate change issues and commended the cooperation with the RCC which has supported the establishment of the Regional Working Group on Environment. The chairing of the Working group was passed on from Montenegro to Serbia today. The Ministers also asked the host country of this meeting to convey the declaration to the Paris Western Balkans Summit in the summer of this year.

Declaration of Ministers and High-Level Representatives