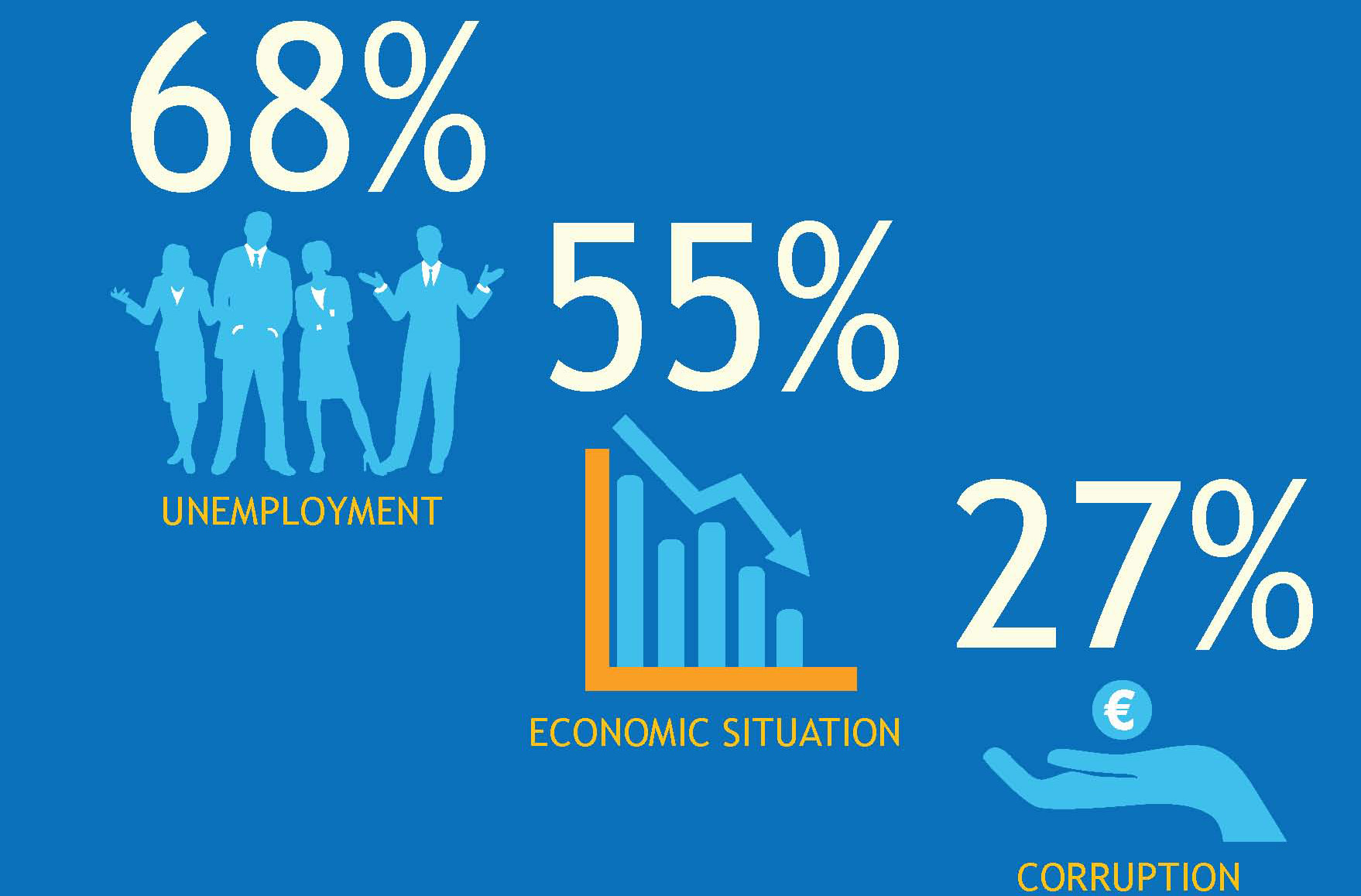 RCC Balkan Barometer 2016: The people in SEE say the most important problems facing our economies are: unemployment (68%); economic situation (55%); and corruption (27%).

SARAJEVO – Next week, on Tuesday, 21 June 2016, the Regional Cooperation Council (RCC) is launching this year’s edition of the Balkan Barometer - an annual survey of attitudes, experiences and perceptions across the economies covered by the RCC’s South East Europe (SEE) 2020 Strategy for Jobs and Prosperity in a European Perspective.

The Balkan Barometer is a powerful tool that rounds up the views of the general public and also of the business community on a variety of issues addressed by SEE 2020 Strategy. It provides a range of useful statistics on the South East European (SEE) economies, enabling a direct comparison with the previous year`s survey, as well as insights which can help in analysing the main socio-economic trends in the region, to identify issues and to shape future policies.

In Sarajevo next Tuesday, RCC Secretary General, Goran Svilanovic, will give introductory remarks about the Balkan Barometer, followed by a presentation on the key findings from surveys by Vladimir Gligorov, GfK expert consultant and researcher at the Vienna Institute for International Economic Studies.

While the Balkan Barometer 2016 provides slightly better news about the sentiments and expectations, it reaffirms the view that the main concerns of the SEE general public are unemployment and the state of the economy. Corruption is the one issue that has grown in importance for SEE; on the regional level - 27% of the survey’s participants said corruption is one of the top problems, a major shift from 15% who thought so in the previous study.

The Balkan Barometer, published for the first time in 2015, surveys 7,000 citizens and 1,400 businesses in Albania, Bosnia and Herzegovina, Croatia, Kosovo*, Montenegro, Serbia and The Former Yugoslav Republic of Macedonia, on a wide range of issues dealing with the political, socio-economic, business and investment climate, infrastructure, rule of law and other developments in the region. This year’s survey also includes selected information on Moldova and Slovenia, giving a wider overview of the South East European region. The Balkan Barometer 2016 is published in two volumes: The Public Opinion Survey, detailing the citizens’ attitudes, and the Business Opinion Survey, summarizing the business sentiments. The publications are prepared and developed in cooperation between the Regional Cooperation Council and the GfK, and funded by the RCC.

A panel discussion on overall developments and the pace of reform in the Western Balkans as well as the key priorities as seen by the region’s citizens and businesses will be part of the Balkan Barometer launch event, with panellists including representatives of the governments, private sector, civil society, international community and academia.

Journalists are invited to take part in this presentation on Tuesday, 21 June 2016, from 10.00 to 12.00, at the ‘Sarajevo I’ meeting room of Hotel Bristol, Fra Filipa Lastrica 2, Sarajevo. Individual statements/interviews can be arranged prior to the presentation or even better via e mail in advance.