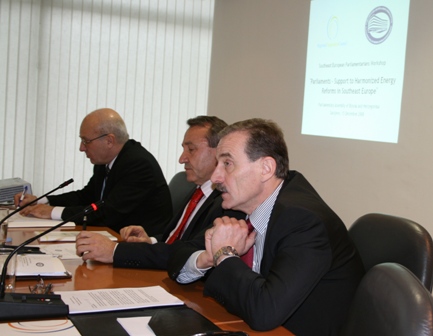 SARAJEVO – Parliamentarians from Southeast Europe will address the ways of supporting regional energy reforms, in Sarajevo, on Monday. The event will be co-organized by the Parliamentary Assembly of Bosnia and Herzegovina and the Secretariat of the Regional Cooperation Council (RCC).

The event will be opened by the Chairman of the Committee for Transport and Communications of the Parliamentary Assembly of Bosnia and Herzegovina, Branko Dokic, the RCC Secretary General, Hido Biscevic, and the Head of the Regional Secretariat for Parliamentary Cooperation, Vladimir Danchev.

Representatives of the European Commission’s Directorate General for Transport and Energy, the World Bank, the UN Economic Commission for Europe, the International Energy Agency and the Energy Community Secretariat will also participate in the event.