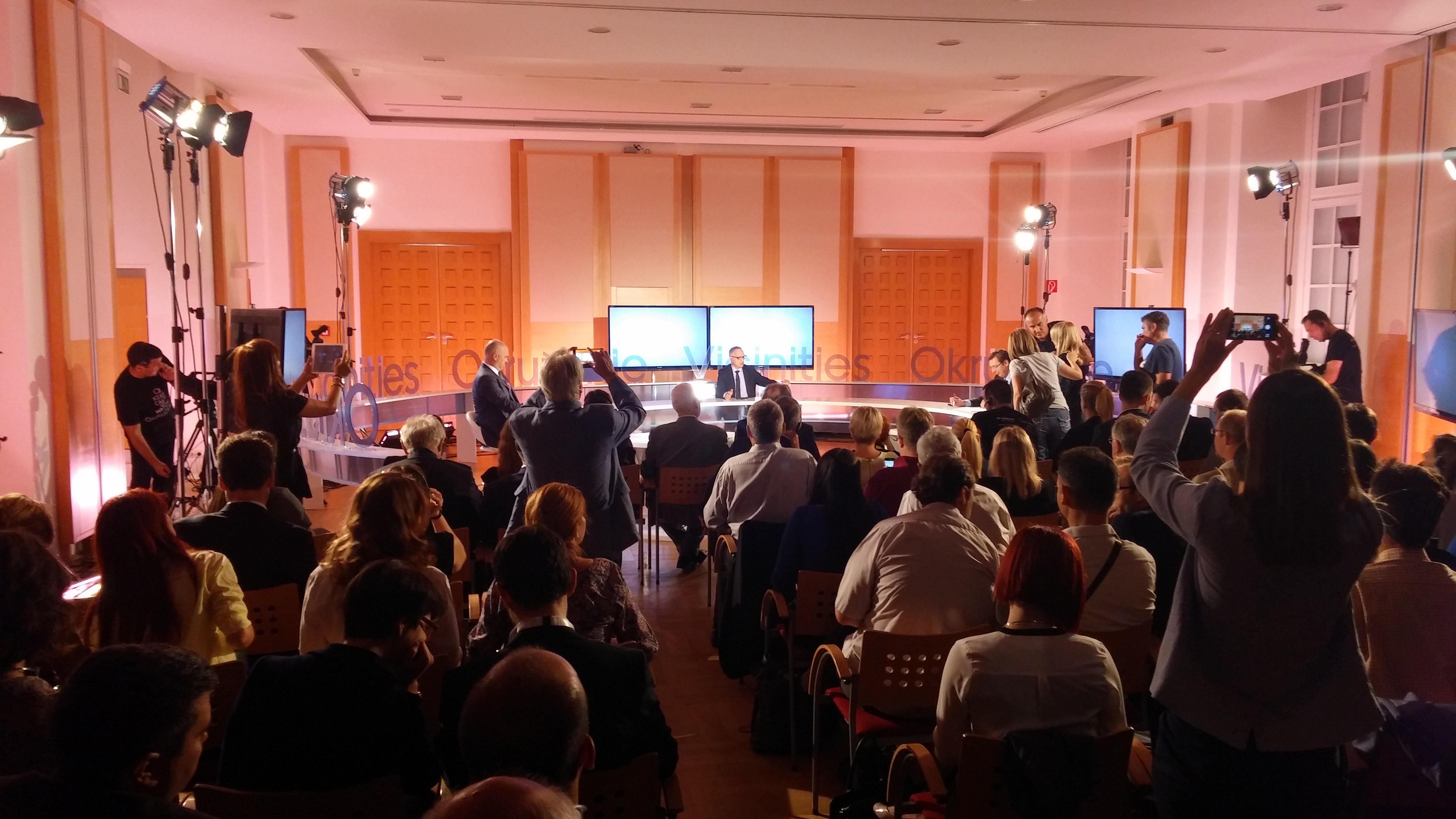 Rama, Svilanovic and Vucic, at the recording of regional TV Talk Show “Okruzenje”, in Vienna on 26 August 2015. (Photo: RCC/Selma Ahatovic-Lihic)

The margins of last Thursday’s Vienna summit of the WB6 leaders and the leaders of the Berlin Process countries and the EU, were rich with events in the days preceding and following the actual Summit.

For the first time ever, Western Balkans Civil Society activists were included and had an opportunity to present themselves to their leaders and the civil society component will become a regular feature of future Berlin Process gatherings. There was a high level football match between FC “EU” and FC “Future EU”, with the candidates defeating the member states by 4-2. On a more serious note, a study on Bilateral disputes proved a success and made it to the Ministerial meeting.

There was also a recording of a special edition of the regional TV talk show “Okruzenje” (www.okruzenje.net) which featured the Prime Ministers of Albania and Serbia, Edi Rama and Aleksandar Vucic, and the Secretary General of the RCC, Goran Svilanovic. The special edition of “Okruzenje” is being aired throughout the region today and you can watch it on: