Political stability, growth and jobs – Svilanovic on strengthening the ties in the region 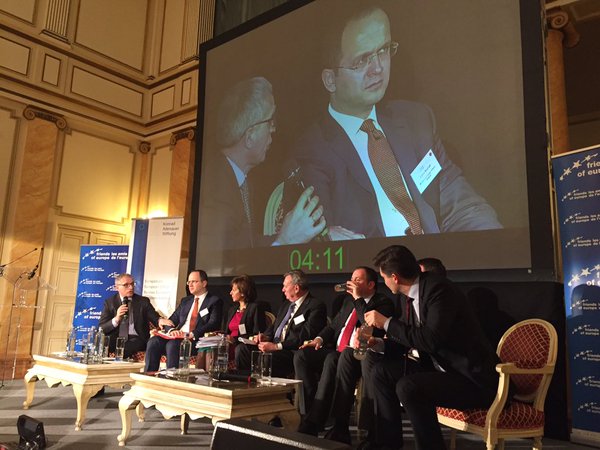 The challenges but also  the opportunities for closer regional cooperation are aplenty in the year which just started, said Regional Cooperation Council (RCC) Secretary General, Goran Svilanovic at today’s one day conference on “Balkan Partnership, strengthening the Region’s ties”, organised by the Friends of Europe in Brussels. Svilanovic said that the RCC is deeply engaged in strengthening regional cooperation among accession economies. "Integrate before you integrate" said Svilanovic pointing out towards a direct link between regional integration and integration with the European Union.

Mr Svilanovic also warned that there is a deepening gap not only between the Western Balkans (WB) and the EU, but also between the WB and new EU members. He asked the EU to reconsider its policy and to invest much more in the current pre-accession phase rather than to wait for the moneys to become structural funds once membership is granted, as is the case now.

Today’s conference is a regular annual event organised by “Friends of Europe”, focusing on topical issues and prospects for the region. Other participants in today’s discussions included EU Commissioner for European Neighbourhood Policy and Enlargement Negotiations, Johannes Hahn, Albanian Minister of Foreign Affairs, Ditmir Bushati and Igor Crnadak, the Foreign Minister of Bosnia Herzegovina. The migrant/refugee crisis was also in the focus of today’s deliberations and Commissioner Hahn emphasised that the Balkans are not and cannot become a parking lot for refugees.