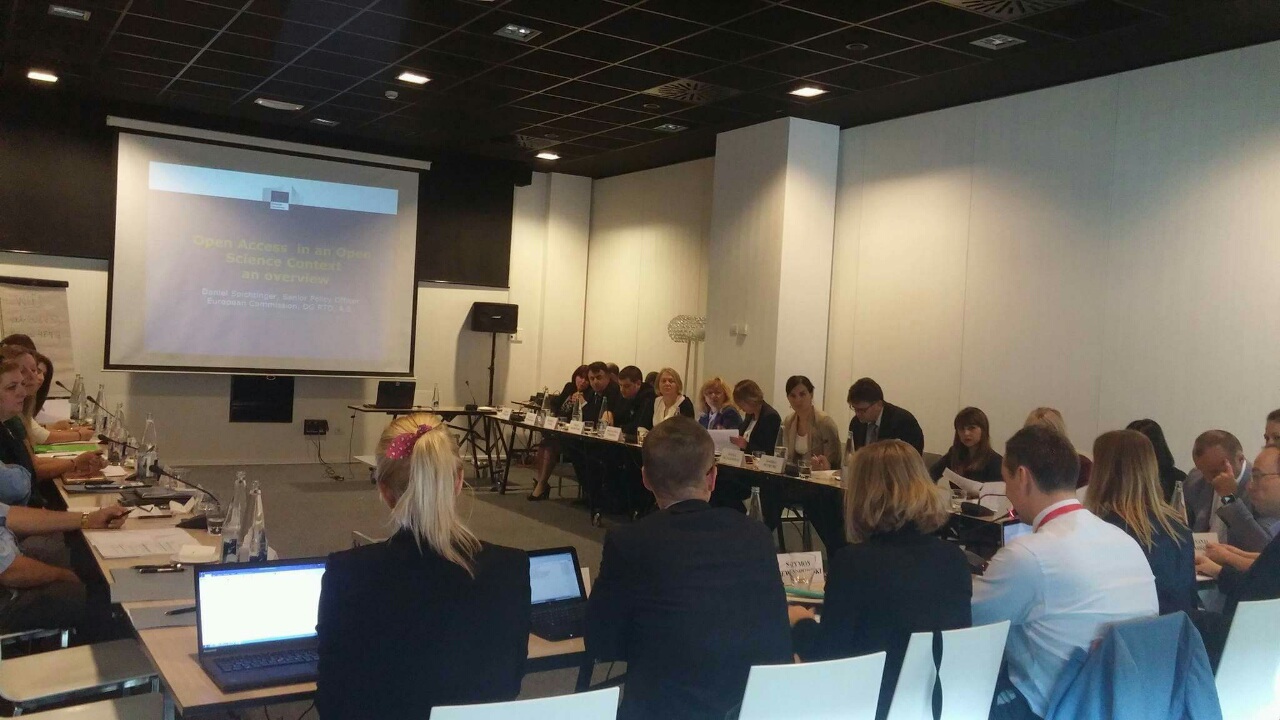 Seven Western Balkans’ economies joined the European Union (EU) family in pursuing the EU Open Science Agenda at the Open Data and Access in Science meeting organised by the Regional Cooperation Council (RCC) on the margins of the International Open Data Conference (IODC) on 6-7 October 2016.

Under auspices of the RCC representatives of Ministries in charge of science from Albania, Bosnia and Herzegovina, Croatia, Kosovo*, Montenegro, Serbia and The Former Yugoslav Republic of Macedonia agreed to appoint national points of reference for the Open Science by the end of the year. Participants also formally established the Working Group on Open Science and outlined directions in which they will operate in the coming period by producing the draft three-year Work plan.

In the region of Western Balkans where the investments to public research systems are low and where, as the data from the Balkan Barometer showed, the cooperation between universities and industry is limited to a very small number of large businesses, the Open Science and Open Access Agenda has the potential to open access to the research results to be used for innovation in the smaller and medium sized companies, as well as for wider public.

“The Open Access policies promote competitiveness and therefore promote the importance of quality and impact of research results which are currently very low in the Western Balkans as the Annual Report on Implementation of the South East 2020 showed”, said Vanja Ivošević, RCC’s Senior Expert on Smart Growth.

The Working Group on Open Science will aim at assisting the region to move closer to adoption of the EU 2012 recommendations on Open Access in the Western Balkan economies. The envisaged activities will promote adoption of Open Science and Open Access policies and measures in the Western Balkans with an aim of addressing access to research results for business use and innovation, as well as quality and impact of research results.

“Open access to scientific publications and open research data has the potential to improve scientific research through improved reproducibility, involve citizens and society as well as accelerate innovation”, highlighted Daniel Spichtinger, Senior Policy Officer on Open Access at European Commission’s Directorate General Research and Innovation, while inviting the representatives of the Western Balkans’ economies to join this EU’s initiative and take part in the regular meetings of National Points of Reference on Scientific Information.

Spichtinger further explained that the level of EU’s ambitions for the two open access related items of open science were defined as: all peer reviewed scientific publications are freely accessible and fair data sharing is the default for scientific research by the year 2020.

Access to knowledge - a global trend in Western Balkans’ perspective

The RCC-commissioned study Mapping policy measures for Open Science in the Western Balkans economies finds that “access to knowledge, information, and data is essential in higher education and research and more generally, for sustained progress in society.” It goes on to say that “improved access is the basis for the transfer of knowledge (teaching), knowledge generation (research), and knowledge valorisation (civil society)”, while the lack of access to research results and data leads to duplication of research efforts, diluting the efficiency of research funding and also restricting the application of results with an associate reduction in innovation potential.

*This designation is without prejudice to positions on status, and is in line with UNSCR 1244 and the ICJ Opinion on the Kosovo declaration of independence