Tirana: Stepping up regional response in fight against radicalization, violent extremism, terrorism and foreign terrorist fighters in South East Europe in the focus of the RCC-organised conference 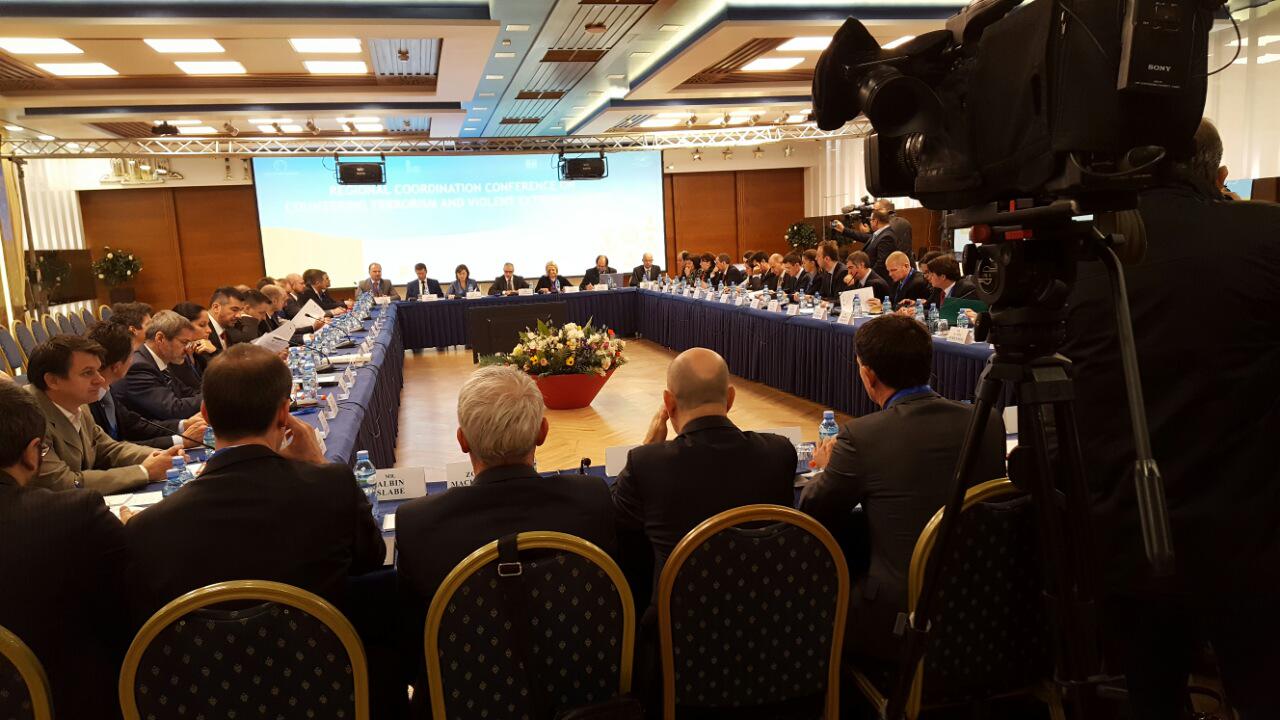 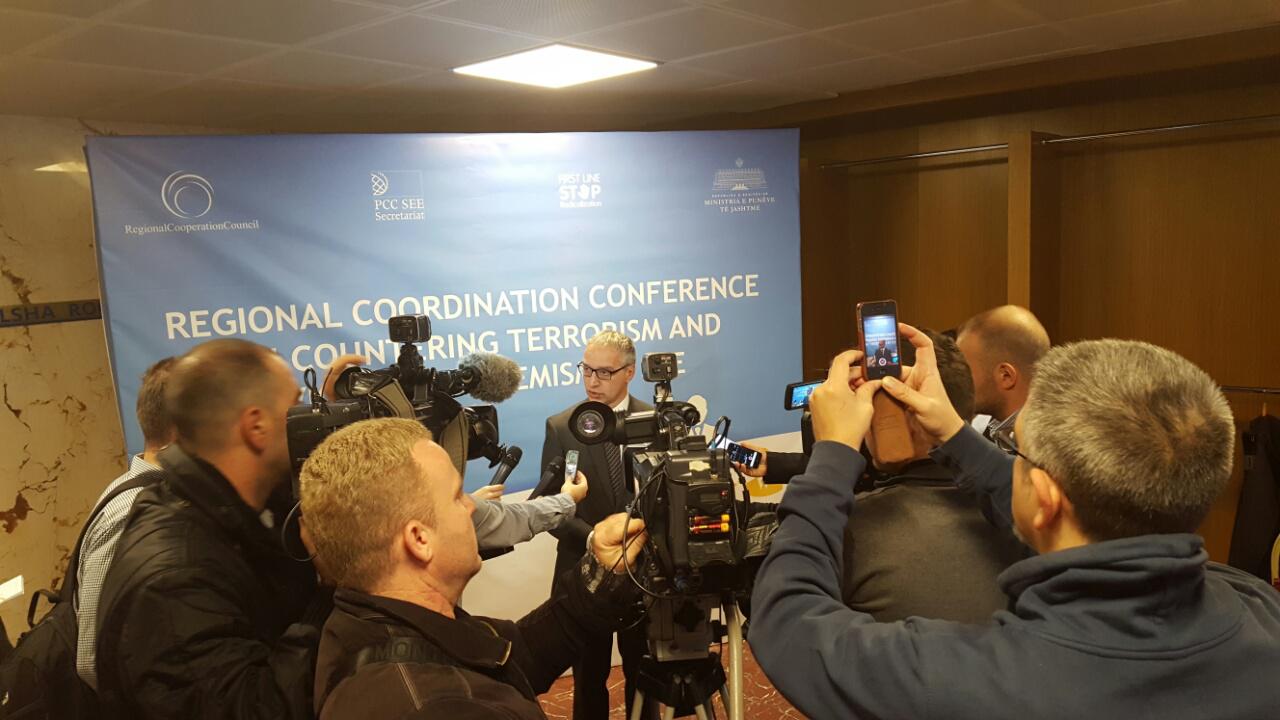 Tirana - For the first time in this format key international partners, regional organisations and representatives of governments from South East Europe (SEE) gathered to discuss and agree upon practical recommendations and future steps in fight against radicalization, violent extremism, terrorism and foreign terrorist fighters in the region, at the regional conference organized by the Regional Cooperation Council (RCC) and hosted by Albanian Ministry of Foreign Affairs, in Tirana today.

Although radicalization, violent extremism, terrorism and foreign terrorist fighters are not new altogether, SE Europe and Europe as a whole have been faced with the increased level of such security threats in the last couple of years, which negatively impact economies and whole societies.

“Europe has recognized the dangers and came up with adequate responses with the EU Counter-Terrorism Strategy and its subsequent updates,” said the RCC Secretary General Goran Svilanovic in his opening remarks adding that “SEE has not lagged behind in its responses to these security challenges.”

The RCC has developed the SEE Regional Platform for Countering Radicalization and Violent Extremism and Foreign Terrorist Fighters, aiming at strengthen coordination and cooperation on countering radicalization and violent extremism in SEE at both national and regional levels under the political umbrella of the South East Europe Cooperation Process (SEECP), focusing its efforts on establishment and development of regional cooperation and coordination, research, raising awareness, prevention, and rehabilitation.

„However, the adequate response to these common challenges lies in the common action that requires greater regional cooperation and more concerted efforts. Each and every one of the government agencies, organizations, initiatives, networks, and entities represented here has a role to play to contribute to prevention and countering violent extremism and terrorism making our region a safer place. All of us bring to this table valuable experiences and insights that could lead us to this goal“, said Svilanovic.

Odeta Barbullushi, Deputy Minister of Foreign Affairs of Albania thanked the RCC for organising the Conference and making an effort to gather all the relevant stakeholders engaged in prevention and countering violent extremism at the Conference.

“Better cooperation and greater coordination in regional activities aimed at prevention and countering violent extremism is a necessity as security concerns are constantly growing fuelled by the global developments. We welcome and support RCCs activities in this field, particularly the SEE Regional Platform for Countering Radicalization and Violent Extremism and Foreign Terrorist Fighters, which is designed for this very purpose - to strengthen coordination and regional cooperation on countering these challenges because, as we witnessed in recent years, radicalization and violent extremism do not stop at political borders but target wider regions affecting multiple societies”, said Barbullushi, while welcoming the Conference participants on behalf of the host.

Representatives of the European Union attending the Conference reminded on the importance of the anti-terrorism legislation, which has been already amended in the enlargement countries who “armed themselves with more robust tools to counter these phenomena”, as the 2016 Enlargement Package reads but also added that more needed to be done to counter radicalisation.

This regional scale event serves also as an awareness raising tool, and a platform for exchange of information, views and good practices among all principal stakeholders active in counter-terrorism (CT), and the prevention and countering of violent extremism (P-CVE) in SEE. The participants agreed to, as of this year, organise  annual conferences on regional coordination in the similar format in order to take stock of progress made thus far and suggest ways on how the joint efforts could be better coordinated and more efficient.

The Conference including the accompanying meetings represents an important part of the RCC Regional Platform for Countering Radicalization and Violent Extremism Leading to Terrorism and Foreign Terrorist Fighters in South East Europe (SEE CVE-FTF Platform) and is embedded in the EU-backed Western Balkans Counter-Terrorism Initiative (WBCTI).

Representatives of the RCC Participants from SEE, EU institutions and specialised agencies, US, international and regional organisations and other partners took part in the event.