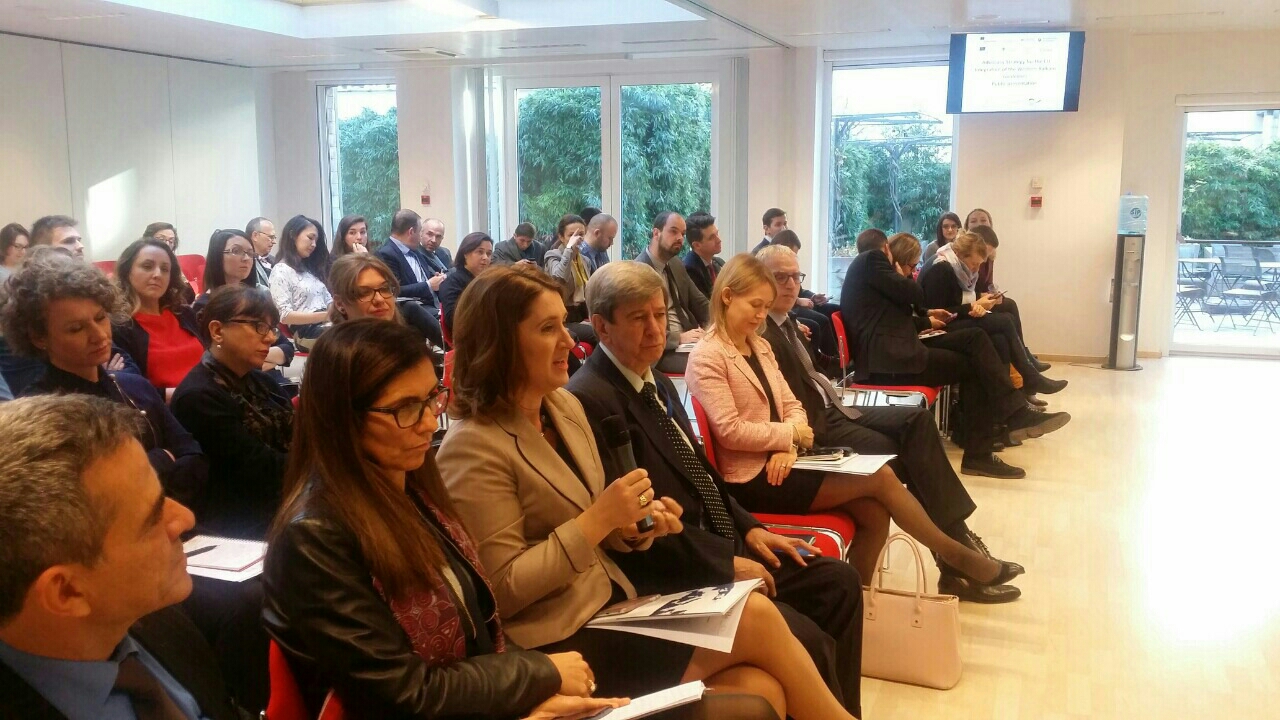 Launch of Advocacy Strategy for the EU Integration of the Western Balkans hosted by RCC Liaison Office in Brussels, 29 November 2016 (Photo: RCC/Jelena Ottaviani)

Brussels/Sarajevo – The Regional Cooperation Council (RCC) Liaison Office in Brussels hosted today the official EU launch of the Advocacy Strategy for the EU Integration of the Western Balkans, an event organized by the European Movement International in collaboration with the RCC.

The idea of a comprehensive advocacy strategy originated from the European Movement in Serbia, who joined forces with other think-tanks from the Western Balkans and the Visegrad Group. All the partners firmly believe that better communication and stronger lobbying for the Western Balkan is needed more than ever, having in mind changed circumstances in the EU and the region.

“Today there cannot be ‘business as usual’ approach when it comes to enlargement and everyone must bear that in mind”, said Goran Svilanovic, the RCC Secretary General, in his opening remarks. He highlighted the merits of the regional approach and added that Western Balkans must continue with the reforms to change their societies. Svilanovic underlined that winning the hearts of the EU citizens for the further enlargement is of key importance.

Jo Leinen, MEP and President of the European Movement International, talked about regaining the enlargement momentum, saying that strengthening the participation of CSOs in this process in of great significance. “Enlargement is an integral part of the European idea. I sense no negative element in any of the EU institutions as to the fulfilment of the commitments related to enlargement”, said Leinen.

The Western Balkan 6 Advocacy Group, whose goal is to facilitate and accelerate the EU integration of the entire region, is an initiative of 6 regional civil society organizations. The change of the negative image of the region is one of the priorities which the Group will be working on. Through improvement of regional cooperation and common approach in addressing the European decision-makers, the Group will attempt to emphasize the importance of the Western Balkan region for the EU and to return the enlargement issue to the top of the European agenda.

Jelica Minic, President of the Forum for International Relations of the European Movement in Serbia, stressed the importance of advocacy in the EU integration process, asking for a common approach and joint advocacy activities of the Western Balkans towards the EU institutions and member states.

All speakers at the event, including Eduard Kukan, Member of the European Parliament , Eduard Auer, Head of Division for Western Balkans at EEAS, and Catherine Wendt, Head of Unit Serbia at European Commission’s DG NEAR, were positive about the WB6 Advocacy Strategy, extending their support to the project.

The event gathered members of the European Parliament, representatives of the EU institutions, international organizations and the diplomatic corps. After the Brussels launch, similar presentations of the Advocacy Strategy will be organized in seven other European cities.