RCC’s Svilanovic at Brussels’ Balkans Summit: ‘Business as usual will not work’ 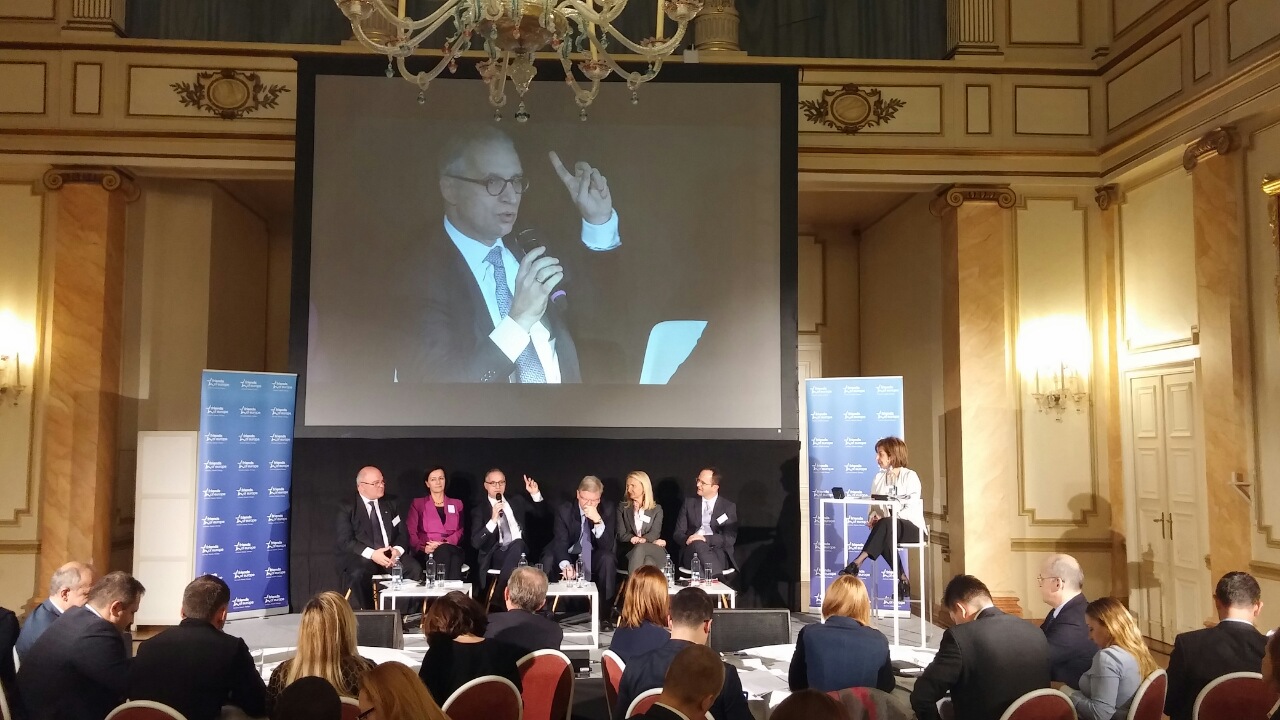 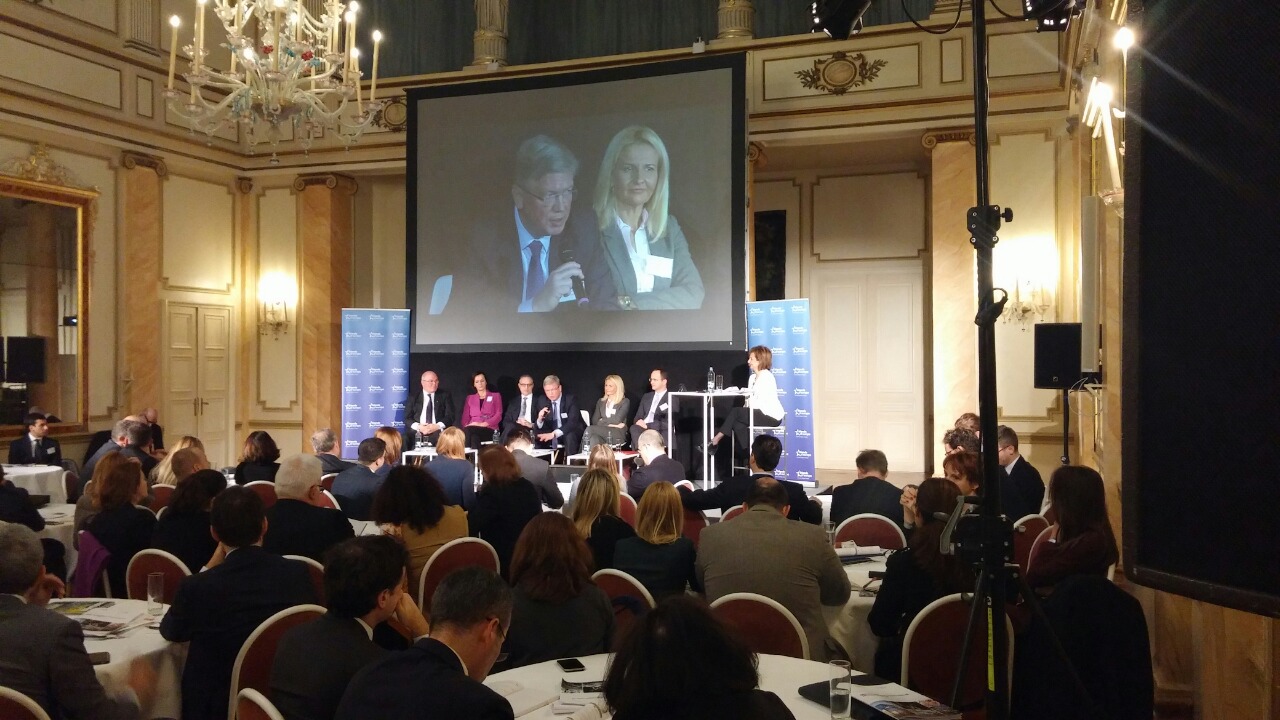 RCC at the Summit, “Balkans: Boosting Connections on the Road to the EU” organized by the lading Brussels-based think tank Friends of Europe, with support of the Konrad Adenauer Stiftung, Regional Cooperation Council, United Nations Development Programme, Trans Adriatic Pipeline and US Mission to the EU, Brussels, 7 December 2016. (Photo: RCC/Ratka Babic)

Sarajevo/Brussels – “When it comes to the enlargement, ‘business as usual’ is the only policy which will not work“, said Secretary General of the Regional Cooperation Council (RCC), Goran Svilanovic, speaking at the panel ‘EU membership: the long road from vision to reality’ of the Balkans Summit in Brussels today.

“The accession process should keep the region busy dealing with its development. Therefore, the RCC has been working with the regional governments on the reform processes, preparing them for the accession moment. The initiated regional activities are driven by the vision that as a common market the Western Balkans can be more competitive, economically stronger and more attractive to foreign investments. Over the next three years, this target will be addressed by RCC under skills and mobility, connectivity and competitiveness flagships; accompanied by a revitalised focus on public administration reform, justice, anticorruption and security cooperation in SEE”, emphasised Svilanovic.

“Change is occurring in Western Balkans for the better and I strongly believe that the dynamics of regional cooperation and European integration will continue to stabilise the Western Balkans, contributing to the region’s capability to respond to many challenges,” he added.

The Summit “Balkans: Boosting Connections on the Road to the EU” was organised by the lading Brussels-based think tank Friends of Europe, with the support of Konrad Adenauer Stiftung, Regional Cooperation Council, United Nations Development Programme, Trans Adriatic Pipeline and US Mission to the EU.

The other panellists also voiced important messages for the region. Albanian Minister of Foreign Affairs, Ditmir Bushati, said that differences between the Western Balkans and other countries that joined the EU need to be bridged and the best way to do it is through regional cooperation and its connectivity agenda.

Special Envoy for the OSCE and Western Balkans at the Czech Ministry of Foreign Affairs and former European Commissioner for Enlargement and Neighborhood Policy (2010-2014), Stefan Füle, said that a middle ground needs to be found and EU aspiring countries to be given a hope.

Gordon Duguid, Senior Adviser for South Central Europe at U.S. State Department, stated that he is an optimist for the Western Balkans, as it wishes to be part of the EU, and US already sees it there through the process it is undergoing.

Chief Negotiator for Serbia’s Accession to the European Union, Tanja Miscevic, added that the people in our region see the EU as an instrument of change rather than as a goal only.

The event gathers more than 200 people, with some of the Balkans’ top politicians and decision-makers in attendance, debating ways of further re-energising the region’s myriad connections with the EU. The Summit will continue with a conversation with Johannes Hahn, European Commissioner for European Neighbourhood Policy and Enlargement Negotiations, and two more panels: Attracting business and investments by boosting regional connectivity; and Migration, youth, jobs and the perils of radicalisation; that include speakers such as: Marta Arsovska Tomovska, Minister of Information Society and Administration of The Former Yugoslav Republic of Macedonia, Ismir Jusko, Minister of Communication and Transport of Bosnia and Herzegovina, etc. More on the event is available at http://www.friendsofeurope.org/event/balkans-boosting-connections-on-the-road-to-the-eu/#panel-5835d21471848 .