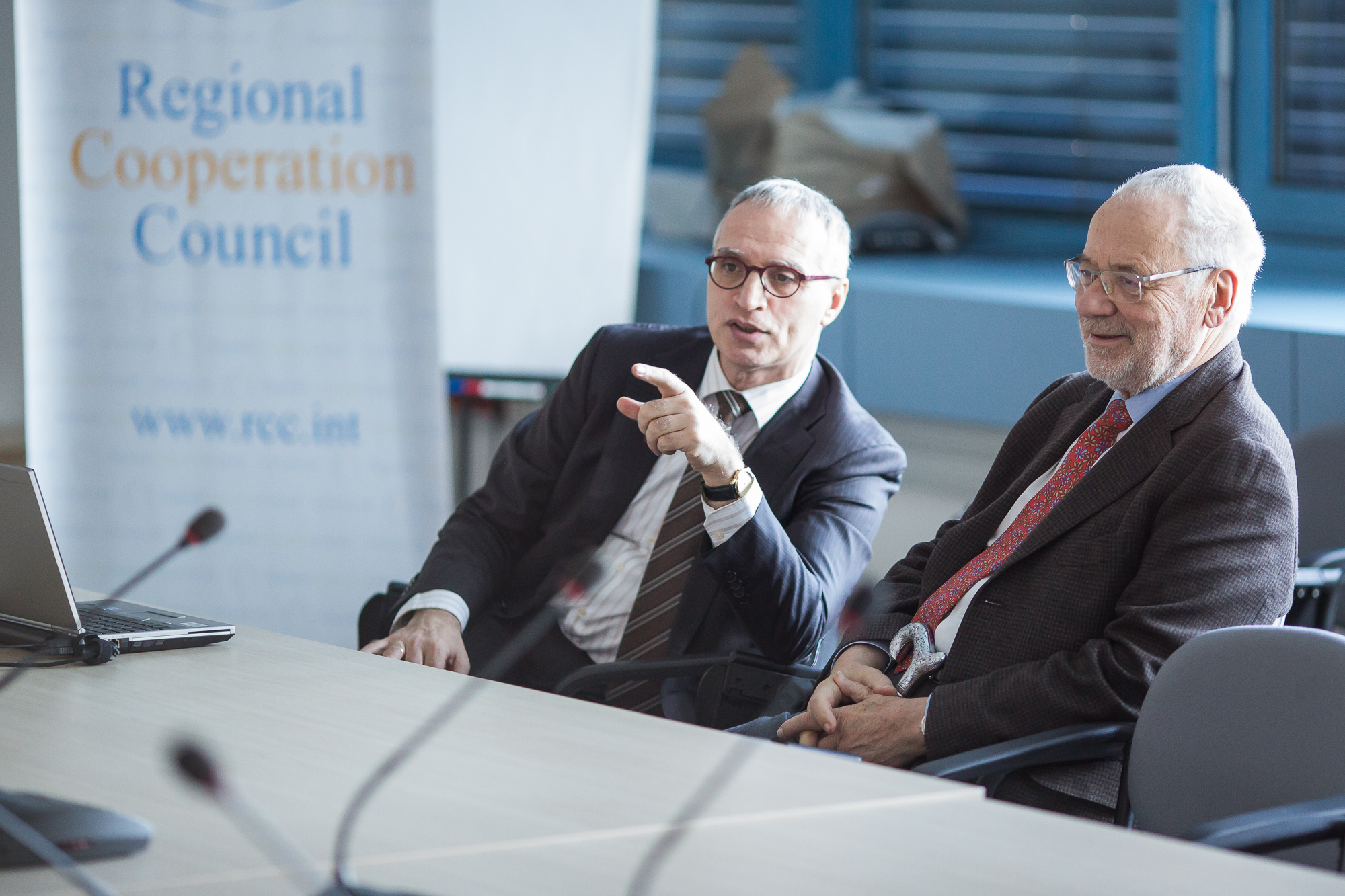 RCC team led by the Secretary General Goran Svilanovic welcomed Busek, presenting him the organisation’s current and planned activities and discussing the evolution of the regional cooperation concept since Stability Pact era, when the focus was strengthening peace, stability and economy in the region.

“Both the region and the European Union have changed in the past decade. The RCC tailored its approach to regional cooperation to respond to the region’s real needs, at the same time addressing EU accession requirements,” said the RCC Secretary General Svilanovic, adding that the EU enlargement process has altered to require additional preparedness of its aspirants to win the hearts of the EU citizens, which came to be the priority of the RCC action.

Busek commended RCC for its tireless efforts in finding new ways to boost regional cooperation and EU integration of the region, stressing that there was already too much talk about it and that actions with results were what counted nowadays.

This courtesy visit came at the time when the RCC is summing up results of the previous triennial strategic cycle 2014-2016 and getting ready to embark on new challenges in the forthcoming 3-year period as set by Strategy and Work Programme 2017-2019.

Dr Erhard Busek, Austrian politician and former Vice-Chancellor of Austria, currently serves as Chairman of the Institute for Danube Region and Central Europe and Coordinator of the South-Eastern Cooperative Initiative (SECI) among other things.