Svilanovic: We should turn to regional economic integration of the Western Balkans 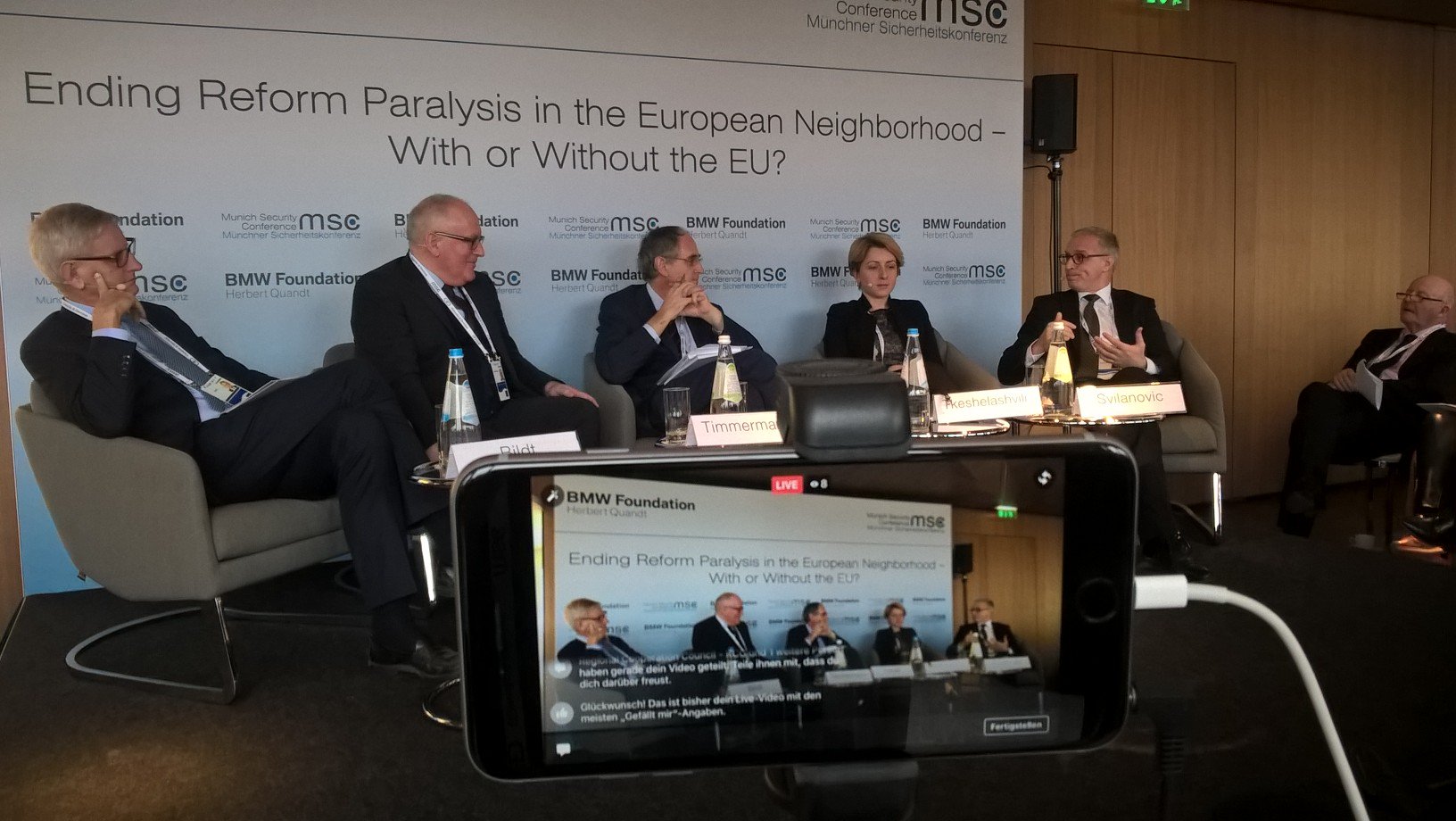 RCC Secretary General, Goran Svilanovic (first right), at the panel “Ending Reform Paralysis in the European Neighbourhood – with or without the EU” organised by the BMW Foundation onset of the 53rd Munich Security Conference, on 17 February 2017. (Photo: BMW Foundation)

MUNICH/SARAJEVO – Perspectives of the South East European economies’ reform processes in light of the current dilemma whether or not they should be continued against the European Union accession background, was the topic elaborately discussed at the BMW Foundation Global Dialogue session held in Munich today.

Goran Svilanovic, Secretary General of the Regional Cooperation Council (RCC), addressed the issue of regional reform paralysis underlining the critical need for the EU to find a way to include Western Balkans in its vision for the future, with greater engagement in solving outstanding issues that hinder the progress.

“The EU, if brought up as an idea beyond political narrative, could bring very positive influence, involving measures, which might be considered within the Berlin process, leading towards the regional economic integration of the Western Balkans. This reform stalemate could be broken by steps towards single labour market in the Western Balkans, allowing for free movement of labour, single information space when it comes to the ICT interoperability, single investment area, and liberalisation of trade in services to correspond to already fully liberalised regional trade.”

Svilanovic further explained that in that regard the ‘one region-one economy policy’ for the Western Balkans could become a welcomed novice if accompanied by more frequent interactions between the region’s line ministers and their EU colleagues and institutions.

The RCC Secretary General shared his experience and expertise in development of reform policies and transitional cooperation in the Western Balkans at the panel “Ending Reform Paralysis in the European Neighbourhood – with or without the EU” organised by the BMW Foundation onset of the 53rd Munich Security Conference.

Besides Svilanovic, panellists included Frans Timmermans, First Vice-President of the European Commission, Carl Bildt, Co-Chair of the European Council on Foreign Relations and Former Prime Minister and Foreign Minister of Sweden, and Eka Tkeshelashvili, President of the Georgian Institute for Strategic Studies, former Vice-Prime Minister and Foreign Minister of Georgia, with Michael Schaefer, Chairman of the BMW Foundation Board as a moderator.

Svilanovic is to take part at the Munich Security Conference later today. More information on this event is available at: http://www.securityconference.de/en/