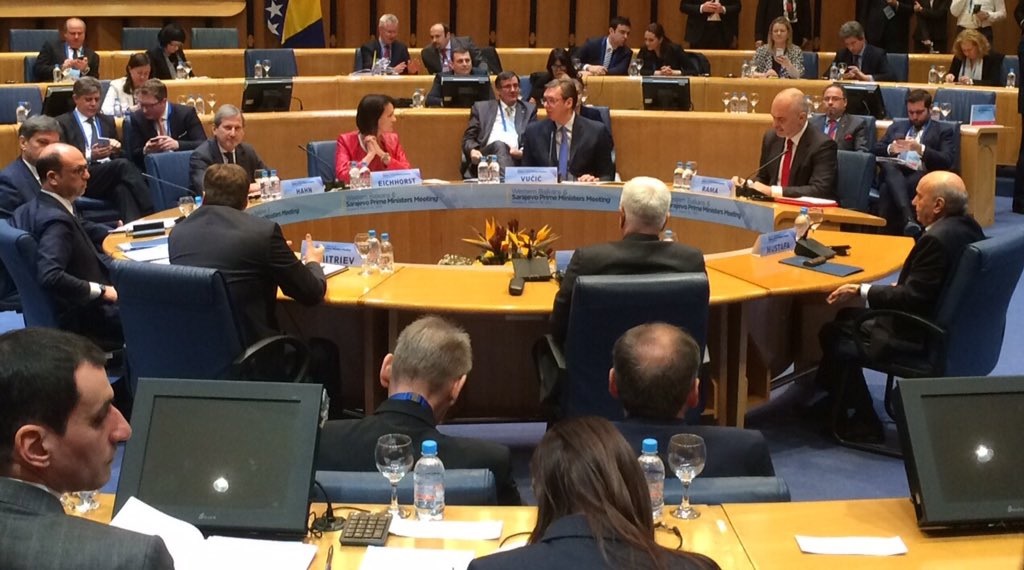 Sarajevo - At the meeting of six Western Balkans Prime Ministers with the European Commission and the European External Action Service in Sarajevo yesterday, the Prime Ministers reaffirmed their commitments on the EU accession path, took stock of the progress made thus far and set out preparations for the next summit hosted by Italy in Trieste on 12 July 2017.
The participants discussed the document proposed by the Jonannes Hahn, EU Commissioner for European Neighbourhood Policy and Enlargement Negotiations, developed together with the Regional Cooperation Council (RCC), setting out the basis for a consolidated action plan on regional economic integration for adoption at the Trieste Summit. The document proposed a common market for the Western Balkans, envisaging removal of the existing barriers and creation of a single space for economic development. It would also make clear a longer-term aim of integrating the Western Balkans common market into the EU’s internal one.
In their joint statement the Western Balkans Prime ministers proposed that their economies  work together with the RCC, supported by the European Commission, on a proposal of a joint approach to furthering economic cooperation in the Western Balkans through different initiatives. This joint proposal would be presented at the Trieste Summit, and it could include circulation of goods, services and capital, free flow of skilled workforce, a common digital approach and a dynamic investment space.
The meeting was organised by Chairman of Council of Minister of Bosnia and Herzegovina as a follow-up to the Paris Western Balkans Summit of 4 July 2016.
Secretary GeneralPolitical