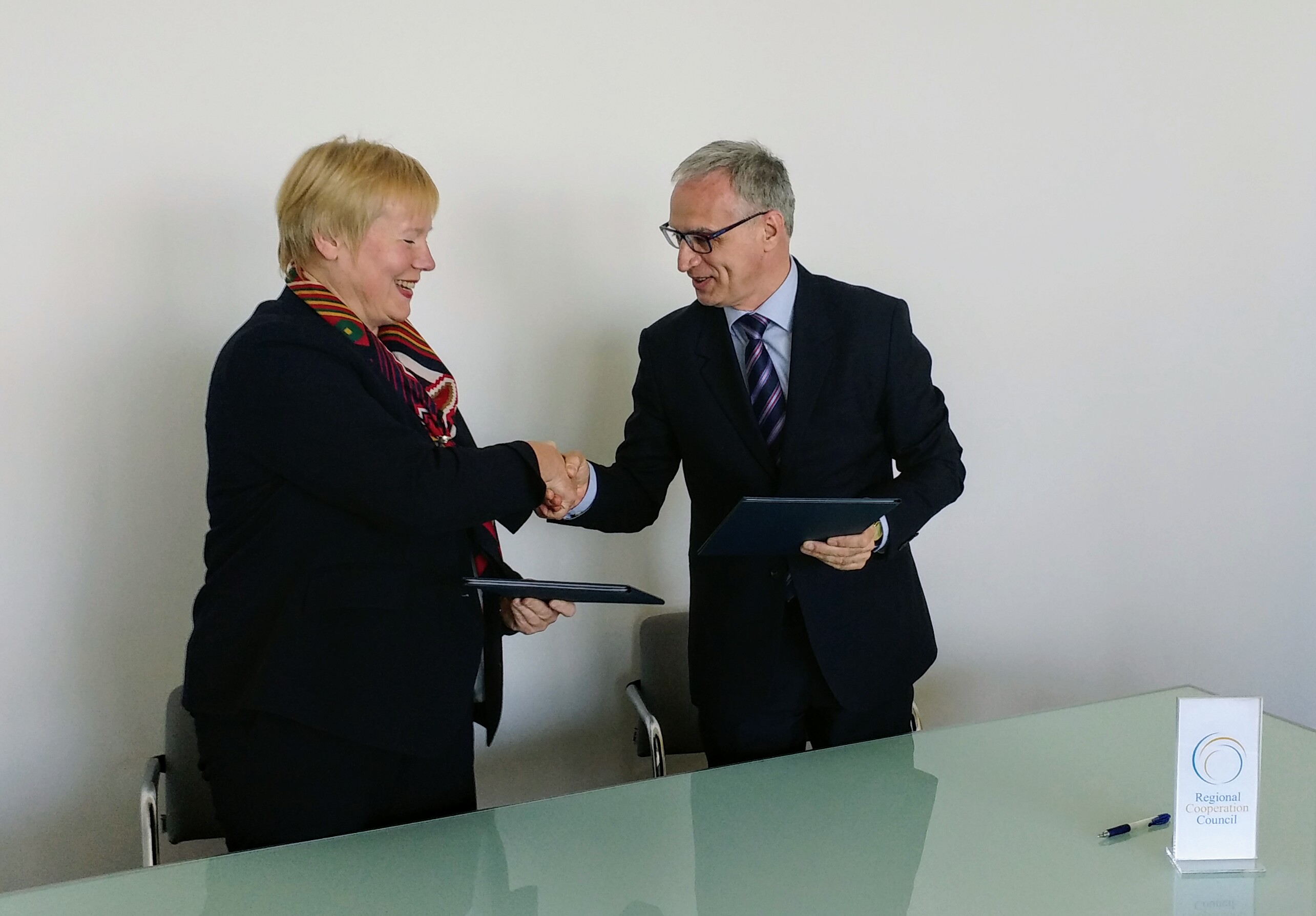 Sarajevo - The Regional Cooperation Council (RCC) Secretariat and the German Federal Foreign office (Auswärtige Amt) signed an agreement on financial grant to support RCC’s public awareness activities. The grant agreement of 100, 000 euro is to support RCC communication and public awareness activities in the course of 2017-’18. The agreement was signed by the RCC Secretary General, Goran Svilanovic and the German Ambassador to Bosnia and Herzegovina, Christiane Hohmann.

These funds, provided by the Federal Republic of Germany, will primarily be used for raising the public awareness and communication activities for implementation of RCC’s South East Europe (SEE) 2020 strategy and of the organisation's Strategy and Work Programme 2017-2019. These activities include but are not limited to publications, PR events, social media, media monitoring, etc.

“We highly appreciate continued German dedication to regional cooperation and their financial support from the inception of the RCC, enabling us to perform our work to best of our abilities in an attempt to live up to regional expectations“, said Svilanovic, adding that all the support that the RCC is getting from both regional governments and major EU economies leads in the same direction, as is the RCC's ultimate goal, European integration of the Western Balkans.”

Ambassador Hohmann stressed that German determination to support positive trends in the region like strengthened regional cooperation and common action towards the EU integration remain unchanged.

“Over the years the RCC has become a regional promoter of cooperation by working together with the key stakeholders on the required changes and reforms on the region's EU-accession journey. We support the RCC’s mission and wish to see the region as a part of the EU as a result of our joint work. In the run-up of the Western Balkans summit in Trieste the RCC will play a decisive role in developing a strategy to achieve a regional common market. We have full confidence that the RCC will meet our expectations.”