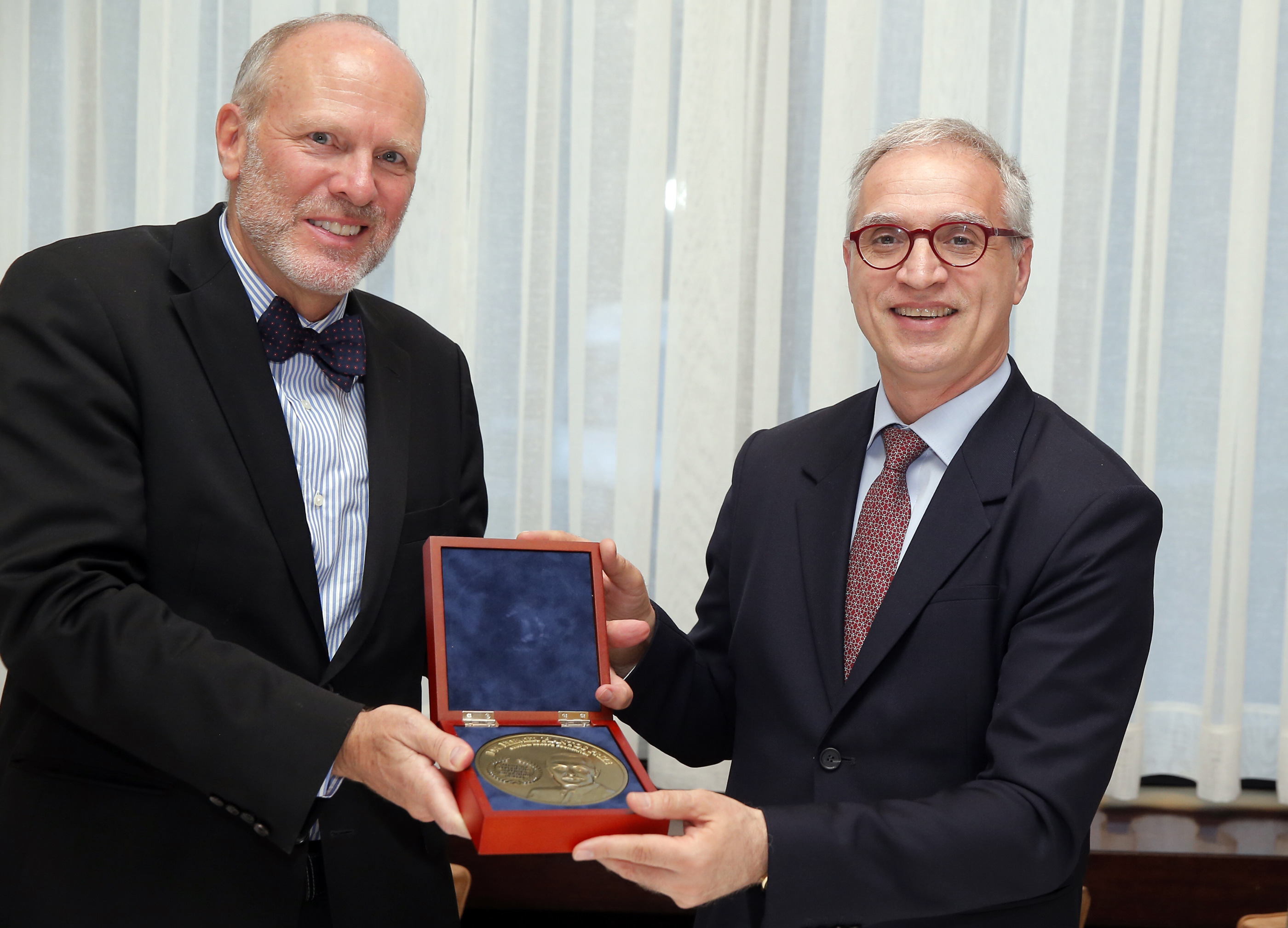 Goran Svilanovic, Secretary General of the Regional Cooperation Council (on the right) presented with Dr Elemer Hatnos Prize as recognition of his efforts to promote regional economic cooperation in South East Europe by Charles Epping, President of The Central Europe Foundation (CEF) at the award ceremony in Belgrade (Photo: Pedja Milovanovic)

“I am very flattered by the honour and trust CEF placed in me with this award. This is not just recognition of work done so far but also an obligation to continue efforts to strengthen economic relations and cooperation in the region,” said Svilanovic during the award ceremony, adding that he sees strong economies as the key to region’s progress, and regional cooperation and networking as the main prerequisite of economic an overall advancement.
“The Central Europe Foundation is presenting the Dr. Elemer Hantos Prize to Dr. Svilanovic primarily for his tireless efforts to promote economic cooperation in South East Europe, inspiring political and economic development to benefit all countries in the region.  As Secretary General of the Regional Cooperation Council he continues the work he started as chairman of the Working Table I of the Stability Pact for South Eastern Europe promoting democratization and human rights and as coordinator of the OSCE Economic and Environmental Activities group fighting money laundering, developing more efficient border and customs policies, and promoting sustainable energy, among many other activities,” said Charles Epping.
“Dr. Svilanović thus embodies the principles of the foundation and of the man whom the foundation honours, Dr. Elemer Hantos, who in the 1920’s and 1930’s worked tirelessly to promote economic and political integration in Central Europe”, he added.
In addition to Dr Elemer Hantos Prize, which is awarded annually to a person, persons or organisations for outstanding achievement in promoting economic cooperation in Central and Eastern Europe, The Central Europe Foundation of Zurich, Switzerland, also awards scholarships to students coming from this part of Europe.
Dr Elémer Hantos was a Hungarian economic expert who advocated the establishment of an economic and trade union of Danube countries. Hantos founded economic institutes in Vienna, Budapest, Brno and Geneva. Previous laureates of the prize carrying his name include György Konrád, Adam Michnik, Erhard Busek, and Vaclav Havel.
Secretary GeneralPolitical