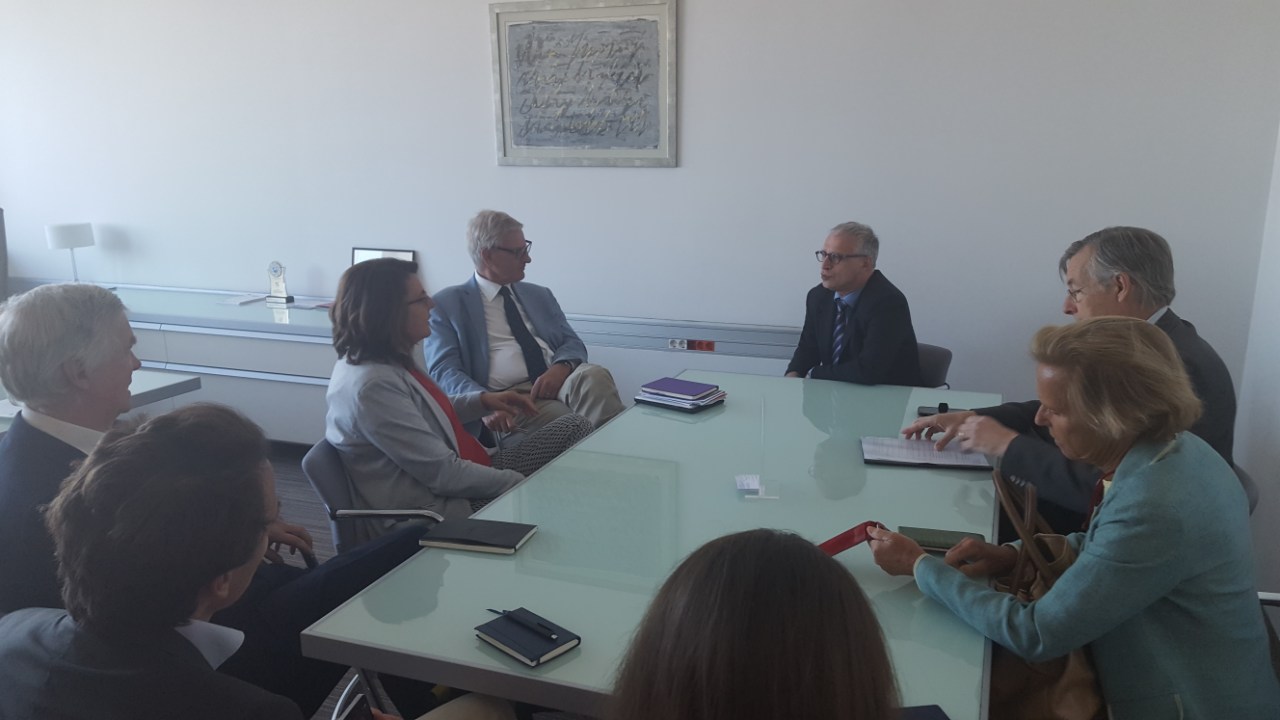 Sarajevo - Carl Bildt, former Swedish Prime Minister and Co-Chair of the European Council on Foreign Relations (ECFR), François Heisbourg, Chair of the International Institute for Strategic Studies Council and Chairman of the foundation council of the Geneva Centre for Security Policy, and Robert Cooper, Special Advisor at the European Commission, visited the Regional Cooperation Council (RCC) Secretariat in Sarajevo today to meet with Goran Svilanovic, the RCC Secretary General. The officials spoke about European integration and stability of the Western Balkans, especially in the context of regional cooperation and the upcoming Trieste summit.

“Further EU enlargement is an imperative and the only way forward for the Western Balkans is accelerating European integration. Securing membership will take time, as it is not an easy path. However, strong economic reforms are necessary to make these countries eligible for membership and regional cooperation is a powerful tool to give the region a vital impetus,” said Bildt.

“I expect the Balkans’ leaders to agree on some concrete steps in Trieste next week, so as to ensure stability in the region, hasten reforms in their countries, thus bringing them closer to the EU.”

Svilanovic expressed optimism regarding the upcoming Western Balkans Summit in Trieste  hoping that the Action plan prepared by the RCC with the region’s governments would be agreed on, starting the new chapter in region’s way forward to economic and social prosperity and the EU accession.

“The Action plan envisages projects leading to advanced and accelerated progress of the region in trade, connectivity, competitiveness, digital agenda, etc.. It is a catalyst for the EU integration process but not a replacement for the existing framework and we want to see our economies committing to this opportunity and implementing  the changes to the benefit of their citizens.“

Heisbourg reiterated that the region is giving signs of serious instability and that Balkan leaders and Europe as well must act quickly to capture the momentum for holding the region on the European path.

Addressing the region’s efforts to join the EU Cooper underlined the Rule of Law as a key pillar which has to be elevated in the aspirant countries, since the Union is a community of law and cannot accept new members unless their systems of justice meet high standards – to act competently and represent reliable partners.

ECFR is an award-winning international think-tank that aims to conduct cutting-edge independent research; provide a safe meeting space for policy-makers, activists and intellectuals to share ideas; build coalitions for change and promote informed debate about Europe’s role in the world. More information is available at http://www.ecfr.eu/about

The Geneva Centre for Security Policy (GCSP) is an executive education centre that facilitates collaboration in support of peace, security and international cooperation. More information is available at http://www.gcsp.ch.