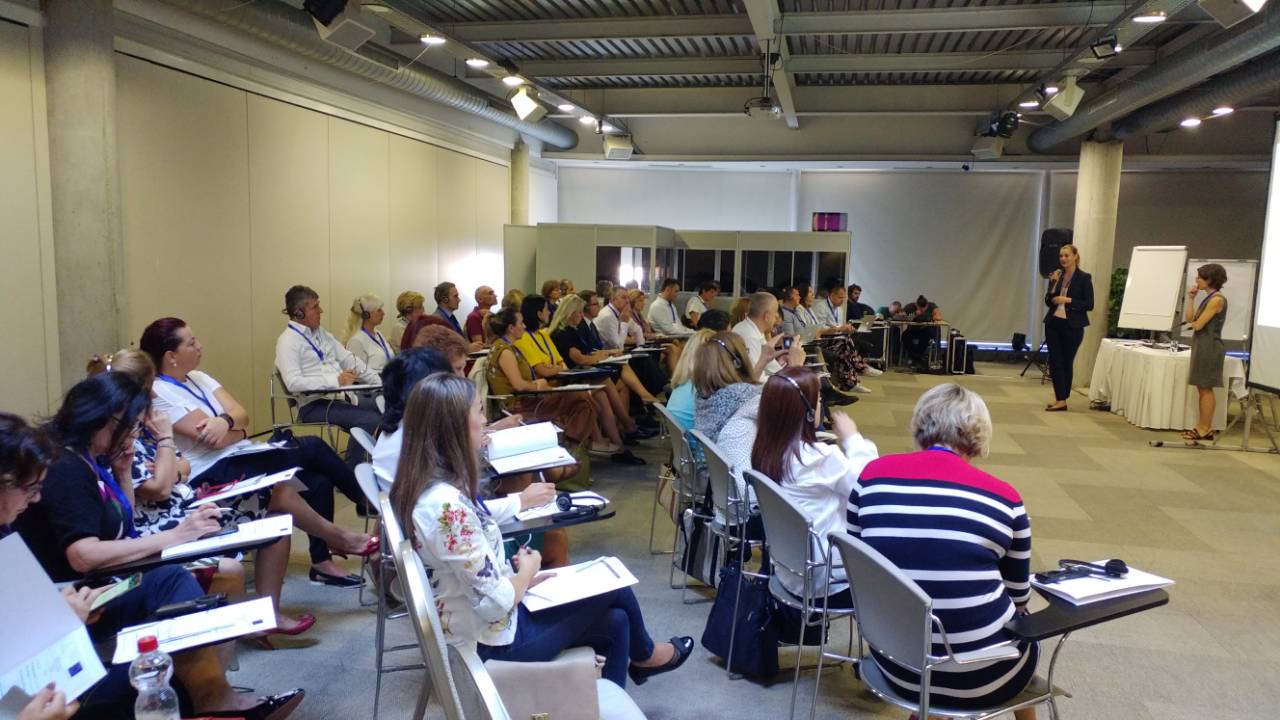 The 1st assessors training on benchlearning for representatives of Public Employment Services (PES) from the Western Balkans, organized by the RCC’s ESAP project was held in Belgrade on 14 September 2017 (Photo: RCC ESAP/Sanda Topic)

Belgrade - The first ever assessors training on benchlearning for representatives of Public Employment Services (PES) from the Western Balkans, organized by the Regional Cooperation Council’ (RCC) Employment and Social Affairs Regional Platform (ESAP) project, was held  in Belgrade today.
“This training is based on the EU methodology and will prepare Western Balkan PES offices to implement the benchlearning initiative in line with the EU PES. The EU PES assessors network already exists but this is the first time that regional PES staff has an opportunity to receive the training, which forms the Western Balkans’ PES assessors network. Through the ESAP project the RCC has assembled a team of experts form the region to support the PES offices in the process and provide further assistance in learning and exchange of experience between you and the EU PES network“, said RCC Senior Expert on Skills and Mobility, Vanja Ivosevic in her opening remarks, thanking the participants for providing data for the quantitative benchmarking exercise based on the list of indicators that was jointly agreed back in June 2017 in Skopje.
Benchlearning, a tool assisting PES from Western Balkans to strengthen performance management and align their operations and practices with the EU PES, is an important contributor on the region’s EU accession path.
The first half of the workshop was dedicated to the presentation of tools and practical arrangements of the benchlearning process, while the second was organised as a small-group discussion and reflection on the modalities of the benchlearning applicability in Western Balkans.
Following the training, PES offices are to embark on the process of self-assessment and external review based on the methodology of benchlearning, with the support of RCC and its experts, in order to identify and replicate good practices of PES performance management.
Nand Shani, Team Leader of ESAP emphasized the importance of the link between benchmarking and learning in the benchlearning process, through which PES offices will achieve continuous and measurable performance improvement.
RCC will continue to support Western Balkan PES offices in the framework of the ESAP project to ensure the successful completion of the process, the implementation of follow up actions and the sustainability of the initiative.
‘Employment and Social Affairs Platform’ (ESAP) has started in March 2016 and will last for 3 years. It is a regional project financed by the European Commission and jointly implemented by RCC and ILO (International Labour Organisation) in the Western Balkan economies. The project aims to strengthen regional cooperation and institutional capacities of national administrations, employers’ and workers’ organisations, enabling them to develop and effectively implement labour market and social policy reforms in their EU accession process.
Employment and Social Affairs Platform - ESAP