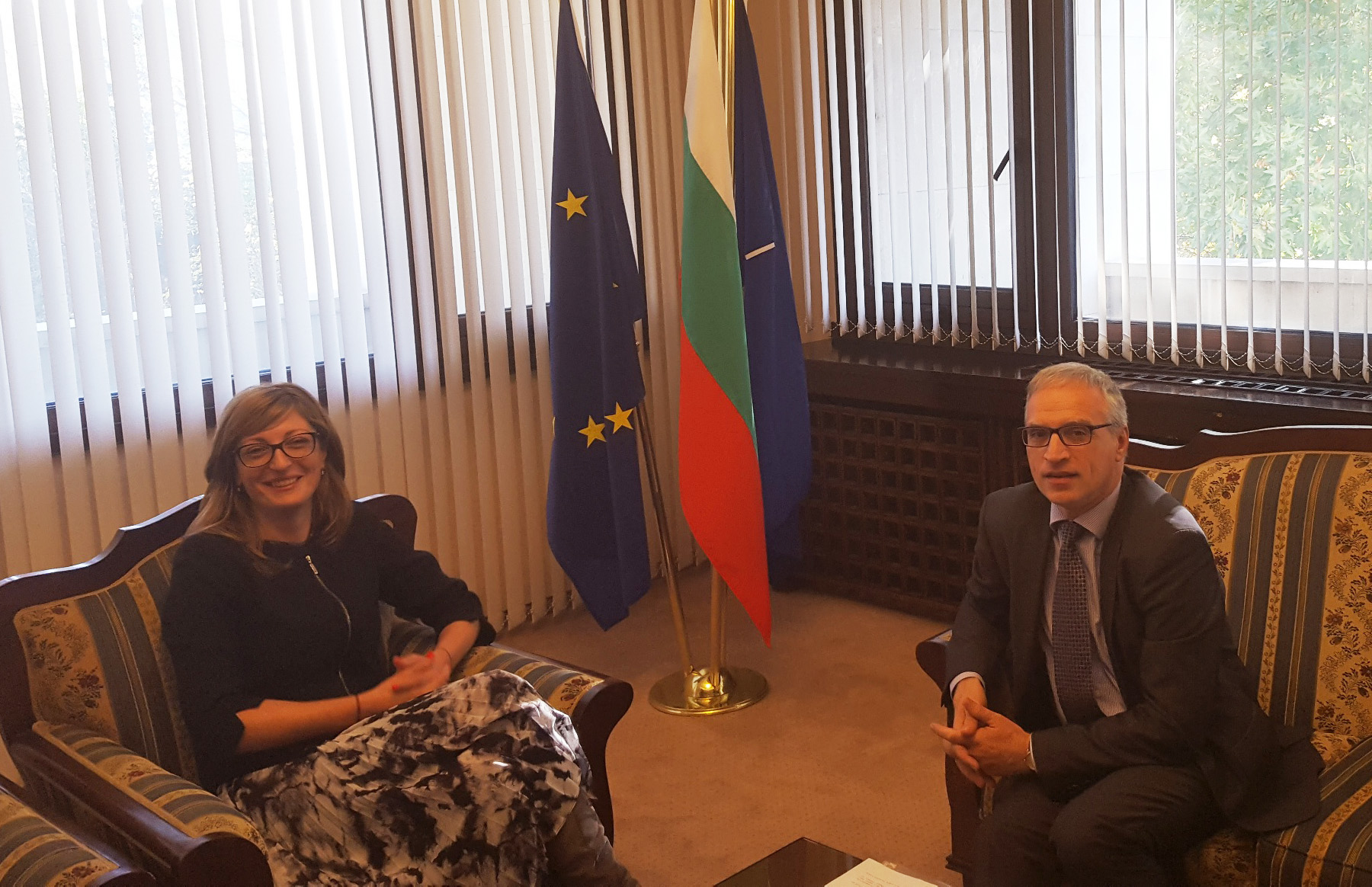 Sofia – Goran Svilanovic, Secretary General of the Regional Cooperation Council (RCC), met with Ekaterina Zaharieva, Bulgarian Deputy Prime Minister for Judicial Reform and Minister of Foreign Affairs, in Sofia today. Svilanovic and Zaharieva talked about the priorities of Bulgaria’s upcoming six-month Presidency of the Council of the European Union, starting on 1 January 2018.

Zaharieva said that principal priority of Bulgaria’s EU Presidency would be Western Balkans and support to its European perspective, expressing her country’s intention to continue strengthening the EU’s cooperation with the region through practical measures, such as necessary energy infrastructure, for example. She underlined that quicker EU integration has already been recognised as a main priority economies of the region, adding that Western Balkans has to use this unique opportunity as the EU Council Presidency is being held in succession by five pro-enlargement EU Member States: Estonia, Bulgaria, Austria, Romania and Croatia.
RCC Secretary General Svilanovic highlighted that the region can benefit from a forward-looking cooperation between the RCC and Bulgaria in its capacity as the Presidency of the Council of the EU.
“We are looking forward to the incoming Bulgarian EU Presidency, its strong desire and ambition to put a greater focus on the Western Balkans during the first half of 2018. The RCC and Bulgaria can cooperate in promoting the common cause of the region and support the positive momentum in regional cooperation that has been generated this year.”
He informed the Minister on RCC’s activities, in particular those related to the implementation of the Multiannual Action Plan (MAP) on Western Balkans Regional Economic Area (REA), endorsed by the region’s leaders in Trieste this summer, and RCC’s activities in this regard. “We created the MAP to enable unobstructed flow of goods, services, capital and highly skilled labour, making the region more attractive for investment and commerce thus speeding up its EU prospects and making the region grow economically. I am pleased to say that the implementation of MAP has already begun, and the RCC will seek to identify links and opportunities in order to anchor the SEECP participants in the RCC interventions rolled out in support of the deliverables defined in MAP.
The two officials also talked about the concrete activities of Bulgaria’s EU Presidency and the announced meeting of the Prime Ministers of the Western Balkan economies and the EU, which should take place in May 2018 in Bulgaria. They also touched upon the fact that next year it will be 10 years since the RCC was officially launched at the meeting of the Ministers of Foreign Affairs of the SEECP in Sofia, on 27 February 2008. They agreed that this anniversary also represented an occasion to highlight the Council’s work and achievements.
The RCC Secretary General is also taking part in the EU – Western Balkans Ministerial Forum on Justice and Home Affairs which is being held in Sofia today and tomorrow and gathering all 6 justice ministers from the Western Balkans, EU Commissioner for Justice, Consumers and Gender Equality, EUROJUST and RCC. The meeting with Minister Zaharieva is a part of his regular dialogue with the RCC participants.
Secretary GeneralPolitical