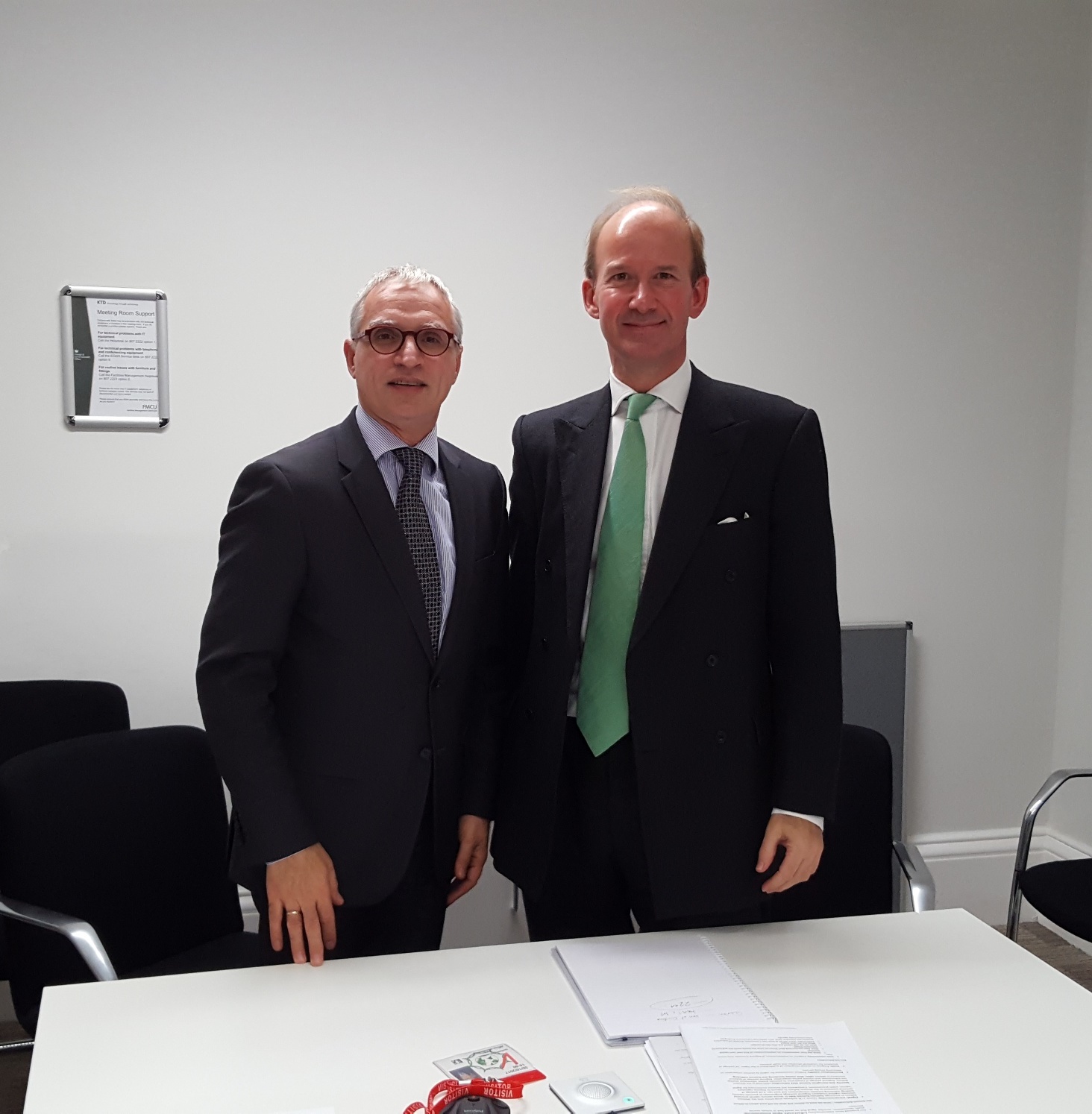 London – Goran Svilanovic, Regional Cooperation Council’s (RCC) Secretary General met with UK’s Foreign Office and Commonwealth officials Fiona McIlwham, Peter Bainbridge, Director and Deputy Director of Western Balkans Department (EuD - WBD),  Andrew Page, Western Balkans Summit 2018 Coordinator and Andrew Staunton, Member of the core team for organisation of the Summit to discuss the upcoming Western Balkans Summit in London, hosted by the Foreign Office, as a part of the Berlin Process initiative.
Svilanovic expressed his appreciation over the UK’s support and commitment to Berlin process and EU enlargement to the Western Balkans.
“Upcoming Western Balkans Summit in London in 2018 will reaffirm region’s commitment to continue implementing the reforms undertaken at this year’s summit in Trieste but also review the progress made since then. The Prime Ministers agreed that regional cooperation and stepping up the necessary reforms are the way ahead towards the EU membership. Specifically, they focused on Trade, Investment, Mobility and Digital Integration (MAP), a part of the Multi-Annual Action Plan for Regional Economic Area as a comprehensive set of measures needed for economic and social progress of their societies.”
Mr. Andrew Page underlined that despite the already commenced BREXIT negotiations, the UK will continue its strong support to the Western Balkans economies in their EU integration efforts. Highlighting the progress achieved in the Berlin process so far, UK intends to build upon it seeking for new areas and projects that can bring an added value. By consulting with different stakeholders, UK will be exploring possibilities to complement the activities, which the incoming Bulgarian Presidency of the Council of the EU is envisaging in its ambitious Western Balkans agenda.
The two sides reflected on ideas how to set up the London Summit in pursuit of concrete deliverables and increased regional ownership, agreeing to stay in close contact in the run up to the Forum.
Secretary GeneralPolitical