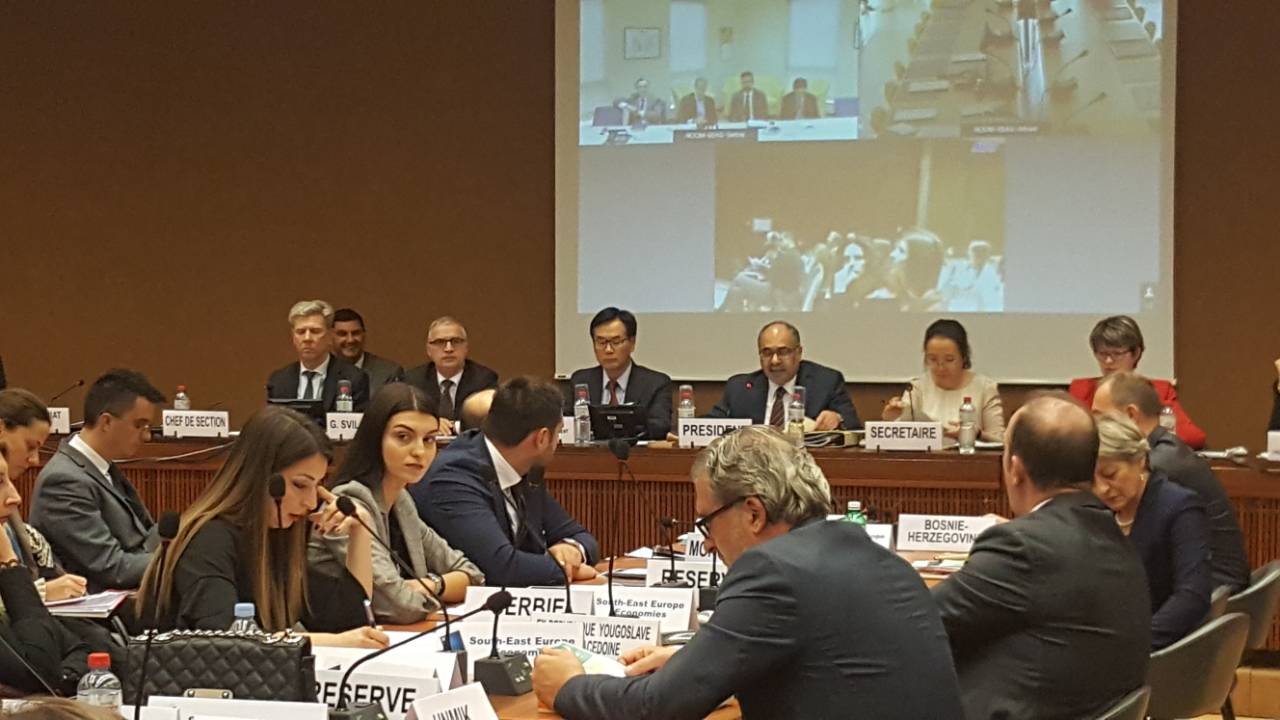 The Investment Policy Review of South East Europe, conducted by the UNCTAD with the support of the RCC, has been presented on 21 November 2017 in Geneva. (Poto: Ivana Gardasevic)

Geneva – The Investment Policy Review (IPR) of South East Europe (SEE), conducted by the United Nations Conference on Trade and Development (UNCTAD) with the support of the Regional Cooperation Council (RCC), has been presented in Geneva today.

The Study is based on a traditional UNCTAD Investment Policy Framework for Sustainable Development, but for the first time developed with a regional outlook on South East Europe. It analyses key features of the national and international policy environment affecting investments, including entry, treatment and protection, procedures to establish a business, fiscal policy and investment incentives, labour market and skills, competition regime as well as regional investment promotion initiatives. For each area, a set of concrete recommendations to improve the investment environment and foster impact is provided.
“It is our hope that the IPR Study will help South East European economies to further improve investment climate. As the competition can sometimes be a zero-sum game, UNCTAD strongly encourages cooperation in investments,” said James Zahn, Director of UNCTAD Division on Investment and Enterprise.
“The main findings of the Study show that enhanced regional cooperation is of crucial importance to attract investment in SEE, given that serious investors coming to any location in the region strategically aim to reap the benefits of scale of this 20-million people market” said Goran Svilanovic, Secretary General of the RCC, adding that the RCC fully recognizes the existing competition and the pursuit of each individual  economy  to attract investment,  and that it would guide the region  to meet the strategic needs of corporate investors by acting together and avoiding “race to the bottom”, as region’s joint strategic goal is to attract more investments in service of the region’s development.
The IPR Study complements the efforts of the “Berlin Process” in general and in particular the RCC-prepared Multi-Annual Action Plan, or simply – MAP, for Regional Economic Area in the Western Balkans, endorsed by the region’s leaders this summer in Trieste. Under the MAP, development and implementation of the regional investment reform agenda was stipulated as one of four priorities, along with trade, mobility, and digital agendas.
Svilanovic announced that the region, under the RCC umbrella, is soon to start working  on constituting a set of policies to undergo reforms, explaining that the existing competition has to be turned towards cooperation and that  the investment agenda should include a heterogeneous mix of policies, involving wide scope of  stakeholders – such as authorities in charge of labour, tax, fiscal incentives, international investment agreements, joint investment promotion, etc as well as the private sector.
IPR has been conducted by UNCTAD in cooperation with the RCC’s South East European Investment Committee (SEEIC) and it was finalized upon extensive consultations with national stakeholders from seven SEE economies: Albania, Bosnia and Herzegovina, Montenegro, Moldova, Serbia, The Former Yugoslav Republic of Macedonia and Kosovo*.
The presentation gathered UNCTAD and RCC representatives, SEEIC economic teams, representatives of private sector, development partners and missions in Geneva.
The Investment Policy Review (IPR) of South East Europe (SEE)