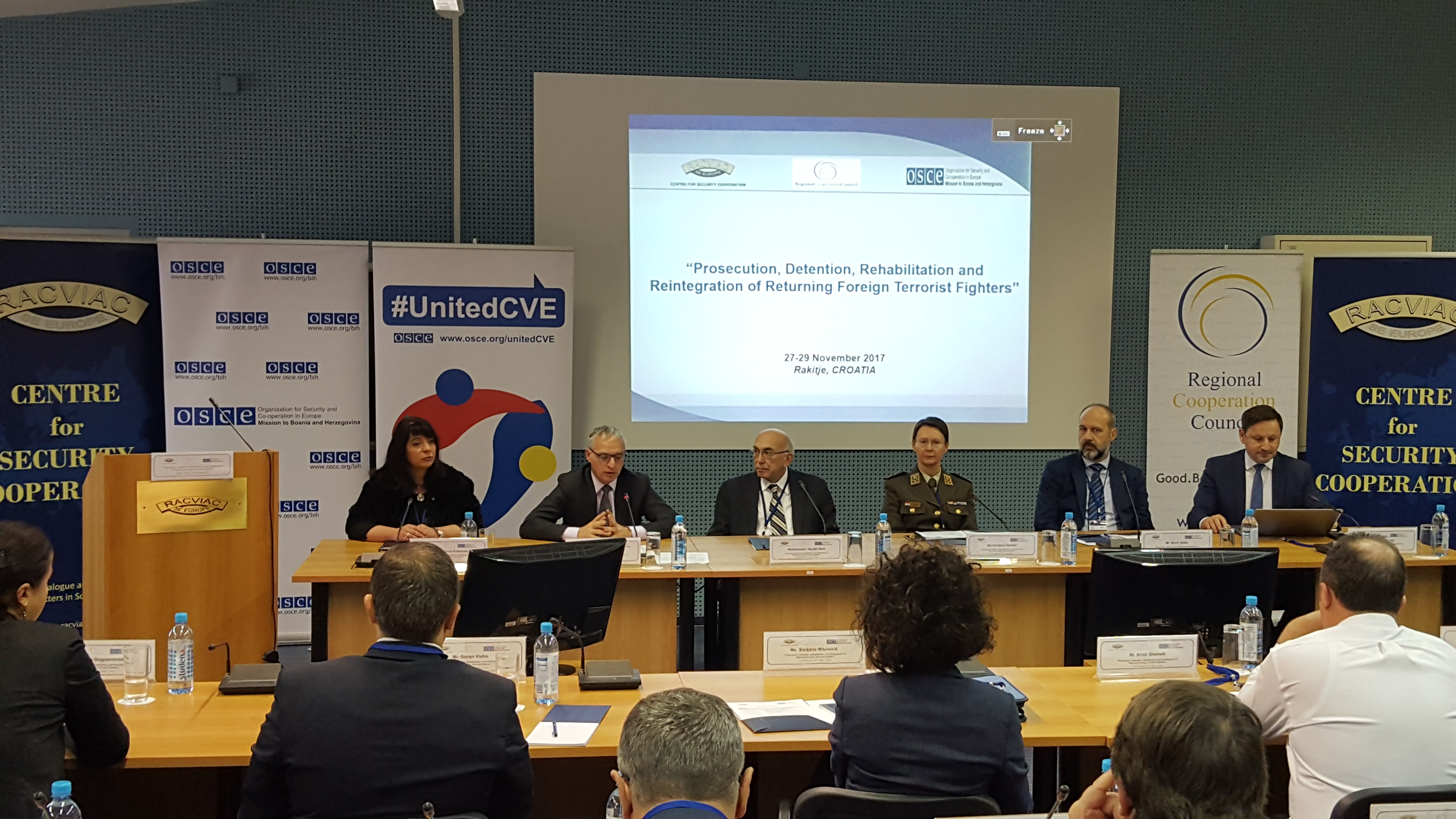 The workshop is to focus on identifying the challenges, priorities, lessons learned, best practices, and engagement of civil society organizations (CSOs) in the process of dealing with returning foreign terrorist fighters.

Welcoming the participants RACVIAC Director Ambassador Haydar Berk reiterated the role of RACVIAC in furthering regional cooperation, trust and confidence, in which active involvement of the economies in the region is essential to come to common solutions for the benefit of the South East Europe.

RCC Secretary General Goran Svilanovic addressing the participants said that the Workshop was a reflection of an ongoing effort of the RCC and its partners to contribute to addressing the problem of returnees.

“The end of terrorist para-state in Syria does not mean the end of violent extremism and radicalization leading to terrorism in South East Europe. Many former foreign terrorist fighters came back to their countries of origin, still more are coming. Whether they are disillusioned or not, we have to deal with them, and to ground our responses in facts. The RCC puts a great emphasis on this line of work and in just two days from now, on Brdo pri Kranju, together with the Slovenian SEECP Chairmanship-in-Office, we will organize the second Regional Coordination Conference in the area of Counter-Terrorism, Prevention and Countering of Violent Extremism.”

The event gathers representatives of the participating governments in the field of law enforcement agencies, academia, and religious communities.