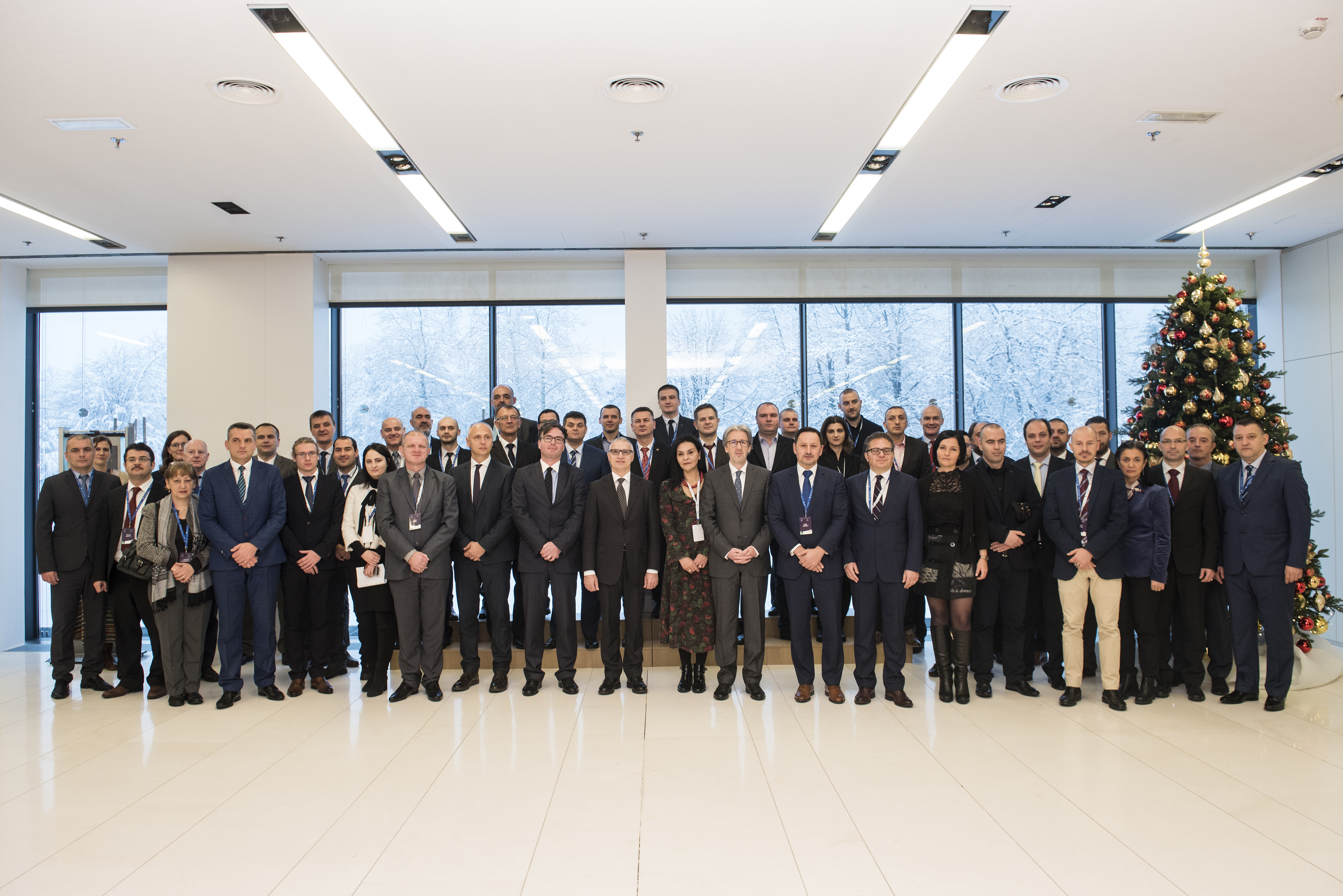 Svilanovic: Departures from the region to Syria and Iraq almost completely stopped by mid-2016

Brdo near Kranj – Second Regional Coordination Conference for Counter-Terrorism (CT) and Prevention and Countering Violent Extremism (P/CVE) in South East Europe (SEE), discussing the enhancement of cooperation and coordination of CT and P/CVE programmes and activities in the region, commenced in Brdo near Kranj, Slovenia today.

Bostjan Sefic, State Secretary at Ministry of Home Affairs of Slovenia officially opened the Conference on behalf of the host Ministry, welcoming the participants and pointing out to the  high importance of today’s Conference as it brought together three different levels of partners: political, strategic and operational.

He continued to say that safe and stabile region was a significant part of the global security, adding that Slovenia was investing a lot in regional cooperation and supporting collaborative approach to combating terrorism, foreign terrorist fighters and any violent extremism, within the EU but in the region as well.

Goran Svilanovic, the RCC Secretary General, addressed the participants reminding them on the conclusions of the first Regional Conference, held in Tirana, Albania in November 2016, which revolved around pressing issues such as early addressing of root causes, the role of local communities and creation of concrete programmes for de-radicalization and reintegration of returnees.

„Our work here is far from over. Terrorism has to be comprehended in order to be defeated, which goes well beyond government and institutional networks and presupposes better understanding of certain societal patterns. To that end the RCC commissioned a study[1], which finds that in the period 2012-2017, some 1000 individuals from the Western Balkans travelled to Syria and Iraq, about 300 have returned, more than 200 have been killed, and some 400 remain there, although the pace of the departure of citizens from this region slowed down in 2015, and almost completely stopped by mid-2016. At the same time, around 5,000 EU citizens went to fight in Syria and Iraq”, said Svilanovic concluding that such compelling data brought us closer to conceiving what should be done, from schools to prisons, in order to defeat violent ideologies leading to dreadfulness of terrorism.

Rajko Kozmelj, Chair of Integrative Internal Security Governance (IISG) reiterated the role of the Western Balkan Counter-Terrorism initiative (WBCTi), a coordinated and needs-based response to radicalization leading to violent extremism and terrorism in the Western Balkans, explaining that based on its work the region has recognised and acted upon several new and useful synergies in the solutions they offer in filling the gaps in strategic, policy and operational-level cooperation.

„The WBCTi will thus continue to identify potential new synergies and optimise the added value of all partners’ investments in order to provide sustainable and cost-benefit efficient solutions to arrive to functioning 'Prevent–Refer–Address' Mechanism (P-R-A) in each WB beneficiary.“

The Conference boosts mutual understanding of all relevant stakeholders and is envisaged to result in specific conclusions and recommendations on future direction of joint CT and P/CVE efforts in SEE that would streamline cooperation, efficiently engaging region’s limited human and financial resources.

The participants will also talk about the current trends and challenges, activities at European, regional, and national level, and the ways of implementing already agreed “whole of government, whole of society” approach in P-CVE. The meeting will also hear about the activities and results achieved since the last Coordination Conference, held in November 2016 in Tirana.

The NFP Group will make a policy overview of trends in violent extremism and radicalization leading to terrorism in South East Europe, as well as programmes, activities, and challenges encountered in prevention and countering violent extremism (P/CVE) at regional, national, and local levels. The participants will discuss and agree on guidelines for further action at regional and national level.

The Conference, organised by the Regional Cooperation Council (RCC) together with the Slovenian South-East European Cooperation Process (SEECP) Chairmanship-in-Office, in cooperation with the Western Balkans Counter-Terrorism Initiative (WBCTi) and the Police Cooperation Convention for Southeast Europe (PCC SEE), gathers representatives of national governments and international and regional organisations and initiatives active in the field.

SUMMARY OF THE STUDY: A Waiting Game: Assessing and Responding to the Threat from Returning Foreign Fighters in the Western Balkans”

1 “A Waiting Game: Assessing and Responding to the Threat from Returning Foreign Fighters in the Western Balkans” by Dr Vlado Azinović, Professor, Faculty of Political Science, University of Sarajevo