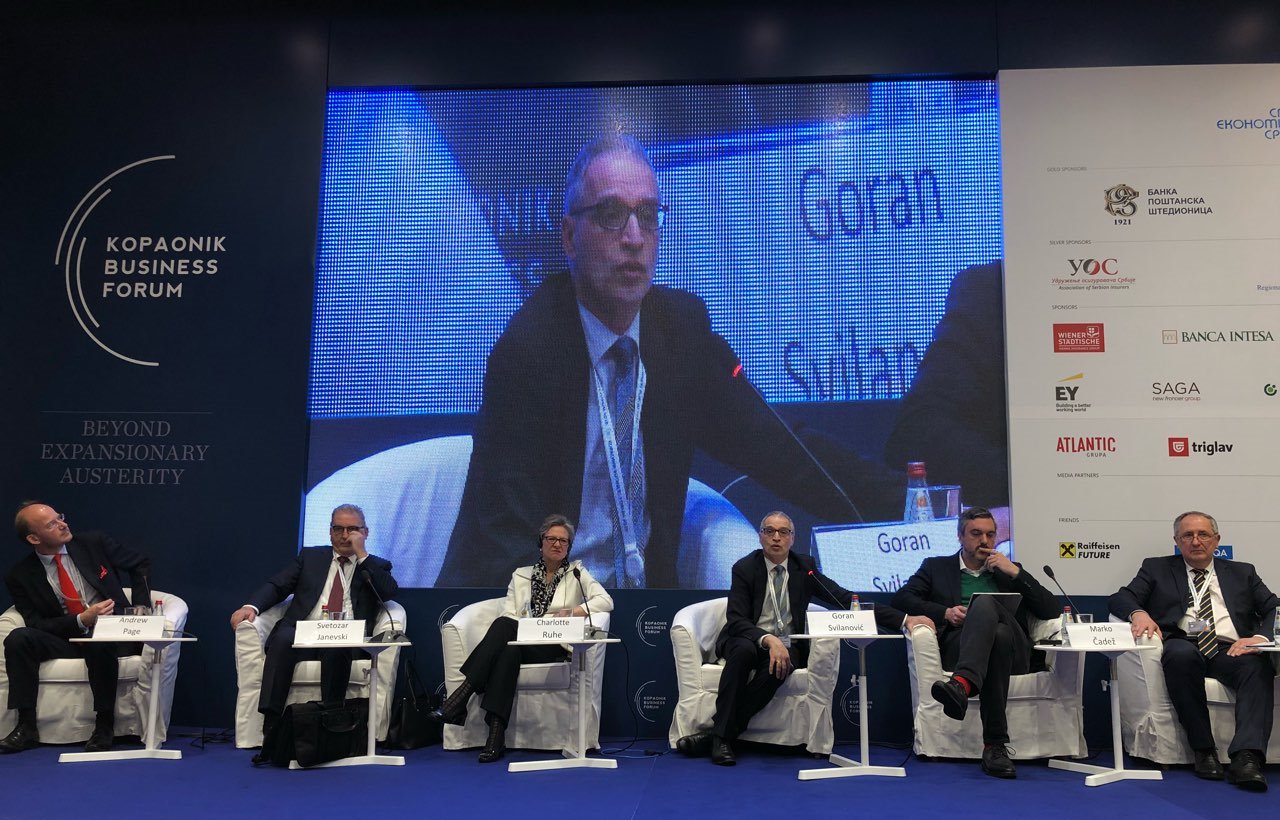 The Secretary General Svilanovic underlined that regional cooperation of the Western Balkans has received a new impetus through the Berlin process to design a common approach to addressing the key economic challenges and jointly respond to demands of European and global markets.

“Multi-Annual Action Plan for Regional Economic Area (MAP REA), developed by the RCC upon request of the region’s Prime Ministers, adopted by them at the Western Balkans Summit in Trieste last summer, aims to adequately address many of the challenges the region faces. Its implementation has already started in the areas of investments, digital agenda, mobility of highly-educated and skilled labour, while the trade segment of MAP is covered by our partners from Central European Free Trade Agreement (CEFTA)“, said Svilanovic adding that by the upcoming Western Balkans Summit in London in July the RCC planned to present draft agreement on automatic recognition of professionals in construction and health sectors thus opening the doors for unhindered work of these professionals across the region.

Furthermore, the MAP REA implementation moves forward in the area of roaming charges, where the RCC is to provide proposal for decrease of the roaming charges to ease communication. Also, plans for joint promotion of the region’s investment potentials to foreign investors as well as reform agenda for harmonization and improvement of investment policies are underway.

The panellists: Marko Cadez, President of Chamber of Commerce and Industry of Serbia; Svetozar Janevski, President of Tikveš Winery; Dragan Mikerevic, Professor at Faculty of Economics, University of Banja Luka; Andrew Page, Western Balkans Summit Coordinator at the UK Foreign and Commonwealth Office; and Charlotte Ruhe, Managing Director for Central and South Eastern Europe at European Bank for Reconstruction and Development (EBRD) discussed the Multi-Annual Action Plan for Regional Economic Area (MAP REA) in the Western Balkans, deliberating on the anticipated results of this Berlin Process initiative, and its impact on the region's growth and the EU integration process.

The Kopaonik Business Forum, organized by the Serbian Association of Economists and Serbian Association of Corporate Directors, is held in the first week of March at the Kopaonik Convention Centre. The Forum gathers over 1,200 participants, including eminent professors, government officials, members of the diplomatic corps, businessmen, domestic and foreign investors, and representatives of international financial organisations.