RCC celebrates its 10th Birthday, awards EXIT as Champion of Regional Cooperation for 2017 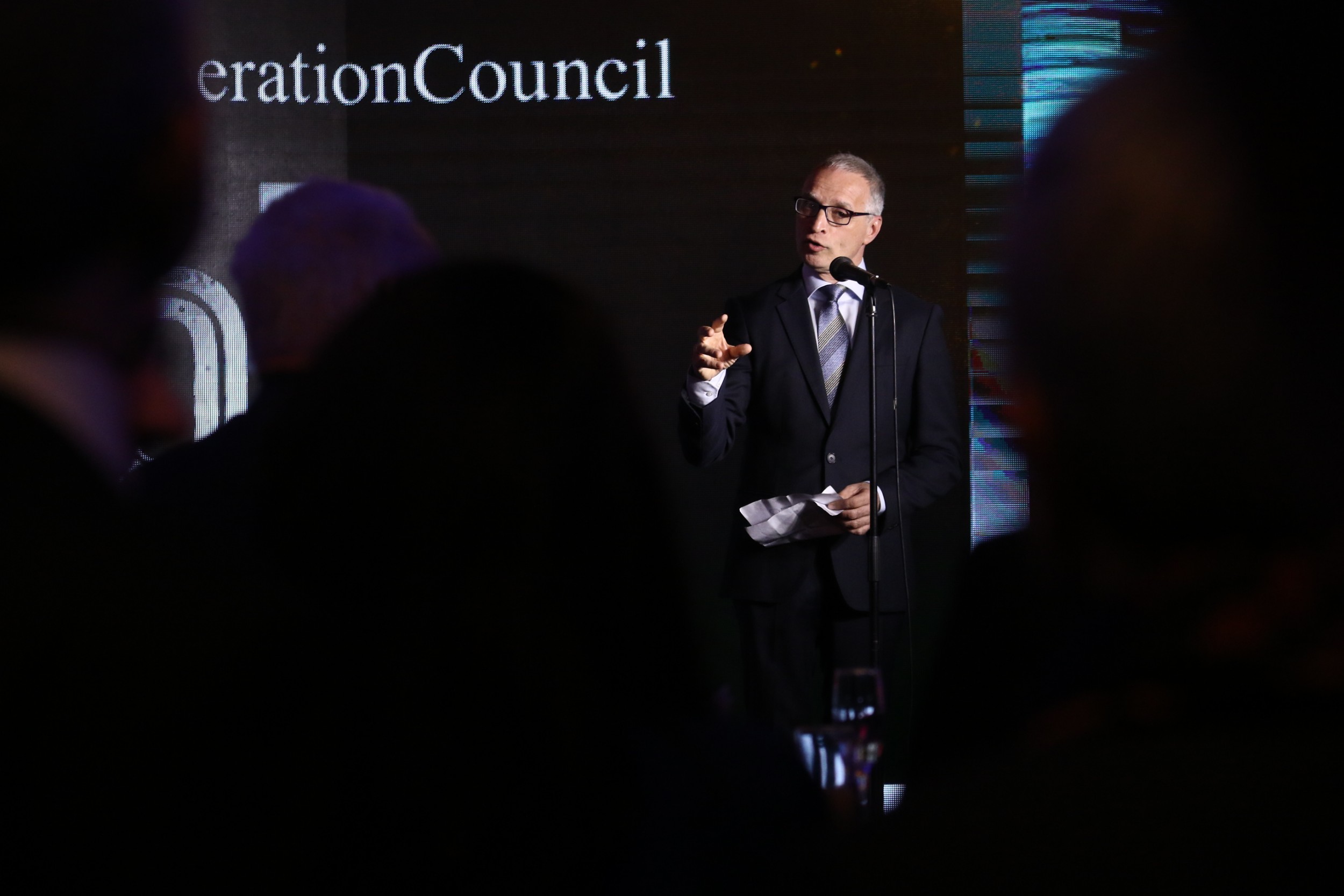 Svilanovic: RCC today is a power-tool for regional cooperation and growth of South East Europe

Sarajevo – The Regional Cooperation Council (RCC) marked its 10th birthday by presenting a brief overview of the past 10 years of the organisation’s activities to its partners, stakeholders and friends and awarding the EXIT Festival as Champion of Regional Cooperation  for 2017, at a reception in Sarajevo last night.
“‘It is my professional privilege and personal satisfaction to celebrate 10th birthday of this organisation. We have come a long way, through both good and bad times, many great successes, with some important lessons learned.  Still, however challenging the journey has always been, we enjoyed it, sharing our dedication and  conviction, led by the core purpose of our work - better   future for all of us”, said Goran Svilanovic while welcoming the guests.
“The RCC today is a power-tool for regional cooperation and growth of South East Europe. Served by highly motivated people, driven to make changes, the RCC is working towards bringing the prosperity to our region. I do believe that working together makes the region stronger and that regional cooperation is a shortcut to faster South East Europe’s progress on the EU path. That is the goal we are striving for”, concluded Svilanovic.
As a part of the celebration, the RCC Secretary General presented the award Champion of Regional Cooperation to Dusan Kovacevic, founder of the EXIT Festival. Svilanovic expressed great pleasure on behalf of the RCC, presenting the Champion of Regional Cooperation award to EXIT, adding that the festival, with universal musical repertoires, bridges language, cultural, political and all other differences, offering us new times and a window into the world of tomorrow in a spirit of tolerance, understanding and prosperity that all of us should look up to.
Thanking the RCC for recognising their efforts to strengthen cultural, social, economic and media ties in the region, Kovacevic reminded that EXIT has always been more than just a music festival, established as an activist movement for freedom and peace on the Balkans in order to amass and reconcile young people from all over the region.
“After almost 20 years and several hundreds of social and humanitarian actions this mission remains the essence of our work. The vision of expanding EXIT festival in the region aims to support this mission and all our festivals in Croatia, Montenegro, Romania and as of tomorrow in Bosnia and Herzegovina testify to this.“
The RCC 10th Anniversary  reception gathered many partners, stakeholders and friends with who organisation collaborated over the years. The event was addressed by: Erhard Busek, Coordinator of the South-Eastern Cooperative Initiative (SECI) and former Special Co-ordinator of the Stability Pact for South Eastern Europe, RCC's predecessor; Hidajet Biscevic, the first RCC Secretary General and current Head of Delegation  of European Union (EU) to Tajikistan; Bulgarian Ambassador to BiH H.E. Ms. Avgustina Tzvetkova-Karabasheva on Behalf of Bulgaria's EU Presidency; and Edin Dilberovic, Director of The Directorate for European Integration of Bosnia and Herzegovina on behalf of BiH authorities.
The official part of the evening was followed by the mini concert of Bosnia and Herzegovina’s band ‘Divanhana’, performing traditional music from the Western Balkans region.
Watch the RCC Anniversary video
*************
The RCC was officially launched at the meeting of the Ministers of Foreign Affairs of the South-East European Cooperation Process (SEECP) in Sofia, on 27 February 2008, under which auspices it continues to operate to this day.
The Champion of Regional Cooperation annual award to an individual or an institution for contribution to the development of regional cooperation in South East Europe. The first laureate of this award was the Central European Free Trade Agreement - CEFTA 2006, followed by South East European Centre for Entrepreneurial Learning (SEECEL), Energy Community Secretariat (EnC), European Fund for the Balkans (EFB) and Sarajevo Film Festival (SFF) that received the award last year.
Secretary GeneralPoliticalSEECP