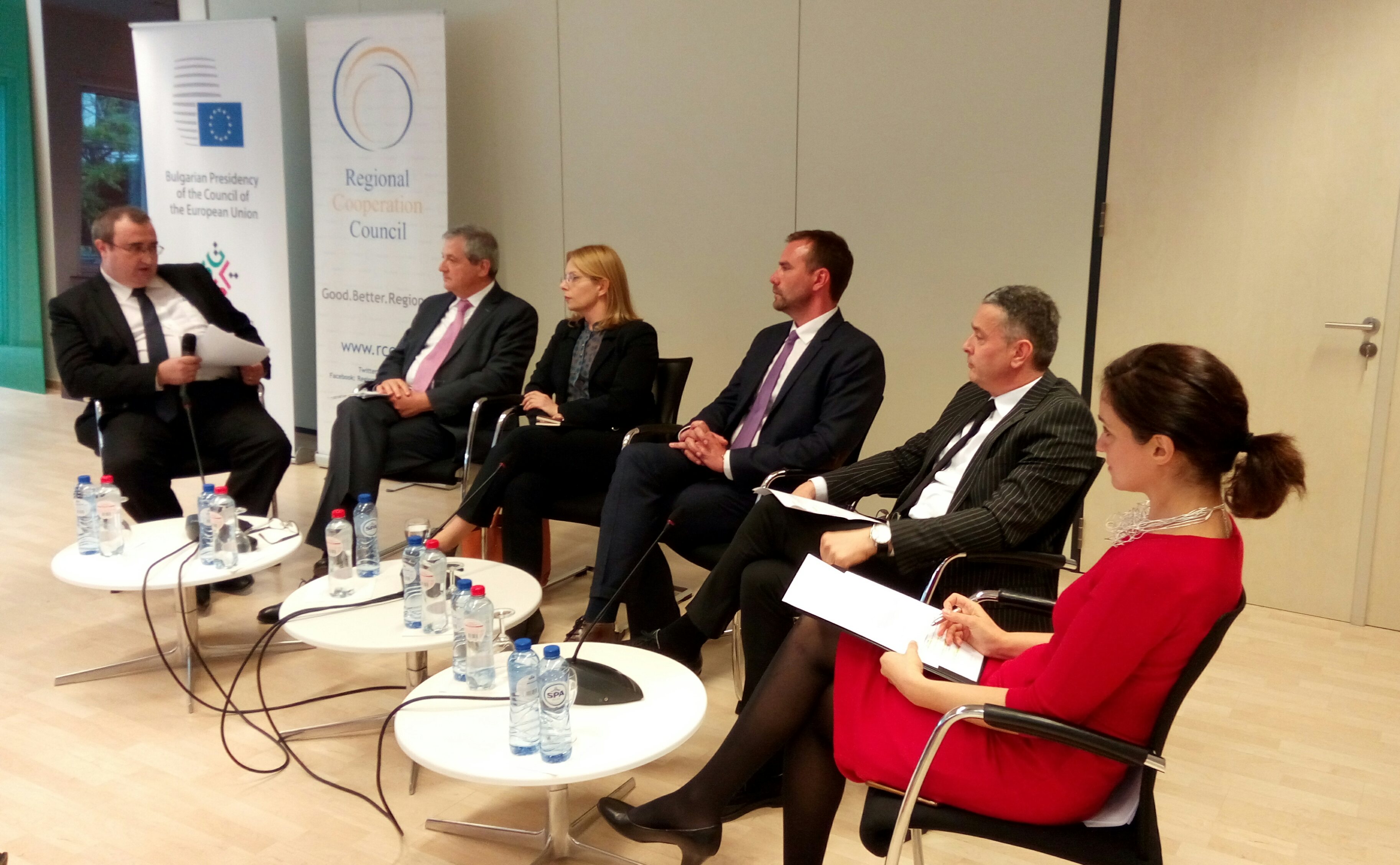 Brussels - Bulgarian Presidency of the Council of the European Union together with the Regional Cooperation Council (RCC) hosted a conference on the Western Balkans’ European perspective through growth, good governance and enhanced cooperation, in Brussels today.

Talking about European perspective of the Western Balkans, during the introductory remarks in the panel discussion, the RCC Secretary General, Goran Svilanovic said that the region has shown its dedication and willingness to progress on the EU path, stressing that there was a lot more to be done and the action dynamics should be maintained.

„The region cannot afford to lose more time on misunderstandings and lack of action. The latest EU Enlargement Strategy for the Western Balkans offers a lot but based on deed and merit. Towards that end, the RCC, together with the region's leaders, has set and ambitious Multi-Annual Action Plan on Regional Economic Area (MAP REA) that has already yielded tangible results, alike recent, very successful 1st Western Balkans Digital Summit held in Skopje last week, and many more in the pipeline, to be presented at the upcoming Summits in Sofia and Skopje.“

The conference represented a forum for valuable exchange of views on the how to strengthen EU support to the region and the ways for economies of the region to respond to existing challenges and take full advantage of the proposals included in the latest EU Enlargement Strategy for the Western Balkans.