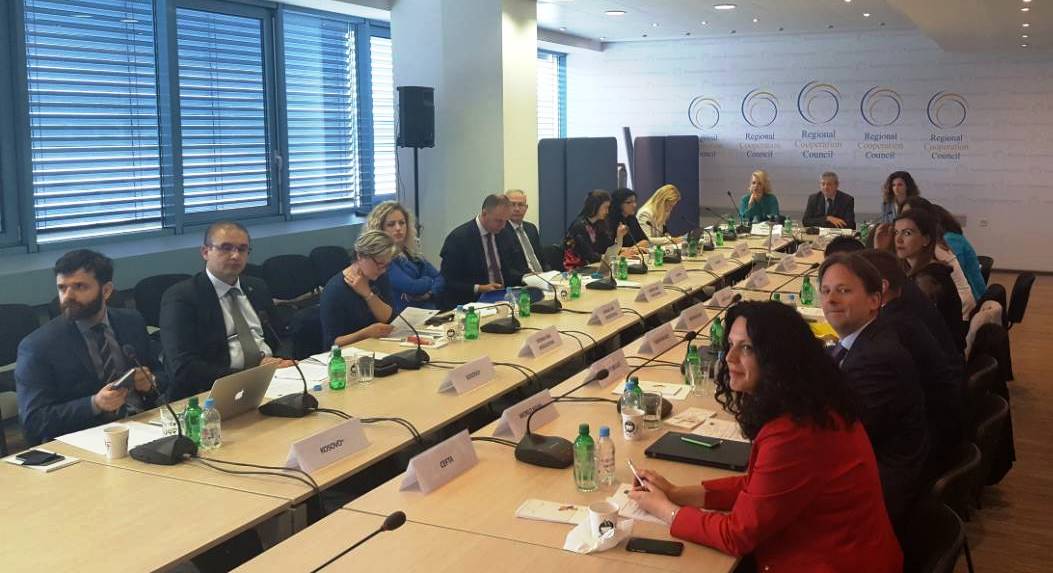 The meeting  predominantly focused on the achievements, results and deliverables within the framework of Multi-Annual Action Plan for Regional Economic Area (MAP REA) for the Western Balkans, and the developments under its investment pillar, pertaining to the Regional investment Reform Agenda (RIRA), Diversification of the Financial Markets, and introduction of Smart Specialization in Industrial Development of the region.

The RCC presented to the SEEIC participants the overall achievements in implementation of MAP REA, endorsed by the Western Balkans Six (WB6) Prime Ministers in Trieste in 2017. Particularly, the SEEIC received the information on the horizontal activities of MAP REA, as well as the ongoing and upcoming activity plan, events calendar and anticipated deliverables in the course of preparation for the WB6 Summits in Sofia (17 May 2018) and London (10 July 2018).

„MAP REA is a springboard towards future EU membership for Western Balkans economies.  The following period is of crucial importance for implementation of the agreed reforms as without effective implementation, ink on paper has no value. We, as a region, need to show dedication and coordination within the national administration, in order to ensure real, tangible results to the agenda thus sending a clear message to the global business community that we are on the move for the better”, said Gazmend Turdiu, RCC Deputy Secretary General at the meeting opening adding that RIRA must not be lost in the bureaucratic procedures of each involved government and that it is effectively implemented, and finally promoted to the investors, to start changing any negative perceptions about our region.

The SEEIC reviewed the RIRA, presented by the RCC and the World Bank , and put it forward for endorsement by the ministers of economies prior to forwarding it to the WB6 Prime Ministers for final adoption and the WB6 Summits in Sofia and London. RIRA includes policy reform proposals in the legislation pertinent to investments, as well as joint regional investment promotion activities, and cooperation with the private sector (WB6 Chamber Investment Forum) in this work.

Preparing for the Sofia Summit, SEEIC reviewed, in line with the MAP REA and SEE 2020 priorities, the draft proposal for the Ministerial Joint Statement (Declaration) that is to be endorsed at the SEEIC Ministerial Meeting, planned for 11 May 2018.

Concluding the meeting, the RCC presented the newly established Project Team for implementation of the RCC’s “Triple P” Tourism Project, as well as upcoming activities and events, and the main priorities in project implementation.

Launched in 2007 by the SEE economies to enhance regional leadership for common investment strategies, SEEIC operates under the umbrella of the RCC and is comprised of SEE’s ministries of economies, liaising with an array of regional and international partners (European Commission, CEFTA, World Bank, OECD, USAID, SEECEL, ETF, TEPAV, etc.