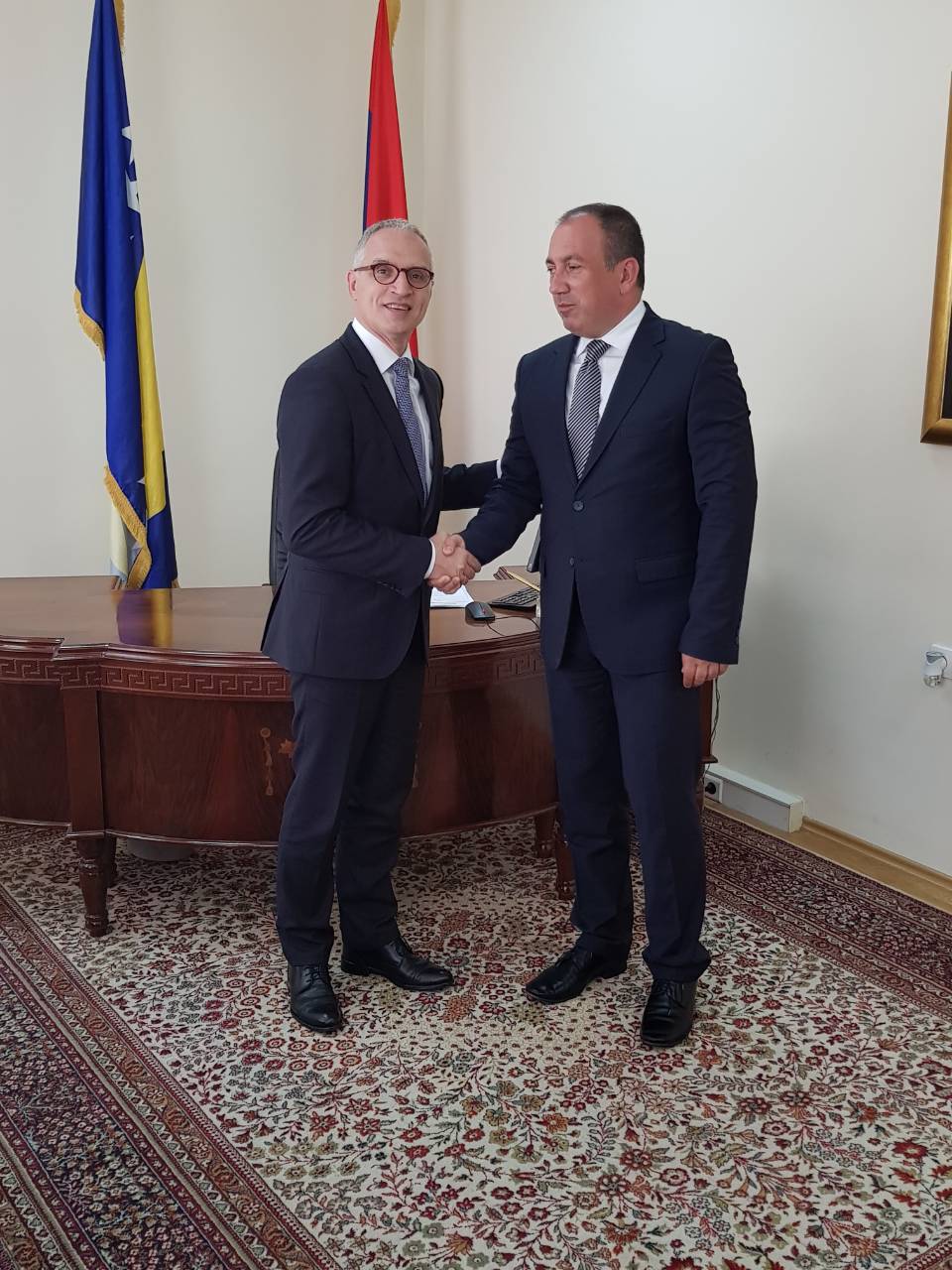 The two officials discussed cooperation in the region, especially in light of Bosnia and Herzegovina’s Chairmanship in Office (C-i-O) of the South East Europe Cooperation Process (SEECP), taken over from Slovenia at SEECP Annual meeting  in April.

Crnadak informed Svilanovic about the priorities of the BiH’s SEECP C-i-O under the motto “Better Connectivity for Better Life”. He stressed that connectivity, especially digital, infrastructural, business, security and youth, will be in focus of their SEECP C-i-O priorities.

Further on Minister  Crnadak briefly presented plans in regards to SEECP calendar, adding that the Ministry relied on continuation of strong cooperation with the RCC, as it is SEECP’s operational mechanism in charge of promotion and strengthening of regional ties and activities.   Secretary General Svilanovic welcomed the presented priorities of the Bosnia and Herzegovina’s SEECP C-i-O, stressing its complementarity with the RCC agenda in the forthcoming period.

“At the Trieste Summit last year, the region’s leaders endorsed the Multiannual action plan for Regional Economic Area (MAP REA) we have prepared, which focuses on  strengthening of the Western Balkans’ economic development through connectivity, mobility, investments and trade. Less than a month ago, at the high level summit of the heads of governments from the region and the EU in Sofia, I have presented the preliminary results of the MAP implementation. The full report will be ready and presented to the leaders at their annual Berlin Process Summit in London in July.”

Svilanovic said that  MAP REA is well-internalized, with commitment across all levels and in an ongoing implementation phase, especially in the area of connectivity. Therefore, BiH SEECP priorities will be a welcoming additional impetus, because more projects and interventions are needed so the implementation of  MAP REA  could be stepped up.

The two officials concluded that the RCC will work closely with the BiH’s SEECP C-i-O in order to harmonize and maximize planned activities yielding better results for the region.