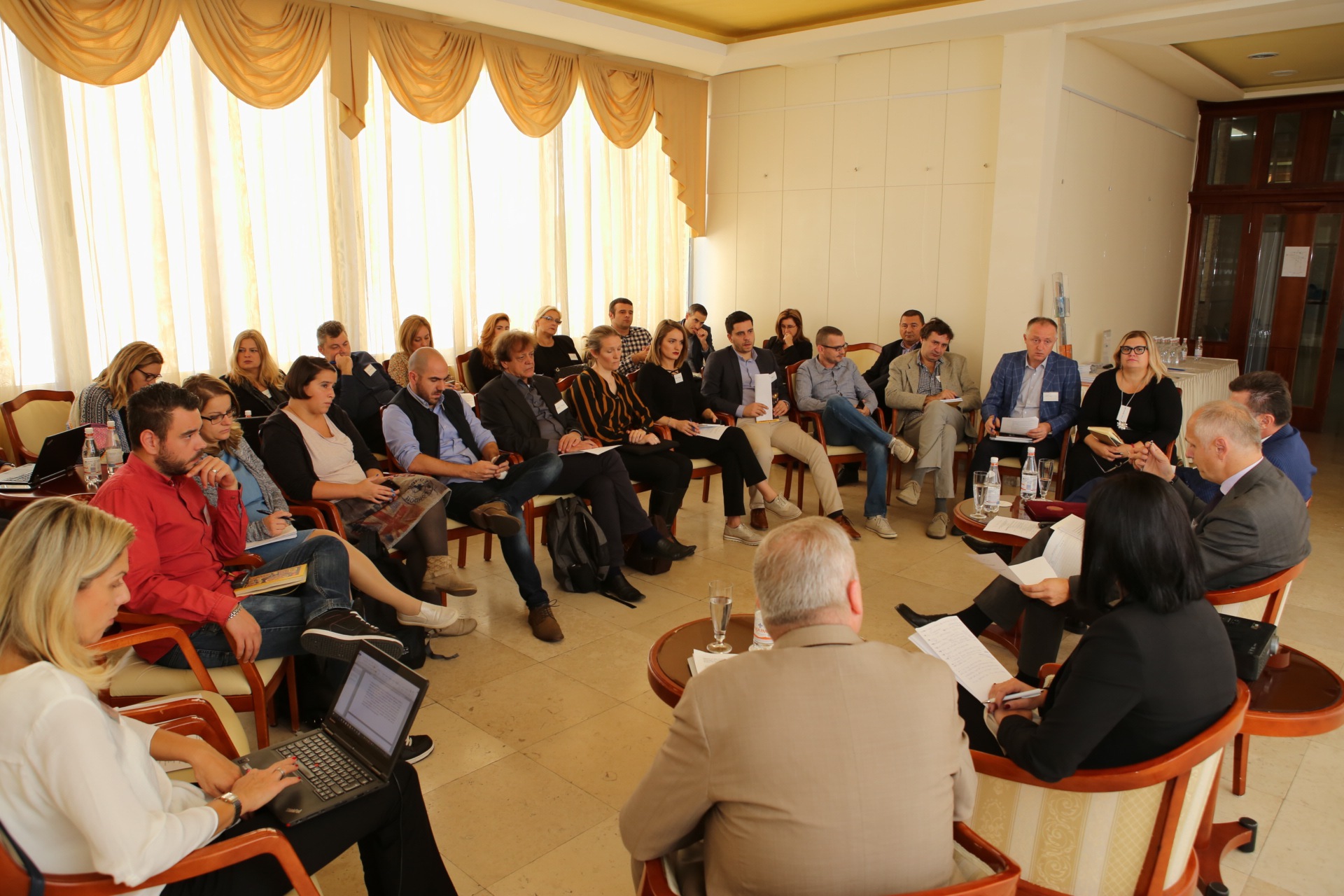 The Regional Cooperation Council (RCC) hosted a Regional Workshop on media coverage of violent extremism-related topics for journalists from the Western Balkans, in Budva, Montenegro on 25 October 2018 (Photo: RCC/Radonja Srdanovic)

The event gathers journalist from all over Western Balkans together with regional and international experts on the subject matter, discussing the role of media in fight against violent extremism, terrorism, and the phenomena of social media and online radicalisation.

On behalf of the host economy, Dragan Pejanovic, State Secretary at the Ministry of Interior of Montenegro welcomed the participants to the workshop, highlighting the importance of ever so present need for continuous education of media and exchange of experiences that would lead to adequate response of media to this changing challenge, resulting in more informed and professional reporting on this sensitive issue that no region is immune to.

“The quality of media coverage of terrorism is determined, among other things, by the degree of press freedom, financial resources available to the media, cultural factors and individual conceptions of ethics and the social role of the media. To put things into perspective, let me tell you that in 2014 the average rate of homicide worldwide was 6.24 deaths per 100,000 inhabitants, while the number of people died due to terrorism-related activities was 0.47 per 100,000. Following this logic, terrorism does not seem to be the deadliest threat of the 21st century, but it seems to have unprecedented public attention ever since 11 September 2001,” said Amer Kapetanovic, Head of RCC Political Department.

“There is no doubt that the media are  at the heart of this issue, often referred to as the “oxygen” of sensation and panic, because terrorist attacks are usually carefully choreographed to attract the attention of the electronic media and the international press. The reason we gathered here today is to see what we can do to avoid being caught by the spiral of radical narrative thus becoming  their ammunition, while at the same time continue to play indispensable role of reporting, spreading the news, informing the public and, after all, pursuing important societal role media play  in every democracy nowadays.”

The journalists participating in the workshop will be discussing several specific topics as elaborated by the expert speakers: The role of the media in reporting on terrorism; Social media and terrorism, including online radicalization: A new virtual battlefield?; The role of the “Whole society approach” - How to build effective counter-narratives to radicalisation and violent extremism?. The experts providing in-depth presentations on the said topics are: Valery Perry, Project Coordinator at the OSCE Mission in Belgrade, Denis Dzidic, Editor and Journalist at BIRN, Sheelagh Brady, Independent analyst at Dublin University, Zoran Popov, RCC Security Policy Advisor, and Sergej Erdelja, Expert and supervisor in the field of whole society approach to de-radicalization (social work).

Filip de Ceuninck, Regional CT/Security Advisor at the European Union Delegation to Bosnia and Herzegovina, asked for seek active participation of media, considering their specific and extremely important role in any society, in a joint fight against all forms of terrorism and violent extremism, stressing that prevention is the key to successful combat against this phenomena, involving all layers of the society: law enforcement, civil society, families.

Jelka Klemenc, Senior Advisor of the Integrative Internal Security Governance (IISG), elaborated on the mandate of IISG, where preventing and countering radicalisation and violent extremism are among its highest priorities. She emphasised the importance of greater alignment in the approach offered by the international community in terms of efficient achievement of a whole-of-society approach. In this approach, the media plays a crucial role.

The event  is a part of  the Integrative Internal Security Governance (IISG)/ The Western Balkan Counter-Terrorism initiative (WBCTi), supported through EU’s Instrument for Pre-Accession Assistance (IPA) II 2016, covering Regional Action on P/CVE in the Western Balkans, in which the Regional Cooperation Council is participating as one of implementing partners.