548.000 EUR worth grants awarded for improvement of Western Balkans cultural and adventure tourism 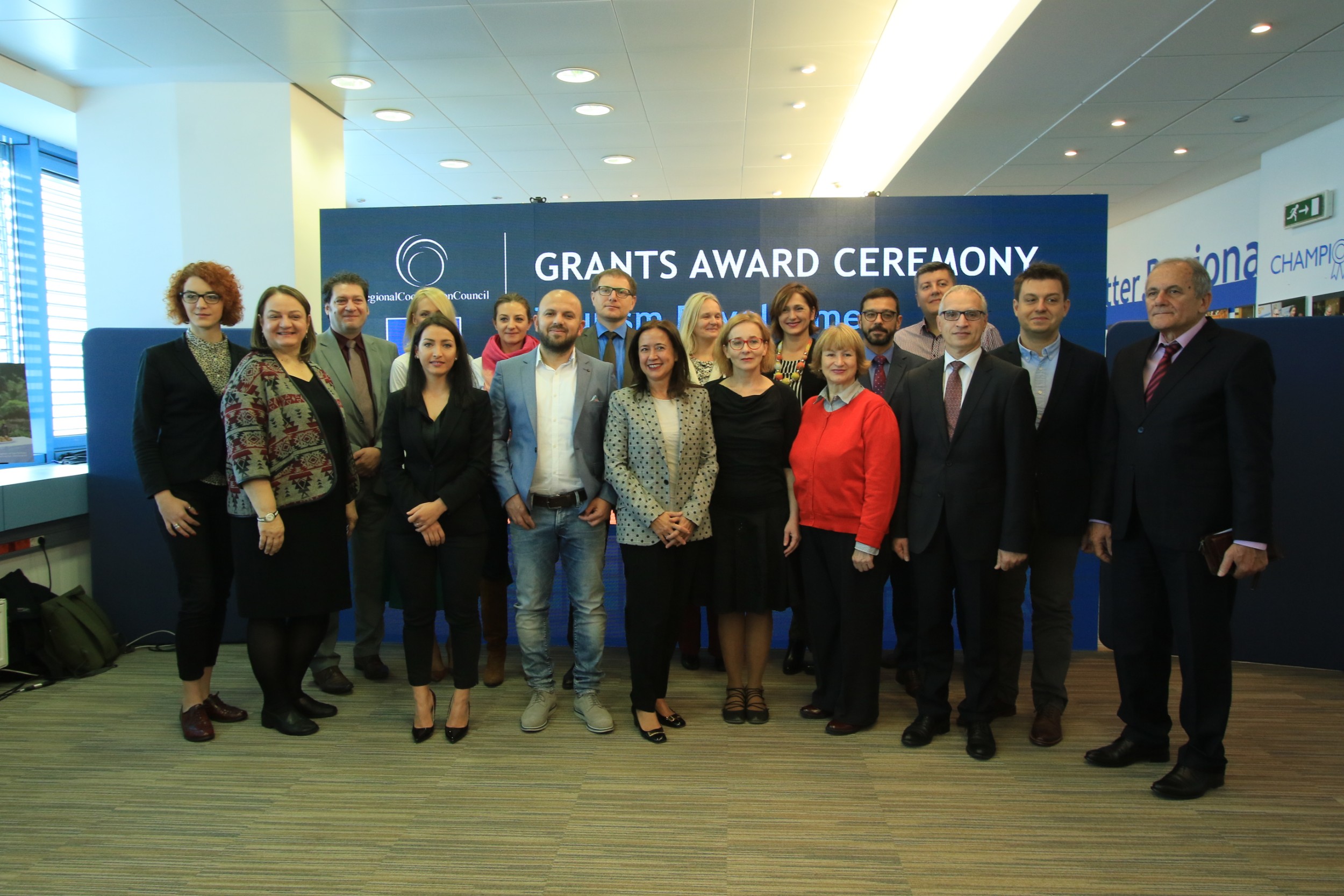 The Regional Cooperation Council (RCC)’s EU-funded Tourism Development and Promotion Project awarded the first twelve grants that will contribute to the expansion of the tourism offer in the region, in Sarajevo on 9 November 2018 (Photo: RCC/Armin Durgut) 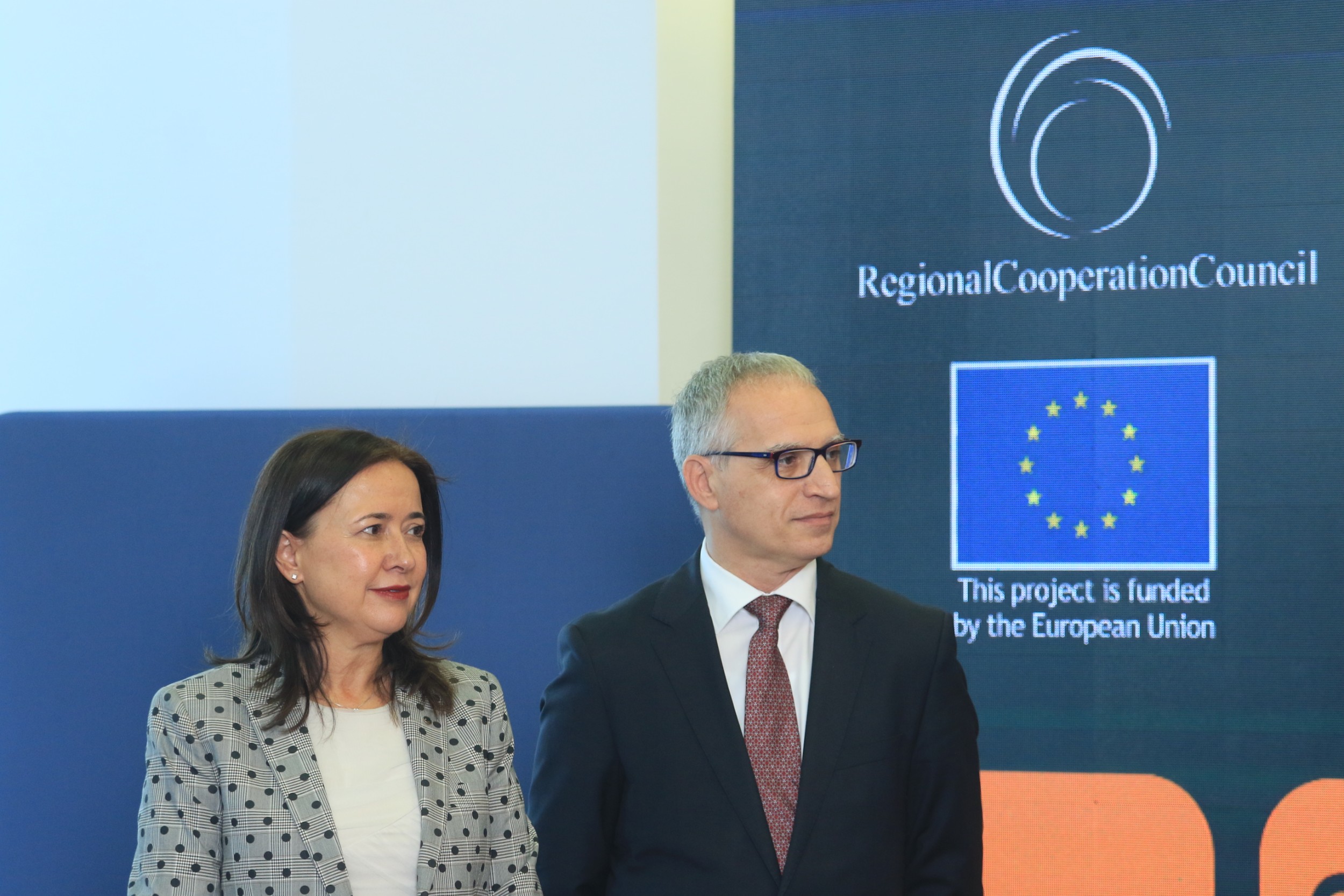 Genoveva Ruiz Calavera, Director for the Western Balkans at the European Commission’s Directorate-General for European Neighbourhood Policy and Enlargement Negotiations and Goran Svilanovic, Secretary General of the Regional Cooperation Council at the First Grant Award Ceremony of the Tourism Development and Promotion Project, in Sarajevo on 9 November 2018 (Photo: RCC/Armin Durgut)

Sarajevo - The Regional Cooperation Council (RCC)’s EU-funded Tourism Development and Promotion Project has awarded the first twelve, out of 30 + grants in a total value of EUR 548,000, in Sarajevo today. These grants are awarded to the best project proposals received through the public call for proposals looking for ideas intended to improve a joint Western Balkans cultural and adventure tourism offer, as well as infrastructure and quality of services along the selected touristic routes.

“These grants, or better said projects, will contribute to the expansion of the tourism offer in the region as they cover all six Western Balkans economies, both when it comes to the areas where they will be implemented and when it comes to those who will be implementing them, so I can say that we have an excellent regional representation and that makes me happy,” said Goran Svilanovic, RCC Secretary General.

“With this we are contributing to the preservation of natural and cultural heritage in the region, and more importantly to the economic development, growth and employment, all of which are our common goals – those of the regional economies, of the RCC, and of the EU who is funding this project. The Balkan Barometer tells us that almost two-thirds – 57 percent to be exact – of the people from Western Balkans who travel in the region do so for leisure so we will be tapping into the intra-regional tourist pool by supporting targeted approach to regional markets; and we have already taken first steps in the international promotion by taking regional operators to international tourism fairs and we will place more efforts into promotion as our value-added tourism products become available and operational.”

Seven out of twelve grants being awarded in the first cycle will be used to develop and promote new regional cultural routes and products including Roman archaeological sites, WWII monuments, fortifications, and cultural heritage of capital cities. The other five will contribute to further development and promotion of the existing adventure tourism routes (Via Dinarica) and development of new products including a regional horseback riding trail.

“We see tourism as an important vector of economic development for the EU - the European Tourism Day took place just two days ago - and for this region. By teaming up to develop and promote joint tourism products, the Western Balkans can diversify and enhance their offer for the people of the region, for the European market and beyond.” said Genoveva Ruiz Calavera, Director for the Western Balkans at the European Commission’s Directorate-General for European Neighbourhood Policy and Enlargement Negotiations. “The grants awarded today will also highlight the common and rich cultural heritage which the region shares which I believe helps build a vision of a common future and contributes to reconciliation. That is why I am proud that the European Union is funding this important project”.

Full list and overview of the awarded grants are available here.

Video: Statement by Genoveva Ruiz Calavera, Director for the Western Balkans at the European Commission’s Directorate-General for European Neighbourhood Policy and Enlargement Negotiations (DG NEAR)

The project, worth EUR 5 million, works to consolidate and diversify cultural and adventure tourism offer in the six Western Balkans economies, develop joint regional tourism routes and products, improve infrastructure and quality of services along selected routes, and globally promote the joint regional offer. The total value of the grants scheme implemented under the project which includes 30+ grants is EUR 1.62 million.

More information about the project is available at: www.rcc.int/tourism