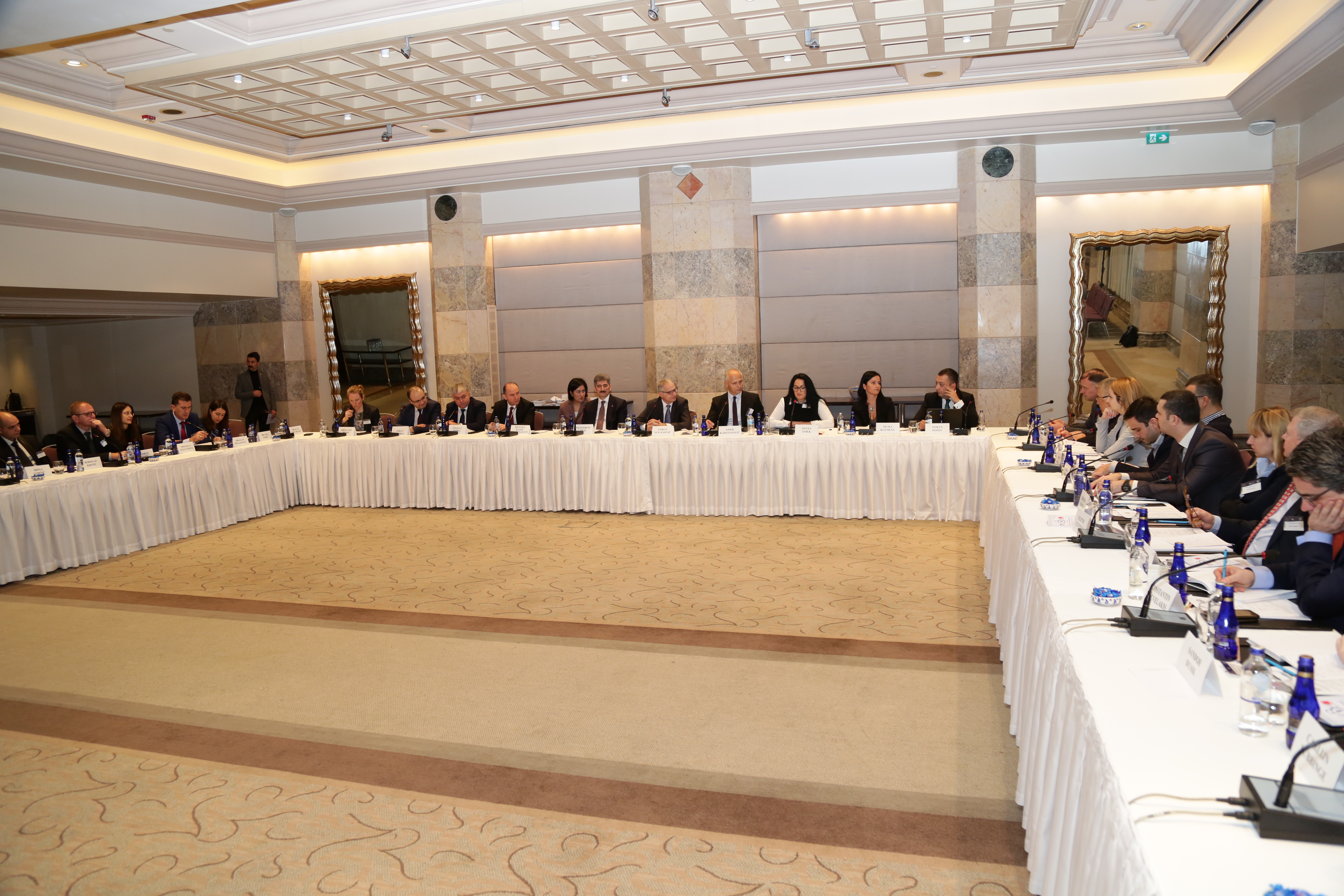 Istanbul – The Third Regional Coordination Conference for Counter-Terrorism (CT) and Prevention and Countering Violent Extremism (P/CVE) in South East Europe (SEE), organized by the Regional Cooperation Council (RCC) in cooperation with the Government and the Ministry of Interior of Turkey, together with Integrative Internal Security Governance Initiative (IISG), opened in Istanbul, Turkey, today.

The conference is a follow-up of the second Regional CT and P/CVE Coordination Conference, held in Slovenia last year, and gathers representatives of national governments, international and regional organisations and initiatives active in the area of counterterrorism, prevention and countering violent extremism in South East Europe, discussing enhancement of cooperation and coordination of CT and P/CVE programmes and activities in this region.

Muhterem Ince, Governor, Deputy Minister of Interior of Turkey opened the Conference on behalf of the host, expressing the pleasure that Istanbul would be a host of wide regional discussions on the important issues such as cybersecurity, radicalization through Internet, prevention of violent extremism and controlling of small weapons but also a venue to share the best practices and experiences in these fields.

“As these are key security topics in each of our economies but also globally, we consider that this conference will contribute to the security of our country, region and the whole World.”

“We are facing a significant shift of priorities in the ever evolving security environment, from flow of foreign terrorist fighters from the region to foreign battlefields in the previous years, to rehabilitation and reintegration of returnees, their families, the phenomena of continuous local radicalization, and last but not the least - cyber security threats. Migration, organized crime and SALW control are also on the top of security agenda in the region,” said RCC Secretary General, Goran Svilanovic, at the opening.

“For us, at the RCC, it has been an important year. We have continued laying the ground for a holistic approach to security cooperation in the region and addressing prevailing challenges in the regional cooperation process in SEE. Cyber security has become the new security hotspot and a serious challenge at global, regional and local level. There were 400 cyber security attacks reported in the Western Balkans in 2017. At the same time the Internet is one of main tools of contemporary terrorist organizations used to identify, recruit and train new members. When it comes to the Western Balkans, the role of the internet in radicalisation processes is evident, but personal interactions remain important, as we note increase in the number of Internet users from 66% to 81% of the population depending on the particular economy.”

The Study has been financed by the European Union that showed its unprecedented support in 2018 to enhanced security cooperation with SEE region, both from legislative and action point of view, aimed at targeting specific security areas of common interest: Security cooperation has been introduced as one out of six flagship initiatives in the EU’s enlargement strategy; The role of IISG has been underscored as crucial in the overall efforts; EU-WB Summit in Sofia and the London Summit of the Berlin Process made strong references to the importance of security cooperation between the EU and the region; JHA Ministerial Meeting adopted the EU’s Joint Action Plan in CT and P/CVE for the region; The last Foreign Affairs Council adopted a new Council Decision on SALW, in support of the SEESAC in the implementation of the Regional Roadmap of SALW.

Besides cyber security and online radicalization, the conference will further tackle topics of regional coherence in P/CVE in SEE and sustainable solutions to preventing the illegal possession, misuse and trafficking of Small Arms and Light Weapons (SALW) in the context of the overall CT resilience.

Meeting of the National Focal Point Group for Prevention and Countering Violent Extremism will also be held the following day, back-to-back with the Conference.

STUDY - “A New Virtual Battlefield; How to prevent online radicalisation in the cyber security realm of the Western Balkans?”