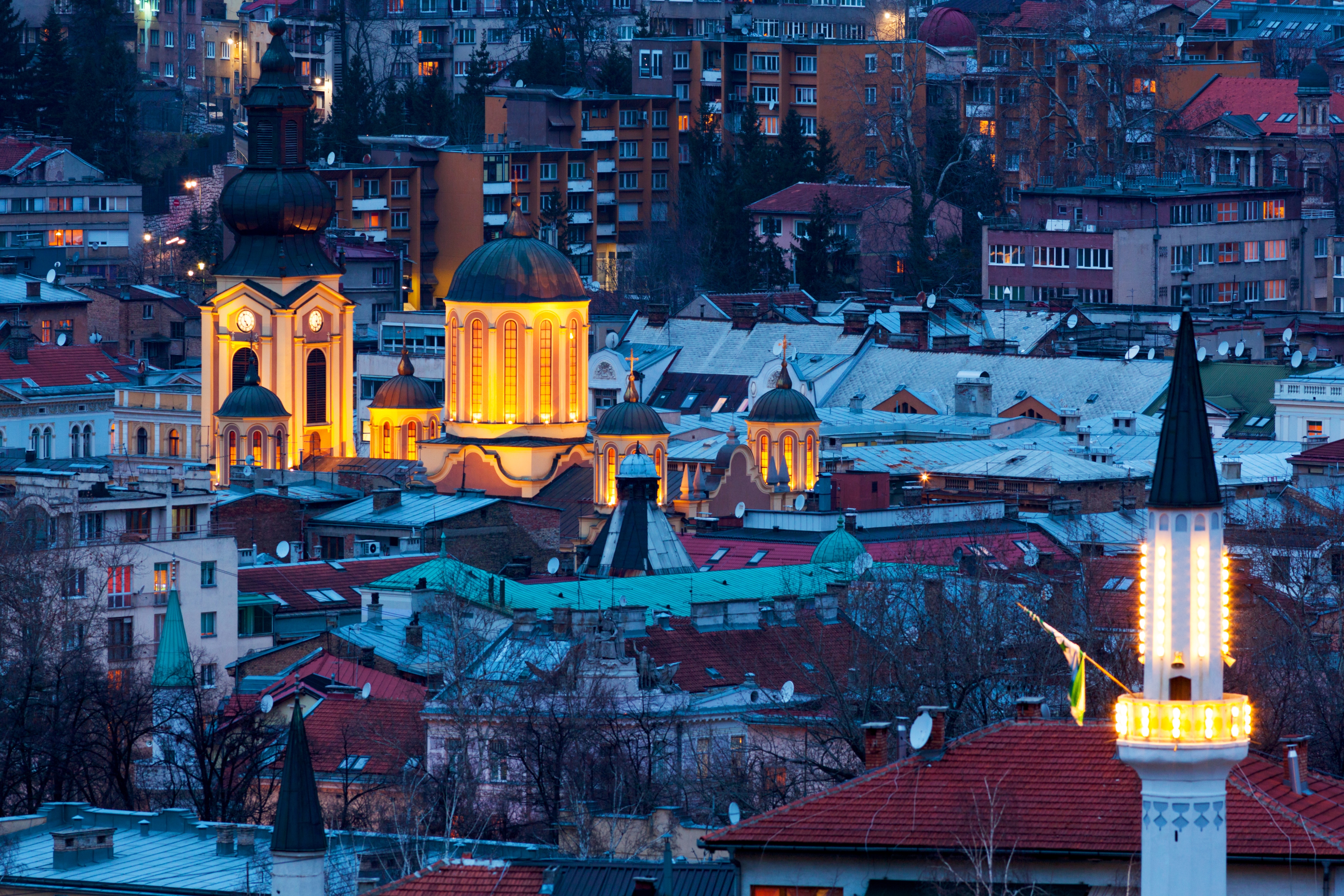 Within two hundred meter radius in downtown Sarajevo one can visit Catholic and Orthodox Cathedrals, Mosques and Synagogues. (Photo: Shutterstock)

The route builds on the “Meeting of Cultures” concept of tourism product which is successfully implemented in Sarajevo whereby a city tour starts from an iconic point – in Sarajevo that is a point where Ottoman and Austro-Hungarian architectures meet – and takes visitors to most significant cultural and religious heritage sites. The concept will now be applied in Kotor and Novi Sad and together with Sarajevo those three cities will create one regional tourism offer.

“Storytelling and creative interpretation of sites and localities is key to cultural tourism product development. Meeting of Cultures concept as developed in Sarajevo provides for that exactly and its further application throughout the Western Balkans will enrich the regional tourism offer and will contribute to more visitors travelling to the region,” said Snjezana Derviskadic, RCC Tourism Development and Promotion Project Team Leader.

“Cultural diversity of Sarajevo inspired us to establish Sarajevo Meeting of Cultures as an organization dedicated to promoting city’s cultural heritage, locally and internationally. We identified the most telling Meeting of Cultures point in the city set between Mosques, Synagogues, Catholic and Orthodox churches; a point where Ottomans of the east meet with Austro-Hungarians of the west, and we took it from there. We now present Sarajevo to visitors through stories of important personalities, movement of people and influential families and share with them the very spirit of the city,” said Dino Mujkic, President of Sarajevo Meeting of Cultures NGO.

“Cultural diversity is special to Sarajevo but to the region as well, and we are grateful that the RCC and the EU have recognised cultural tourism potential of the Western Balkans and have supported us in expending our concept from Bosnia and Herzegovina to Montenegro and Serbia.”

RCC’s tourism project works to develop and internationally promote joint regional cultural and adventure tourism offer, increase number of incoming tourists and revenues, and contribute to employment in the industry.

The Meeting of Cultures route should next be expanded to include Skopje and Tirana, whereas tour guides will be trained in creative storytelling and interpretation of cultural heritage sites along the route.