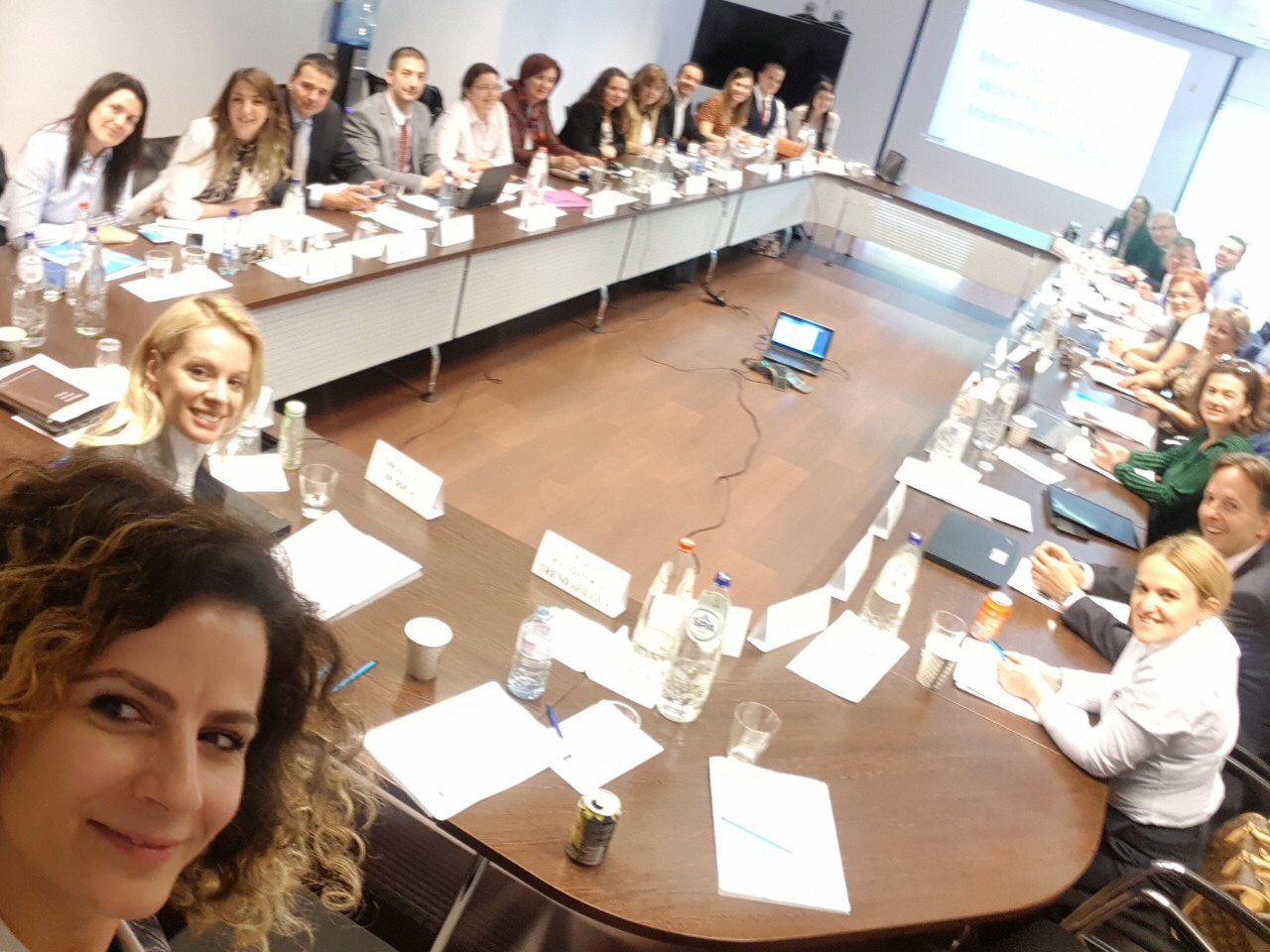 RCC’s SEEIC - CEFTA Joint Working Group on Investments working on the finalisation of the Regional Investment Reform Agenda (RIRA) deliverable for Poznan Summit at the meeting in Brussels, 23 May 2019 (Photo: RCC/Ivana Gardasevic)

Brussels – “Western Balkans (WB) is a welcoming environment for investments, with corporate profit tax rates ranging from 9% to 15%, being among the lowest in Europe and monetary and financial systems strongly dependent on euro. And yet, one of our the strongest assets is human resource base, given that over the last years more than 1.6 million of highly qualified people were added to the overall workforce”, said Dragana Djurica, Senior Expert on Competitiveness at the Regional Cooperation Council (RCC), at the meetings devoted to finalisation of the deliverables on the regional investment package for the upcoming WB Summit in Poznan, held in Brussels in the last two days.

“Regional Investment Reform Agenda (RIRA) is in an advanced phase, since its adoption in 2018 and the agreement of the region to work on the reforms in the areas of investment entry, protection, and promotion of the six Western Balkans Economies (WB6) as an unique investment space.”

The RCC’s South East Europe’s Investment Committee (SEEIC) – Central European Free Trade Agreement (CEFTA) Joint Working Group on Investments has recorded a successful official adoption of the Individual Reform Action Plans (IRAPs) for the implementation of RIRA in each of the six WB economies (WB6). The IRAPs are an important milestone for the investment reforms in the region, as they represent translation of the regionally determined priorities for reforms in the polices pertinent to investment entry, protection and retention. They also pave the way for development of a programme that will present the region as an unique investment destination.

Even though in initial stage of implementation, IRAPs are progressively moving with development of entry gap analysis, incentives inventory, and screening and benchmarking of Bilateral Investment Treaties (BITs), with recommendations for reforms that will be announced at the WB6 Summit in Poznan, along with the investment promotion programme. Furthermore, in order to advance the RIRA and upscale the efforts of aligning the investment policies with those of the European Union (EU), the region has started deliberating on the potential regional instrument that will serve this purpose.

Workshop on Investor State Dispute Settlement (ISDS), organised by the RCC that was held a day earlier, was a practical exercise providing guidance on how to defend the state in ISDS cases. The Workshop gathered state attorneys and investment legal officers of the WB6, who interacted with the lawyers of renowned legal houses in charge of arbitrary processes, resulting in exchange of practical knowledge from real-life ISDS cases, involving steps from pre-arbitrary notification to the award, with the focus on defending the state.

Protection of investments and reducing the number of ISDS cases is one of the important items on the regional investment reform agenda, and WB6 participants have noted workshops such as this one of great benefit to their internal capacity building. This was one in the series of similar events planned in the future, aimed at capacity building.