Bregu: EU will never be complete without Western Balkans - let’s move from “geopoetics” to geopolitics 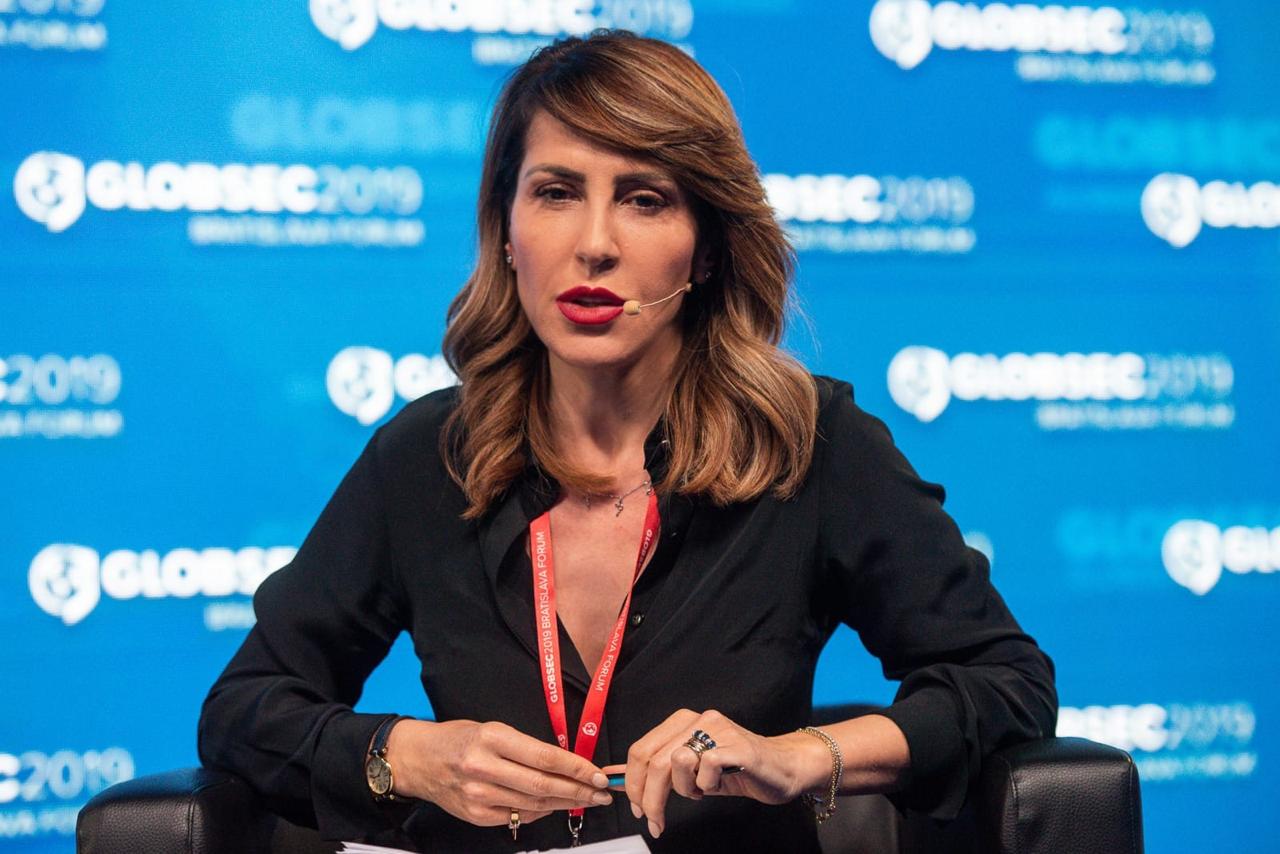 RCC Secretary General at the Globsec Forum 2019 speaking at the panel ‘Western Balkans: drifting away from Europe? (Photo: Tomáš Halasz) 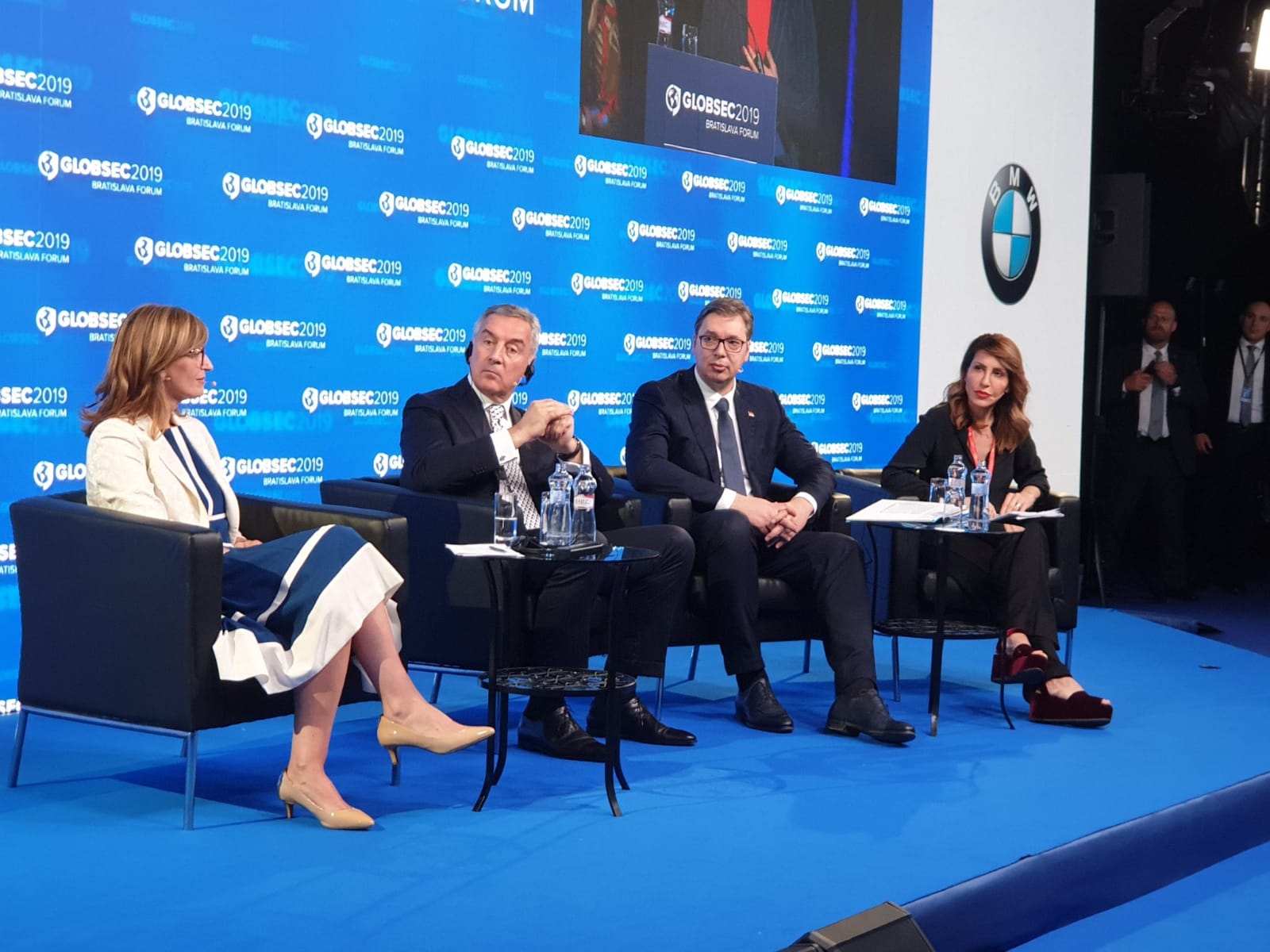 RCC Secretary General, Majlinda Bregu at the GLOBSEC 2019 Forum speaking at the panel ‘Western Balkans: drifting away from Europe?”, together with presidents of Montenegro and Serbia, Milo Djukanovic and Aleksandar Vucic and Bulgarian Minister of Foreign Affairs, Ekaterina Zaharieva, in Bratislava on 7 June 2019 (Photo: RCC/Ratka Babic)

Bratislava – “The EU without the Western Balkans will never be complete. But it cannot assume that business as usual will provide stability in the Western Balkans. It should take a much more political and strategic approach in the region. Let’s move from “geopoetics” to geopolitics. The EU must be ready to realistically make the Western Balkans its geopolitical priority and to shape the political conflict in WB as a struggle for or against Europe. This approach will help maintain stability and influence in its own troubled backyard,” said Majlinda Bregu, Secretary General of the Regional Cooperation Council, speaking today at the GLOBSEC Forum in Bratislava together with the Presidents of Montenegro and Serbia, Milo Djukanovic and Aleksandar Vucic, respectively; and Ekaterina Zaharieva, Bulgarian Foreign Minister; at the panel “Western Balkans, drifting away from Europe?”.

“Western Balkans belongs to the European value-chain, and must remain firmly on the path of democracy, freedom, individual rights and sustainable development. If the EU is committed to a common future, and the WB economies are as well, there is no reason for the integration process to be limited and halted. The long time in Europe’s waiting room has significantly affected our region. UN estimates that by 2050 the Western Balkans (WB) could lose 14% of their current populations. Brain drain is particularly concerning, since it overwhelmingly includes young and highly-skilled workers and professionals. Unsurprisingly so: youth unemployment rate (over 35%) is more than double that of the EU,” added RCC Secretary General.

“To change this and reverse the negative trends it is not enough to simply tick the boxes for the sake of bureaucratic processes and quantitative benchmarks. We must strive to implement tangible, irreversible, structural reforms which bring the WB closer to the EU standards, and thus genuinely improve citizens’ lives,” concluded Bregu

The work of the RCC is aimed precisely at facilitating a wholesome transformation of WB economies, through the implementation of Multi-annual Action Plan for a Regional Economic Area. The strides made forward in terms of digital integration and mobility represent real approximation to the EU standards. The exercise in regional integration is likewise an exercise for the future integration into the EU.

The entire video of the GLOBSEC panel on western Balkans

Each year, GLOBSEC invites the most distinguished political representatives, as well as leading thinkers, innovators and decision makers from business and non-governmental sector to share their expert views on the key issues shaping the international environment. The 14th edition is no exception, as it is gathering the international community in Bratislava to identify the most pressing global challenges and to find feasible solutions going forward. The discussions are framed by five different topical streams dedicated to matters concerning the Future of Europe, Defence and Security, Democracy and Disconnect, Digital Future and Sustainability and Global Economy.

Besides RCC Secretary General, 14th GLOBSEC FORUM gathers many distinguished speakers and guests, including, among others: