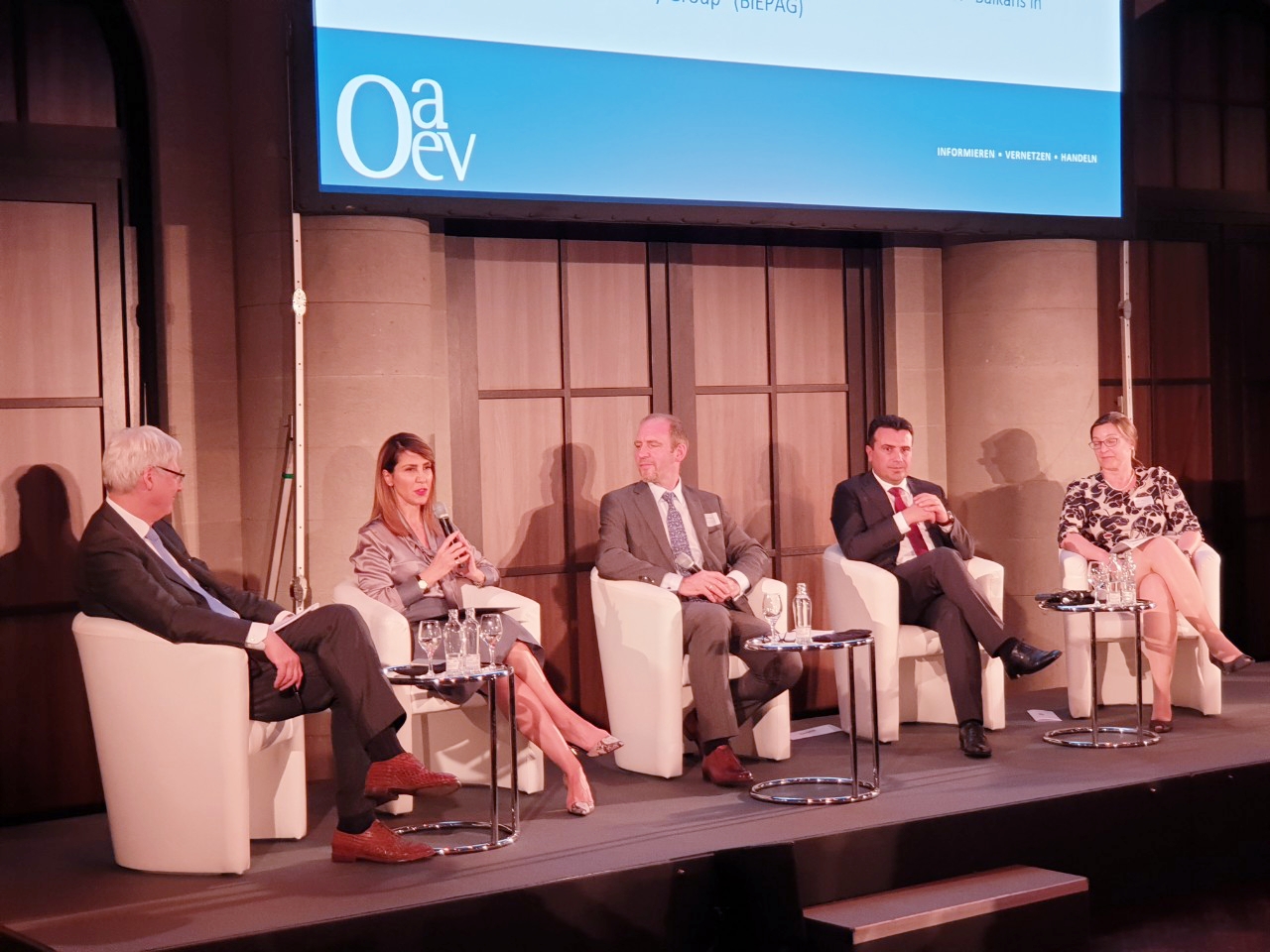 Berlin – “It is not just about enlargement any longer but rather about unification of Europe because the European Union (EU) without Western Balkans (WB) is incomplete. This region is Union's geostrategic interest zone. On the other hand, coming from the region, I would like to see the Western Balkans taking strong ownership of the regional cooperation, so it would work and move together as one, improving our societies altogether”, said Majlinda Bregu, Secretary General of the Regional Cooperation Council (RCC), at the Annual General Meeting of the German Eastern Business Association in Berlin last night.

“The way I see future in Europe, hopefully as soon as in 5-years’ time, involves more people with clear minds and visions. Also, I do hope that there will be fewer divisions among Europeans themselves concerning the Western Balkans. Having said this, we at the RCC are supporting the Commission’s recommendations to start the accession negotiations with Republic of North Macedonia and Albania now, based on individual merits and achievements, rewarding the commitments and efforts invested in Europeanisation. It would give strong wind to the sails of the entire region, healthy competition to step up and do more for their citizens,” said Bregu at the panel dedicated to the Western Balkans, together with the Prime Minister of the Republic of North Macedonia Zoran Zaev, Thomas Kramer, Member of Deutsche Telekom Management Board and Sabine Stohr of the German Foreign Ministry. German business community fully joined the RCC’s support for immediate opening of the EU accession negotiations with Republic of North Macedonia and Albania.

“Despite many remaining challenges a lot in the region has changed for the better since the RCC’s predecessor Stability Pact for SEE was launched in Sarajevo on 31st July 1999. If there is a lesson learnt from the 20th anniversary of SP, many would tell you that EU and NATO perspective & membership were instrumental, key drivers for reconciliation, political developments in the region and carrying out of difficult reforms at home. And for WB 6, this is still the case. Without clear perspective and continuation of the process on merit basis everything is at stake,” concluded Bregu.

On the side-lines of the event, Secretary General Bregu and the Prime Minister Zaev held a bilateral meeting. The two officials discussed regional cooperation, especially in light of the upcoming Western Balkans’ Berlin Process Summit in Poznan in July, and the deliverables when it comes to the implementation of the Multi-annual Action Plan for the Regional Economic Area.