Bregu: Western Balkans can punch way above its weight if given a chance 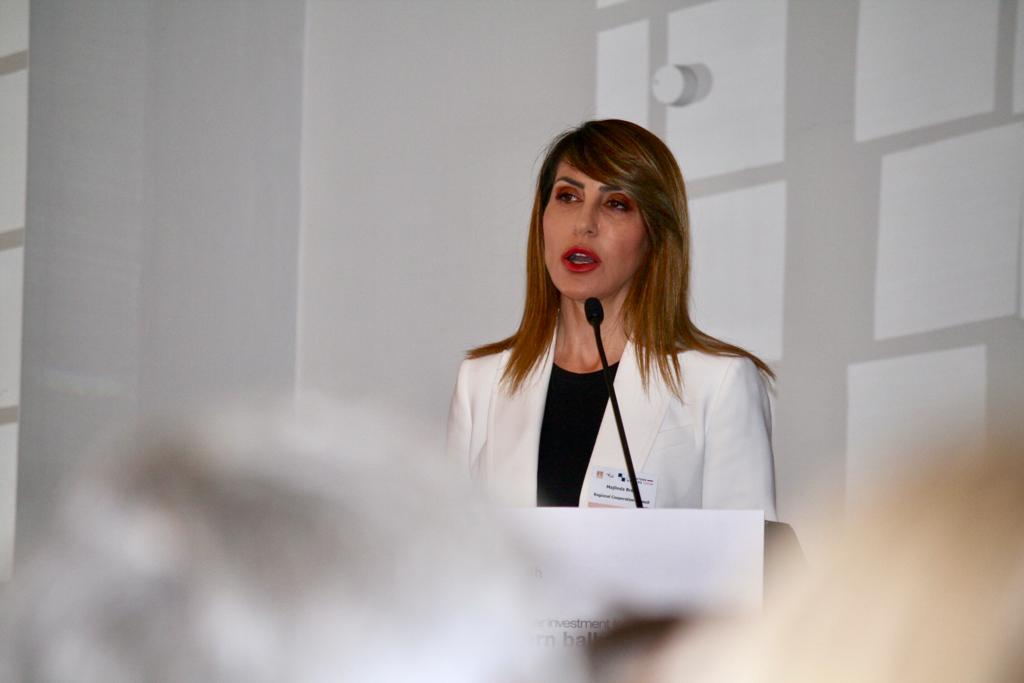 London – “Share of the European Union (EU) in both Foreign Direct Investments (FDI) and exports in the region is well over 70%. For all the talk about the growing Russian and Chinese economic clout in the Western Balkans six (WB6), only 3% of exports in 2018 went to Russia, and less than 0.6% to China”, said Secretary General of the Regional Cooperation Council (RCC), Majlinda Bregu, while addressing the Financial Times’ Western Balkans Forum: Investment Opportunities in a Fast-Growing Region, taking place in London today.

“European integration founds the solid force of progress in the region. And this is not only because of the enlargement process. But, although membership in the EU remains the ultimate goal of all six economies, there’s still a long row to hoe”, said Bregu adding that the long-term EU perspective is a major plus and a unique quality of the region compared with other emerging markets, as it helps to anchor market-oriented reforms and European standards.

“Strong macroeconomic stability, strategic geographic location, diverse economies, favourable tax regimes and low unit labour costs, combined with a well-educated population, are common attributes throughout the region. Therefore, in order to ensure their convergence with advanced economies, the WB economies need to switch their development trajectory from one which is driven by the accumulation of physical capital to one which is based on the accumulation of knowledge and developing skills - the governments should rely on FDI as a key tool to develop the country’s skills base over a relatively short period of time. To support more capital- and knowledge- intensive industries, they should target leading international companies based on their potential to transfer technology and skills to local workers and firms.”

"The WB region remains extremely fragile, but we’re confident that through economic reconciliation we can punch way above our weight if given a chance. But in order to become more attractive to FDI, the region needs a cocktail of domestic reforms, ownership of the EU driven reforms and regional cooperation”, concluded Bregu while introducing FDI climate in the region at the Forum.

The Forum is organised by the Financial Times (FT) in association with the WB6 Chamber Investment Forum (CIF) as a half-day event featuring speeches, presentations, discussions and dialogues exploring the opportunities of investing in the region.

The Forum hosted Prime Ministers from Albania, Republic of North Macedonia and Serbia, President of European Bank for Reconstruction and Development (EBRD), representatives of the business community, etc., who had a chance to listen to and network with political leaders and policy makers, business leaders who have invested in the region, as well as consultants, economists and officials from international financial institutions.