SEECP leaders praise RCC, entrust it to pursue connectivity agenda of the region and prepare region’s strategy beyond 2020 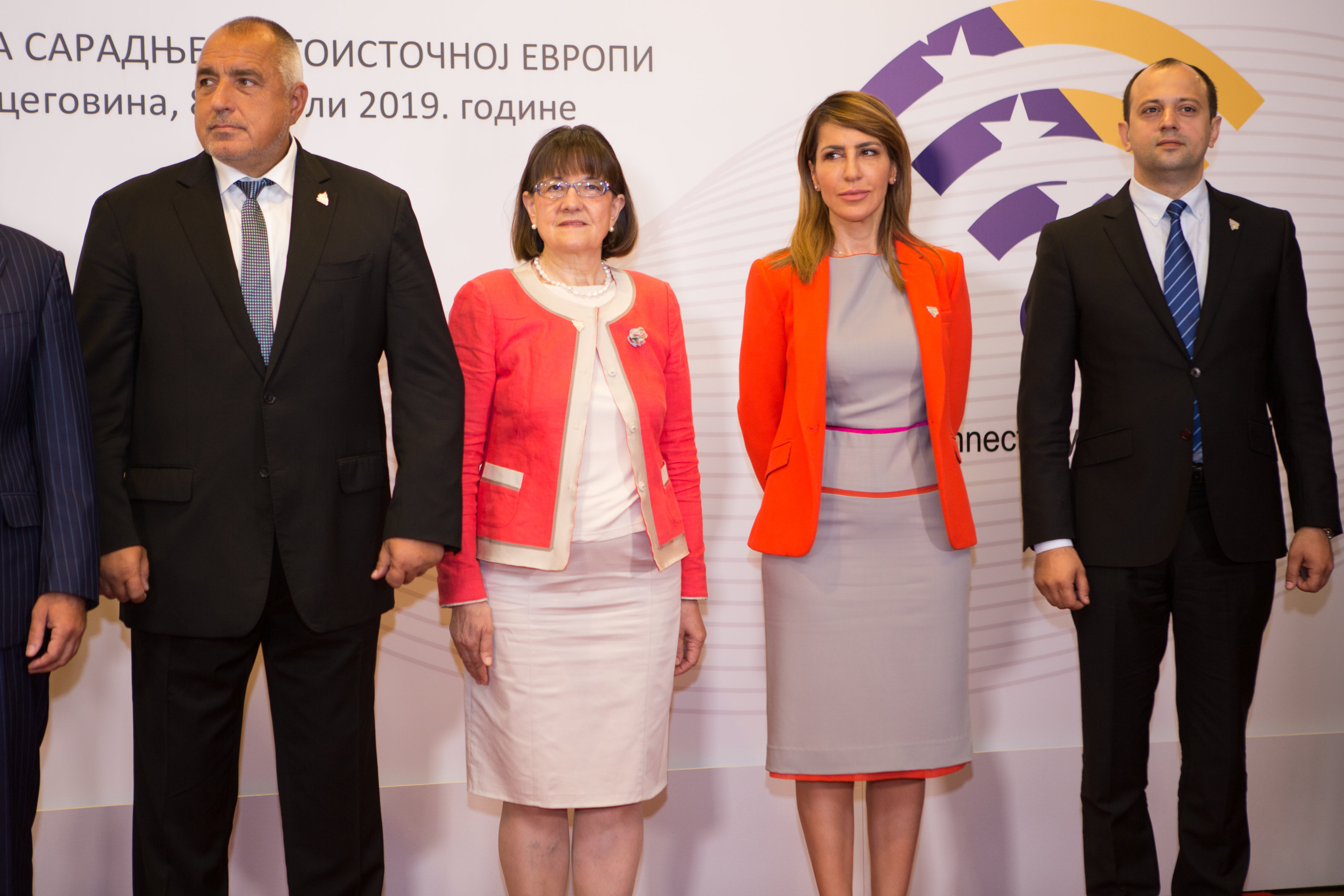 Sarajevo – “By thanking Bosnia and Herzegovina for excellent cooperation in the past year of their Chairmanship-in-Office (C-i-O) of the South East European Cooperation Process (SEECP), their contribution in leading and advancing regional cooperation through the SEECP framework, I would like to congratulate the incoming C-i-O by Kosovo, looking forward to continue working together on our common regional cooperation goals. Consciousness that together we are stronger seems to be prevailing”, said Majlinda Bregu, Secretary General of the Regional Cooperation Council (RCC) while addressing the SEECP Summit in Sarajevo today.

“As I said in Poznan last week, and reiterated yesterday, I am stressing again the utmost need to capitalize more on the Regional Economic Area (REA). Flows of goods, services, capital and people continue to be obstructed; we are still connectivity, digitization and innovation laggards. We need REA to be fully functional, to make business transactions easier, faster and cheaper, invest political efforts to enable citizens of Western Balkans (WB) to move freely through IDs and remove structural barriers to trade and investment. It is high time to incorporate an adequate Schengen-like mechanism into the WB in order to facilitate the travelling across the region and paving the way to gradual transition to the free movement of the WB citizens” said Bregu adding that “in view of the current context of various trade, transport and movement obstacles – for us is clear that the region needs to embark on a serious and wide-ranging facilitation agenda and the RCC is here to take ownership.”

The participants particularly praised the role of the RCC for its relentless work for the sustainability of the regional progress and entrust the RCC with the mandate to continue pursuing a policy of regional connectivity in all possible ways. As the SEE 2020 Strategy is coming to an end, SEECP expects from the RCC to prepare a vision of a post-SEE2020 Strategy in line with the UN Sustainable Development Goals (SDGs) Agenda 2030.

SEECP Summit 2019 was organised by the Presidency of Bosnia and Herzegovina at the end of their C-i-O term, which is being taken over by Kosovo* for the period 2019-2020, followed by Turkey a year later.

*This designation is without prejudice to positions on status, and is in line with UNSCR 1244/1999 and the ICJ Opinion on the Kosovo declaration of independence
Secretary GeneralPoliticalSEECP