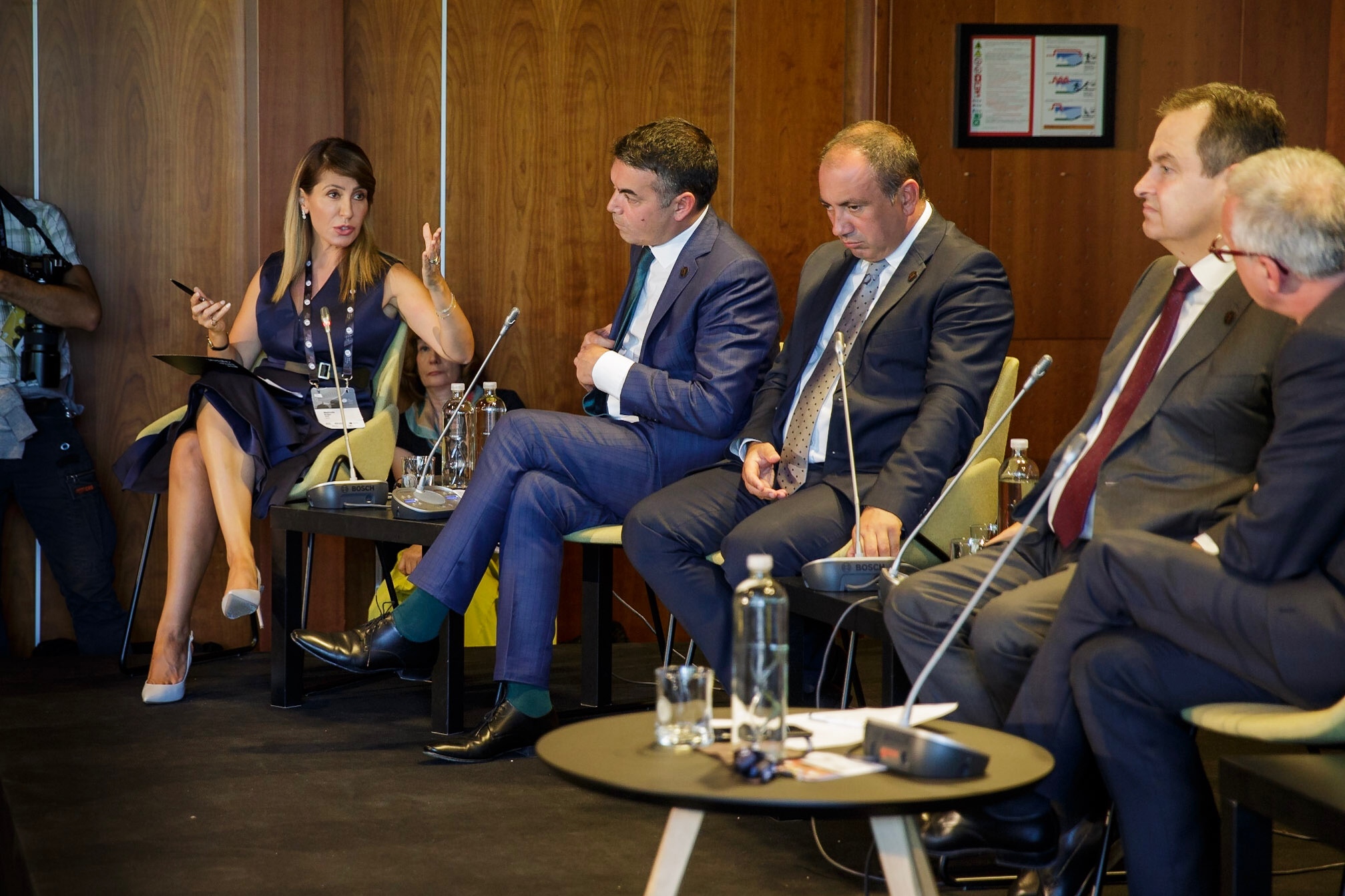 Bled – „European Union will always be an unfinished business without the Western Balkans. The price for stagnation and postponing further the decision on the opening of accession negotiations with Albania and North Macedonia is, in short, a risk. The non opening would bread instability, immigration, unconstructive influence of other geopolitical actors. Any positive moment can precipitate easily, if the membership perspective would continue to kick the can down the road. And nobody has the luxury to lose time any more  - people are leaving the region. One third of the region’s population has left in the last 5 years. And these are the real problems of the region. It is up to us to change it and transform our societies. The EU should recognise this ringing bell as an opportunity, as keeping the narrative of membership perspective alive is no easy task”, said Majlinda Bregu, Secretary General of the Regional Cooperation Council (RCC) during the Panel dedicated to Western Balkans - Europeisation, Democratisation, Shared Responsibility at  the 14th Bled Strategic Forum, which ended in Bled, Slovenia today.

“Aiming to speed up cooperation, governments in the region, committed to implement the Regional Economic Area (REA) and I was hoping we would be more successful. We succeeded in Digital area, with the Regional Roaming Agreement, which is a sign that when a political will is involved things could move forward. On the other hand, regarding  the mobility and the agreement on mutual recognition of professional qualifications between economies in the region - even if we had it approved, what is a sense if Kosovars are not able to travel to Bosnia and Herzegovina as they need a visa, and during the last year the number of denied visas exceeded the number of the issued ones. So, maybe the REA is a nice framework but limited and it needs to be enhanced with a political element. Regional cooperation is not a technical process but a political one, based on political will of governments but citizens as well, who are supporting the process of regional cooperation more than the governments - 74% want to see in our region, says Balkan Barometer 2019 and they think that it is going to improve their lives much faster than the EU membership. Support to the membership to the European Union is 56%. People trust that it is going to work better with their neighbours. But to make it happen we need all to embark on the same vision.”

The panellist discussed various questions pertaining to the EU-Western Balkans relationship, readiness of the region to carry out the necessary reforms  but also if the EU is ready to help restore the promise of a better tomorrow for the region.

Under the title ‘(Re)sources of (In)stability’, the 14th Bled Strategic Forum, took place between 31 August and 3 September 2019 in Ljubljana/Bled, Slovenia. It was dedicated to discussing the role of (re)sources regarding peace and security, sustainable development and economic progress.