Via Dinarica just keeps getting better 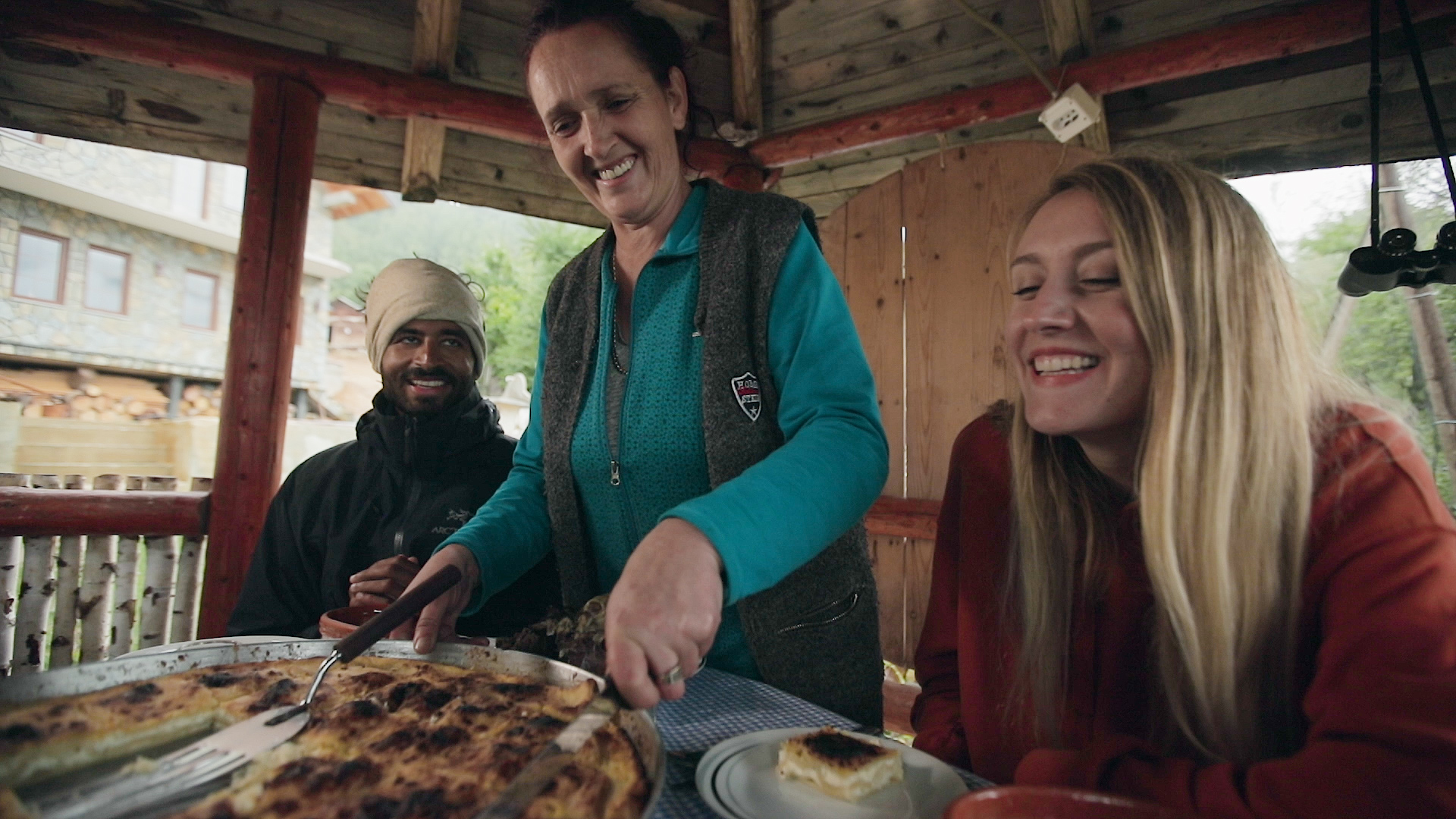 Fetije Nikiqi welcoming her guests from Germany at her B&B along Via Dinarica hiking trail which runs across the Western Balkans (Photo: RCC/Klicker)

It is 11 o’clock on an idle Monday and about to start raining in a tiny village of Rekë e Allagës in Rugova Mountain, all green with pine trees. Fetije Nikiqi is well under way to prepare cheese pie in a wooden stove while Hozefa Indorewala looks to the sky from the porch thinking just how far up the mountain have his friends gone and how damp might they be as they return for lunch.

Fetije (46) and her husband Mustafa (58) own a B&B along Via Dinarica hiking trail which runs across the Western Balkans. Hozefa (29) is a software developer from Germany who set off on a two weeks long hiking trip to circle Dinaric Alps from Theth village in Albania, over Plav in Montenegro, and back to Theth over Rekë e Allagës in Kosovo*.

Hozefa and his six friends are amongst the first generation of hikers to use newly cleared, marked and GPS tracked Via Dinarica trail sections in Kosovo* brought to life in June 2019 through a Regional Cooperation Council (RCC) implemented and European Union (EU) funded tourism development grants scheme.

“Funding we received enabled us to fill in the gaps and develop eight new sections of Via Dinarica trail that now better connect Kosovo* with Albania and Montenegro and improve the experience for the hikers,” says Gramen Taraku of the Community Development Fund (CDF), one of the RCC grants scheme beneficiaries.

“Fifty new kilometres of the trail we developed now link to some 65 kilometres of Via Dinarica in Kosovo*, 115 in Albania and 315 in Montenegro and create a network that allows hikers to explore different parts of the Accursed Mountains.” 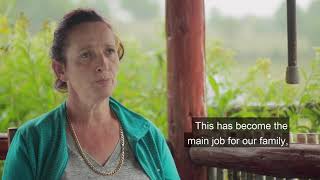 For Hozefa this late September hiking trip is a first visit to the Western Balkans. “I first met people from the Balkans at the university and I always wanted to visit the region as it seemed a bit mysterious,” he says.

According to him Via Dinarica is more than meeting the expectations. “Here you have untouched nature and this whole place is way less touristy than the European Alps. Balkans is amazing.  As we go through small villages we meet people like Fetije and Mustafa and eat authentic food. Just this morning Mustafa milked his cows and brought 25 litters of milk back home and now we will eat pie made with cheese he produced. Wow!”

Hozefa originally planned a biking trip. It got cancelled and he joined friends for his first long hiking tour. As he rested for a day his friends tested one of the new trails section developed with the RCC’s support. When they returned they were wet and hungry, but right on time for pie and some lamb and vegetables too; happy hikers.

Fetije and Mustafa were not always active in tourism sector. She was a stay home mum and he was a construction worker, now fluent in German thanks to working in Switzerland. They lived in Peja, city just below Mt. Rugova.

Some twelve years ago Mustafa decided to go back to mountains and re-establish family farm. They were encouraged to start selling fllia (traditional Albania pie) to seldom hikers that would pass once in a while, and that is where the idea of B&B was born.

Several years back they started offering fuller menu and a place to sleep. “At first we had no extra bed, just mattresses and could receive four guests at the most. But as more and more visitors started trailing Via Dinarica we started to increase our capacities,” says Fetije.

“Now in addition to our family house we also have this house in the back and can host up to 65 guests per night. We have not been that full yet but we have hosted dinners for groups as big as 50”; happy hosts.

Plans for the future

With new routes developing and more promotion taking place Fetije expects more visitors to arrive. “We are planning that over the next five years we will need 22 more beds and more people to work with us.” At the moment, Fetije and Mustafa are getting help from his brother and sister in law, as well as two children, 16 and 14, who work with them in the summer, but will soon need more workers.

A tour guide Nazmi Hasanramaj, who often brings hikers through Rekë e Allagës also recognises the need for more workers, tour guides in his case. “We lack tour guides in the season. I got into this business in 2005. It slowly grew and developed but now we lack qualified guides at times.”

This is where the RCC, backed by the EU, will continue to be active and work to improve infrastructure and promote Via Dinarica in its entire length throughout Western Balkans. It is helping establish Via Dinarica regional management structure and will help train guides. CDF is set to continue working on a similar course.