Bregu: The region vests high hopes in the upcoming Croatian Presidency of the EU Council in 2020 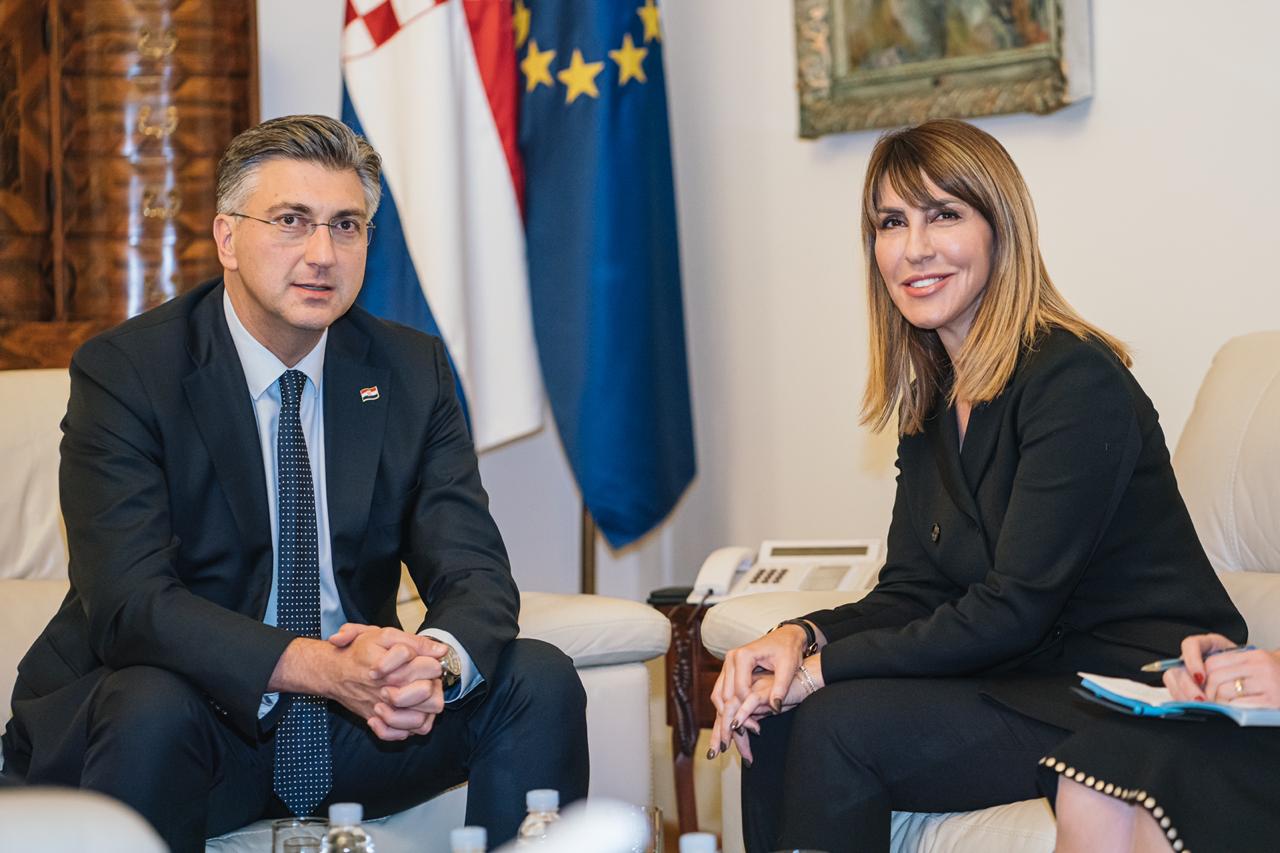 Zagreb – “Priorities of the Croatian 6-month Presidency of the European Union (EU) Council beginning in January 2020 stressing the usage of full potential of infrastructure and human resources, connectivity and networking of the economies, mesh well with the regional cooperation goals set in our Regional Economic Area action plan (MAP REA). Western Balkan economies expect a lot of this Presidency and we are thankful to Croatia for being a staunch supporter of the EU integration in the region”, said Majlinda Bregu, Secretary General of the Regional Cooperation Council (RCC) at the meeting with the Croatian Prime Minister, Andrej Plenković in Zagreb this evening.

“So far, implementation of regional economic area has brought some tangible results to our citizens, as the regional agreement on the Roam-like-at-Home reached in April this year is already being implemented with significant reduction of prices, and we must do our best to keep the region on this path. Therefore the Zagreb EU Summit in May 2020 could be an ideal venue to jointly launch the Roadmap of roaming free agreement between EU and the region”, added Bregu singling this as one of the initiatives that could be started jointly under Croatian Presidency, along with promotion of women empowerment, launch of youth project, etc.

Prime Minister Plenkovic expressed his full support to the regional cooperation and the efforts of the RCC in this regard, stressing that the organisation has been helping and can further help the region on its EU path. He added that there is no other magnet than EU integration to move the region in the right direction.

The meeting is a part of regular consultations of the Secretary General Bregu with leaders from the EU and the region. It was held in the eve of the European People’s Party (EPP) annual Statutory Congress 2019 that starts in Zagreb tomorrow, where she has been invited to speak at the high-level panel debate “Western Balkans and EU: Common Challenges and Shared Responsibilities”.