Bregu: It’s time to come with a clear stand on the accession process of the Western Balkans 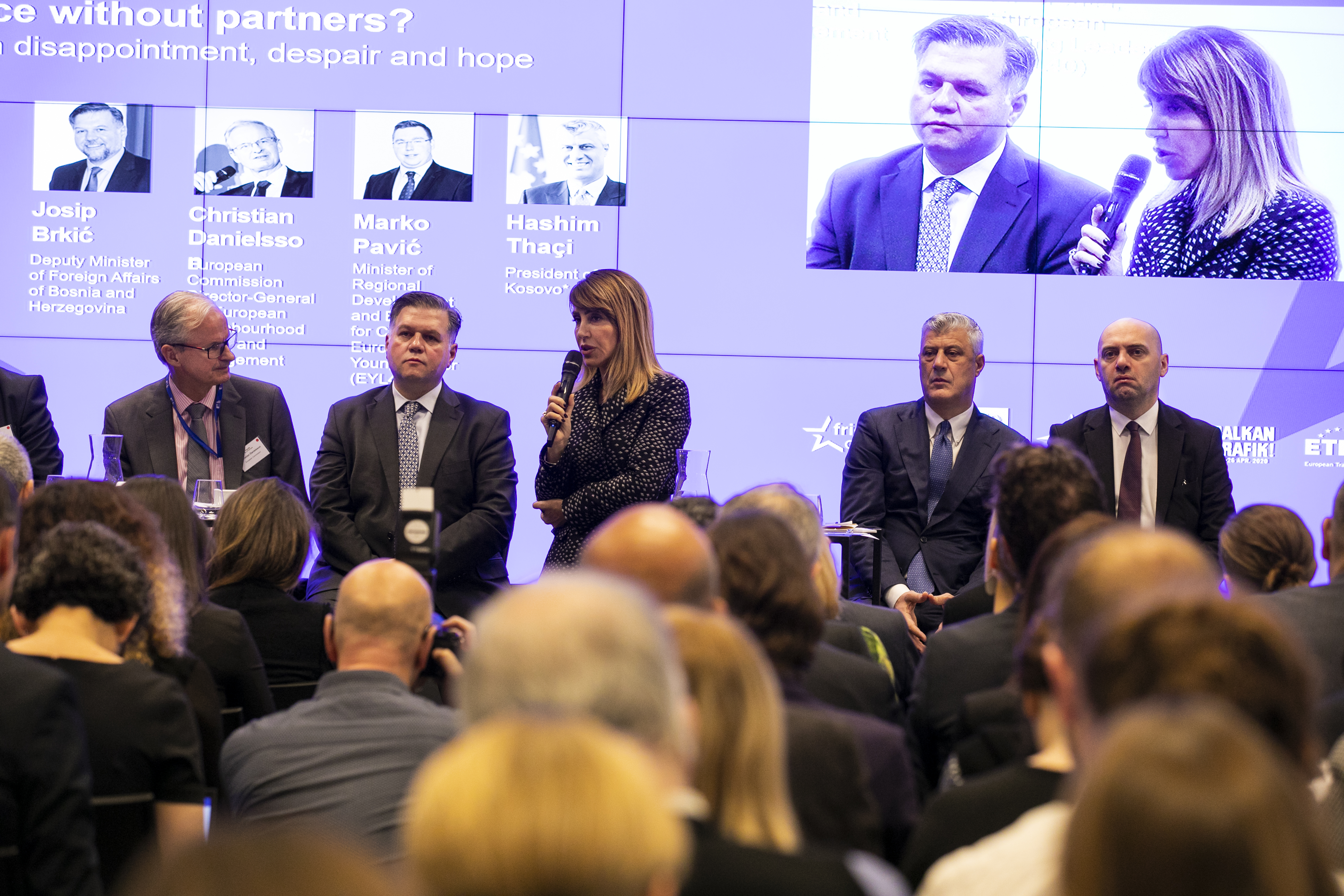 RCC Secretary General Majlinda Bregu took part in the Friends of Europe’s Conference on the future of the Balkans, in Brussels on 3 December 2019 (Photo: RCC/Laure Geerts)

Brussels – “Time to end pretence!  EU should honour its Treaty and come with a clear stand on the accession process of the Western Balkans. Thanks to the new EU Commission president Ursula von der Leyen for clearly articulating the vision of Europe as a continent. We hope this will be the goal and approach of all EU Member States. And we in the region need to roll up our sleeves and embark fully on our reform agendas, beyond the bitterness and disappointment that is present in the region”, said the Secretary General of the Regional Cooperation Council (RCC) Majlinda Bregu during the opening session of the high-level international conference on the future of Balkans “It takes two to tango: the Western Balkans between hope and reality” organised by Friends of Europe, in Brussels today.

“This moment is maybe the biggest crisis in the EU-Western Balkans political standings since 1999. From now until the next Western Balkan Summit all will be eager to get a decision, but who can guarantee the reforms will be pushed hardly and seriously. I just hope that the decision, not only on not opening the negotiations with Albania and North Macedonia, but the decision that affects the whole accession perspective and membership process of other countries, will not affect heavily and disappoint the public administration in the first place which has to be motivated to carry on the reforms.”

Bregu concluded that “although the region places high hopes in the Croatian EU Council Presidency, it would be short-sighted and overly simplistic to wait from Croatia, Germany or France alone to change the directions of the cold winds over Balkans. However, a failure to make credible progress toward accession will backfire and slow down the appetite for reforms, increase interparty conflicts, and instability.”  She further added that in the all-inclusive approach we should reflect on how to generate a new impetus to reinvigorate this process by offering new incentives and not creating new hurdles.

Secretary General Bregu also stressed the importance of youth and interlinkage of their perspective, and the EU’s one of the region. “61% of young people from the region support EU integration, but at the same time the same percentage of them are ready to leave it if they don’t see clear, improved standards at their homes.  Building up the regional economic area is giving young people a possibility to travel freely within the region. That’s why we have been working hard on recognizing diplomas and professional qualification based on the EU model. It is giving young people a chance to perhaps go to another country in the region to find a job, a way to fight unemployment and brain drain.”

This year’s 20th edition of the high-level international conference offered a key moment to debate the future of the Balkans and explore new ideas and approaches in the presence of an audience of over two hundred people, including EU and national policymakers, government officials, representatives from business and international organisations as well as leading academics and journalists.

More about the event