Bregu: Common Regional Market is a stepping stone for the Western Balkans to align with EU single market rules 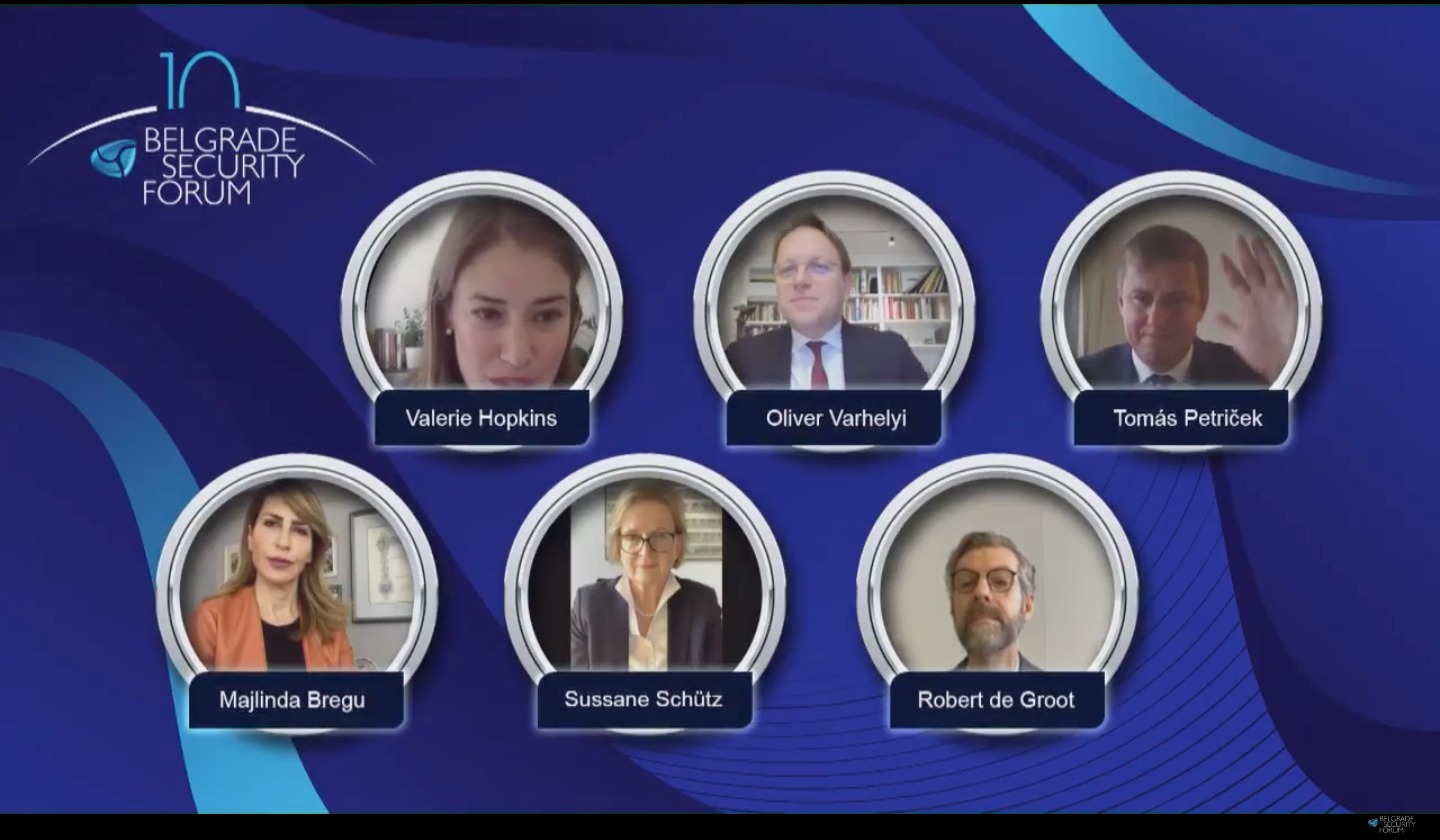 Majlinda Bregu, Secretary General of the Regional Cooperation Council (RCC), at the Panel on "Western Balkans, Emerging from the New Disorder" at the 10th edition of Belgrade Security Forum, held online on 22 October 2020

Belgrade/Sarajevo – “Some estimates say that regional economic integration in the Western Balkans could generate up to 2.5% of GDP growth should the level of integration reach the level of EFTA, and should it reach the EU level of integration, it could generate 6.7% of GDP growth. Therefore, I am pleased that by Sofia Summit on 10 November we will have a very good roadmap action plan on Common Regional Market in the Western Balkans,” said Majlinda Bregu, Secretary General of the Regional Cooperation Council (RCC), at the Panel on “Western Balkans, Emerging from the New Disorder” at the 10th edition of Belgrade Security Forum, held online today.

“The Common Regional Market will this time seal not only the necessity of regional cooperation, but also a stronger need for deeper economic integration of the region, aligning it with the EU single market rules. It will follow closely the 4 freedoms approach that governs the EU single market, it will be constituted on the basis of successes of the first Regional Economic Area action plan, and also focus on digital investment, innovation, EU value chains, etc. We are looking forward to the Common Regional Market being endorsed by the leaders in Sofia.”

“It is a stepping stone for the Western Balkans to recover in the post-pandemic phase, a stepping stone for businesses and firms to better integrate with the EU value chains and strengthen their competitiveness in the EU and global market. It is fully in line with the recently presented EU’s Economic Investment Plan for the region, which is not only important in terms of 9 billion euros in grants and a possibility of attracting 20 billion euro more, but it keeps the Western Balkans next door in the same process of recovery all EU countries have to go through,” concluded Bregu.

The RCC Secretary General Majlinda Bregu took part in the panel focused on the main security concerns of the “illiberal equilibrium” in the region, future of EU enlargement process and regional cooperation opportunities in the time of COVID-19. The panel was moderated by Valerie Hopkins, The Financial Times’ South-East Europe correspondent. Other panelists were: Olivér Várhelyi - European Commissioner for Neighbourhood and Enlargement, EU Commission, Tomáš Petříček - Minister of Foreign Affairs of the Czech Republic, Susanne Schütz - Director for South-East Europe, Turkey and EFTA States in the German Federal Foreign Office and Robert de Groot - Permanent Representative of the Netherlands to the European Union in Brussels. The panel was organised in partnership with the Embassy of the Netherlands.

The 2020 edition of Belgrade Security Forum was held online as a series of online events throughout the month of October 2020. For the past 9 iterations, Forum was successful in bringing together representatives from governments, civil society and international organisations, becoming one of the most important networking places in the region. This year, it marks its first decade by saying “No Trust – No Peace”.

More about the Belgrade Security Forum