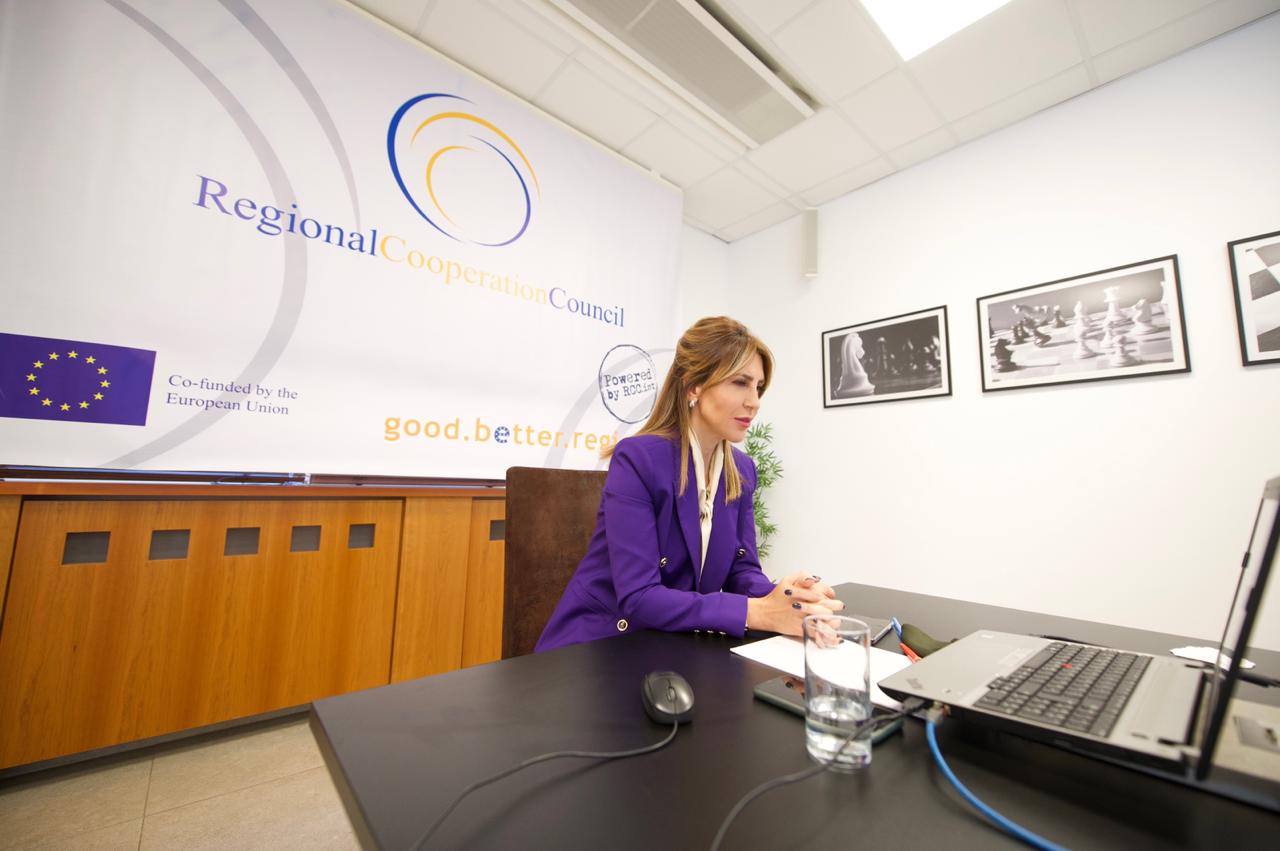 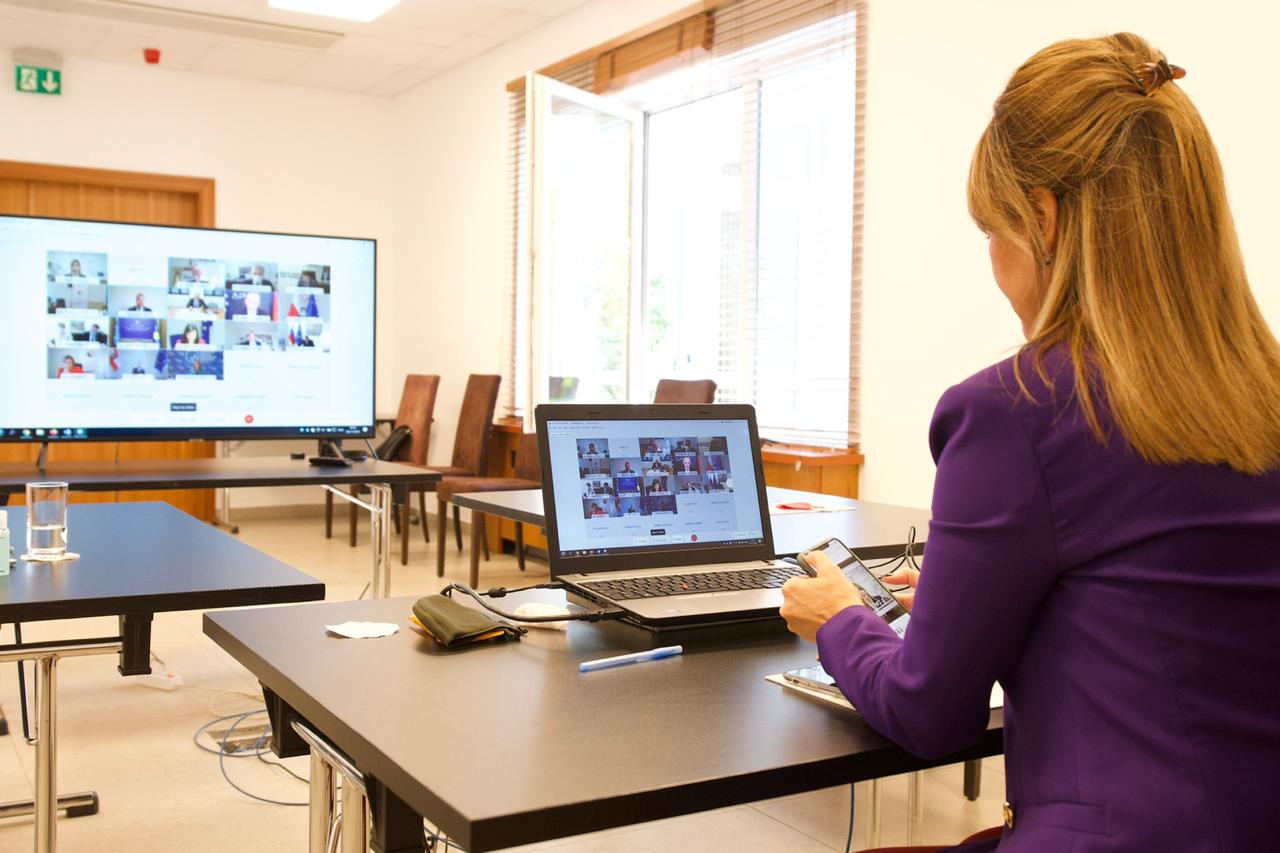 Meeting of the Ministers of Foreign Affairs held on 9 November 2020 within the Berlin Process (Photo: RCC/Armand Habazaj)

RCC Secretary General at Berlin Process ministerial conference: We are proud to have shouldered together with EU NEAR, regional organizations, IFI-s, and other partners the heavy burden of the process of preparing the Common Regional Market Action Plan

Sofia - “Tomorrow the six Western Balkan leaders will endorse the new Action Plan for this region - Common Regional Market. Common Regional Market is not a novelty from the scratch: It is a great plan based on four freedoms, the same as EU Single Market, strengthened with investment, digital, industry and innovation. We are proud to have shouldered the heavy burden of this process together with EU NEAR, regional organizations, IFI-s, and other partners. But, governments will have to shoulder the responsibility to implement this plan,” said Majlinda Bregu, Secretary General of the Regional Cooperation Council (RCC), at the Meeting of the Ministers of Foreign Affairs held today within the Berlin Process.

WB is not a perfect region. Unemployment, economic situation, brain drain, young people leaving our economies is the daunting reality of WB. 20 years ago, a lot of people who sought refuge from the wars were coming back home. Today 71% of Western Balkans youth think about going to work abroad whilst 43% of them are ready to leave in search of the lost hope. The regional growth is forecasted to fall to -5.1%. GDP drop in the second quarter of this year is striking, in some cases up to -20%, largely due to collapse in tourism.

“In this environment, it is not easy to progress, that is why we need not complicate our lives further, but give a chance to put in place the very proposals WB6 economies helped to shape. Politics focused on borders and disputes will not make WB richer. I do hope Common Regional Market will be endorsed and implemented so as to ensure a deeper economic integration of the region. If so happens, the gains will be broadly shared,” concluded Bregu.

The Common Regional Market continues on the results of the Multiannual Action Plan for the Regional Economic Area (MAP REA) that was endorsed in Trieste 3 years ago, when the WB6 leaders agreed to give a chance to this region to build its own economic area by enabling unobstructed flow of goods, services capital and highly skilled labour, making the region attractive and fit for investment. REA paved the way through a mixed track record of success stories. Now we pay up to 96% less roaming charges in the entire Western Balkans, and from July 2021 it will be 0. Trade in goods increased by 25% while FDI saw an increase of 35% since 2016. More info.

The Sofia Summit gathering Prime Ministers of the Berlin Process where the Common Regional Market Action Plan, as well as the Green Agenda for the Western Balkans and Conclusions of the Ministerial Meeting on Roma Integration are to be endorsed, is to take place tomorrow.  The RCC Secretary General Majlinda Bregu is to speak at the beginning of the official session, together with Angela Merkel, Chancellor of Germany, and Olivér Várhelyi, European Commissioner for Neighbourhood and Enlargement.