Bregu: ‘Regional cooperation’ and ‘regional integration’ are the two sides of the same coin 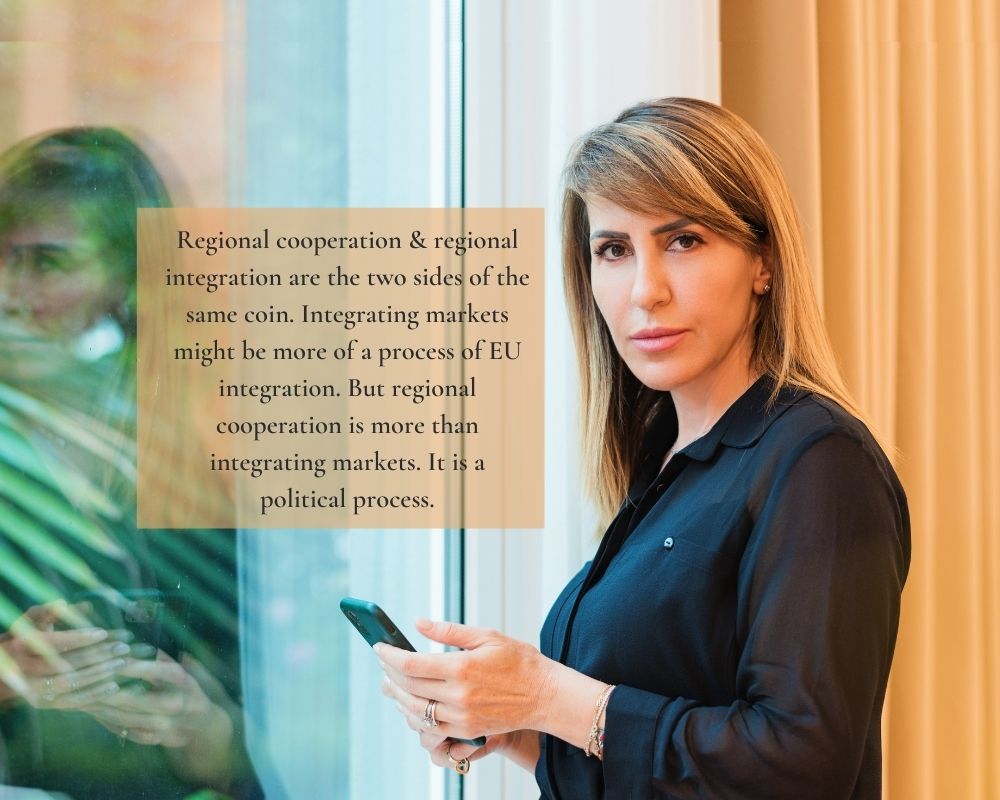 Brussels/Sarajevo - "‘Regional cooperation’ and ‘regional integration’ are the two sides of the same coin. Integrating markets might be more of a process of EU integration. But regional cooperation is more than integrating markets. It is a political process. That is why the Common Regional Market Action Plan, signed by WB6 leaders in Sofia last month, is a good plan. An economic integration that takes no account of economic, political and social realities all together is a recipe for failure. Therefore, we worked on this framework to be realistic and achievable," said Majlinda Bregu, Regional Cooperation Council (RCC) Secretary General, at the opening of the Friends of Europe’s EU-Western Balkans Summit 2020 today.

“Crisis forces two perspectives - an inward and an outward one. As the COVID-19 pandemic is reordering the world in dramatic ways, making us all highly vulnerable and fragile, regionalisation might surge as an alternative path to development. These efforts, however, eventually face challenges and get delayed, or some abandoned for various reasons. The initial steps, such as deeper integration among ourselves cannot succeed without parallel further steps on integration of our markets into the EU one. Only in this way can goals grow and the process be considered successful,” concluded Bregu.

For the fourth year in a row the Regional Cooperation Council (RCC) is a partner of the Brussels-based think-tank Friends of Europe (FoE) in organizing the annual EU-Western Balkans Summit, together with the support of the United Nations Development Programme (UNDP), the United States European Command and Europe for Citizens Programme of the European Union. The EU-Western Balkans Summit 2020: Creative solutions, sustainable cooperation and smart development will be held from 7th till 9th December online. Find more about the Summit here.