Bregu: Men outnumber women in the region’s labour force by more than a million 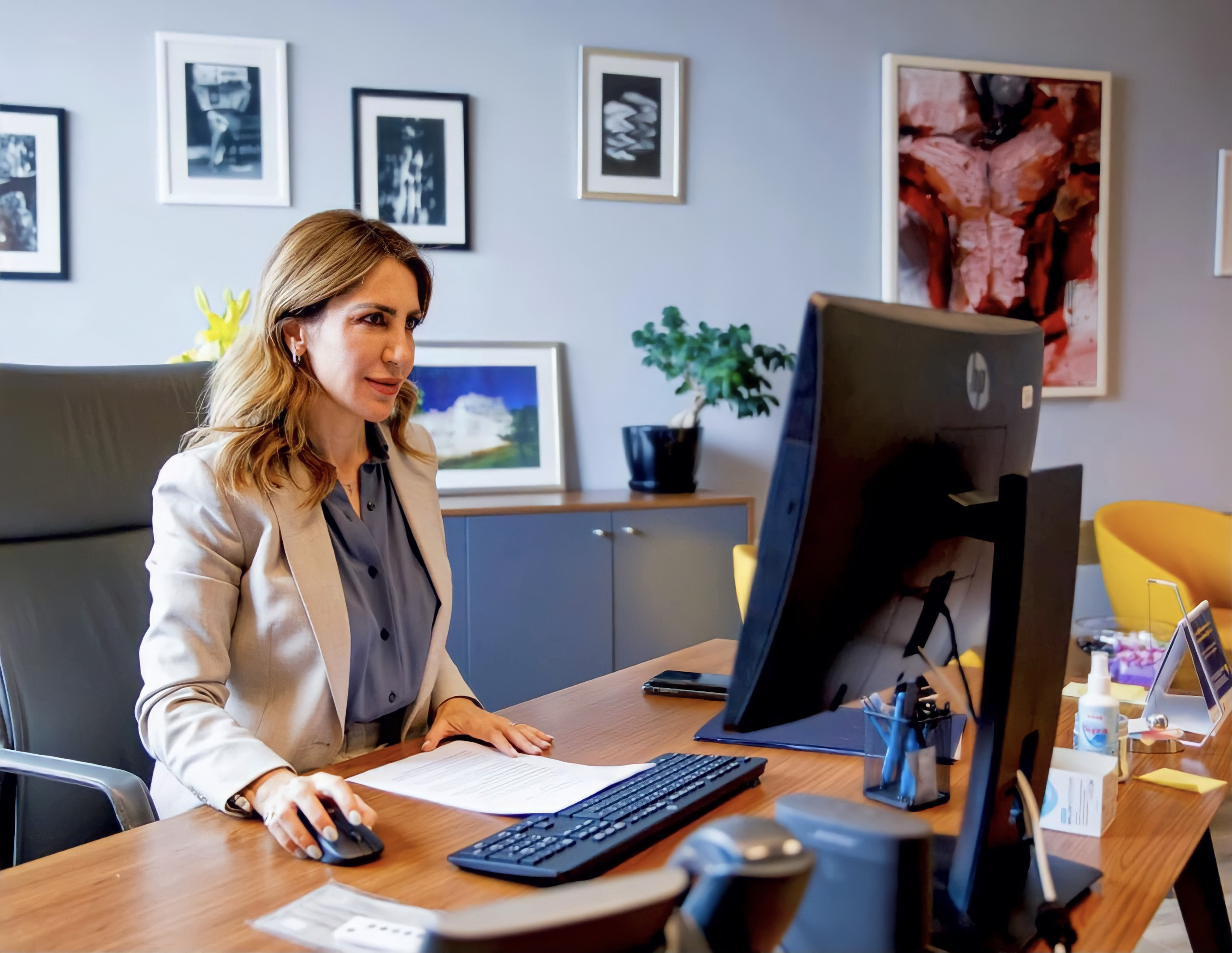 RCC Secretary General Majlinda Bregu speaking at the launch of the Regional Network of Women in STEM, in Sarajevo on 15 April 2021 (Photo:RCC/Armin Durgut) 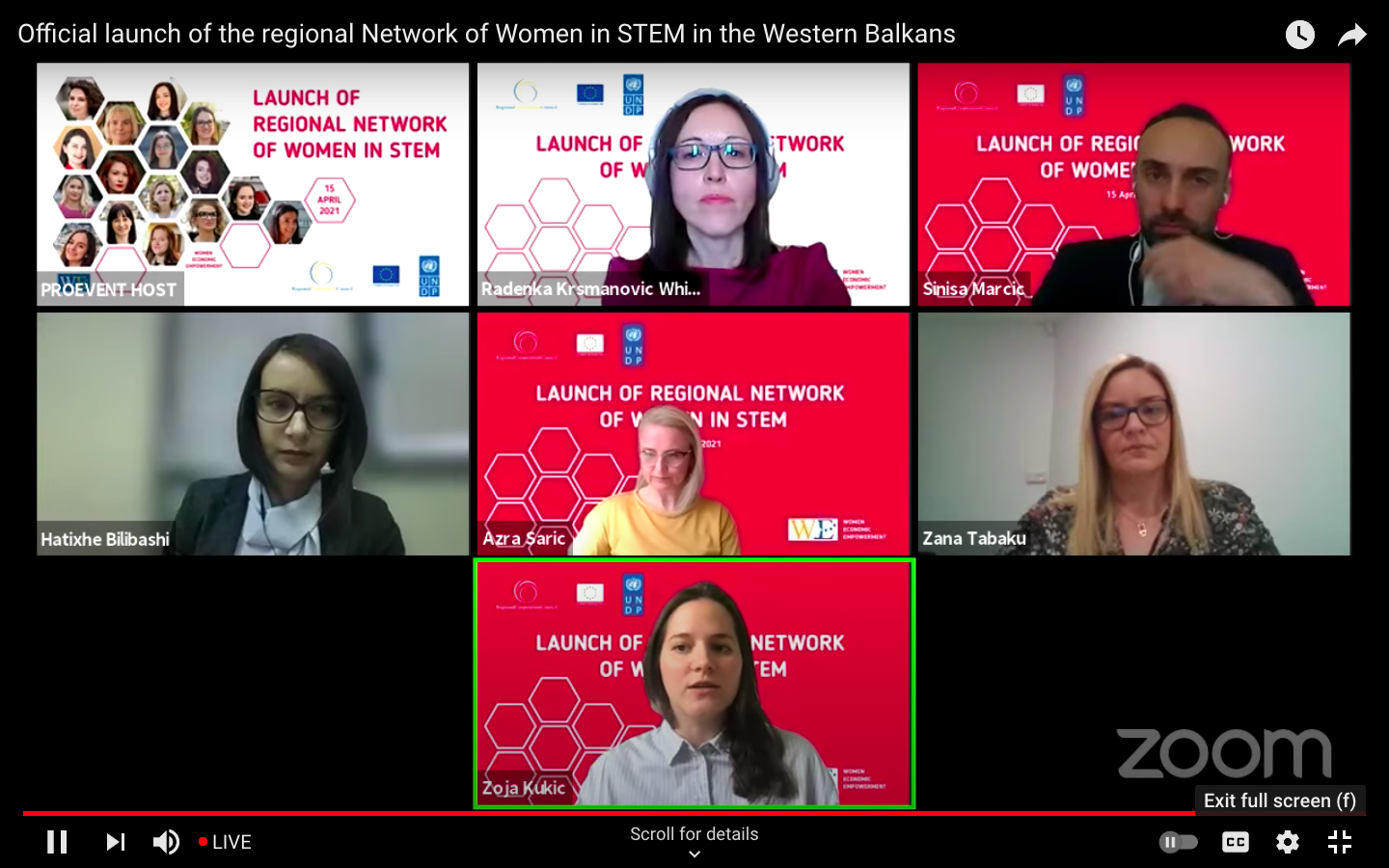 RCC and the UNDP launched the Regional Network of Women in STEM on 15 April 2021 (Photo: RCC)

RCC and UNDP launched Regional Network of Women in STEM

“Men outnumber women in the region’s labour force by more than a million. Moreover, gender pay gap in each WB economy is especially big in professions that are considered ‘male’ such as technology and computer science. Between 70% and 85% of our graduates are women in health, less than 40% in agriculture, but only between 20% and 30% in engineering. Employment rates of well-educated women are higher than the ones of men, but despite that, STEM fields tend to perpetuate inflexible, exclusionary, male-dominated cultures. We truly believe this initiative on empowering young women enter STEM education and careers comes at a timely moment, considering economic difficulties the entire region is facing amid the Covid-19 crisis,” said  Majlinda Bregu, Secretary General of the Regional Cooperation Council, during her opening remarks.

The Network aims at expanding limited opportunities for girls and women in educational and workplace contexts in the Western Balkans with the focus on STEM fields. The RCC will continue to pursue the Women Economic Empowerment agenda in the future through the Network of Women in STEM, WE campaign, encouraging young women to compete in our Balkathon and make the most of digital tools.

Mirjana Spoljaric Egger, Assistant Secretary-General and Director of the Regional Bureau for Europe and the Commonwealth of Independent States, said that jobs in STEM are some of the fastest growing worldwide, with 90% of future jobs requiring information and communication technology skills. “Women hold only about 14% of STEM jobs in the WB. The low visibility of women in STEM is one of the biggest reasons cited for the gender disparities among STEM degrees earned, STEM careers from entry-level to senior manager roles, and founders of tech enterprises. You don't become what you don't see. That is why we want to connect women in this branch with each other, with mentors, but also with potential investors.”

“The region has been lacking women role models. Until now! Regional Network of Women in STEM aims to identify many more successful women in STEM fields whose professional lives will send a message to all young women in the region: you can do this too! We do not want to lament over difficulties women face, but to open discussions about the key challenges and explore numerous opportunities for women to thrive in STEM,” concluded Bregu.

Aa part of the same joint initiative, the day before the RCC presented a study on ‘Economic benefits of gender equality and women empowerment in the Western Balkans Six’ representing a comprehensive analysis of the current situation of gender equality and women empowerment in the WB. The main findings of the study indicate that the region’s GDP per capita could increase by 1.5% by 2035 if coordinated efforts of governments and businesses are undertaken to reduce the gender gap in participation rates. More women work as unpaid family workers in the WB region than in the EU. The WB6 economies remain far from gender parity with a female mid-to-senior level management position share of 29% in 2019 (5 percentage points below the EU). Female empowerment in the WB6 economies falls below the EU average. In 2019, in the WB region, the women empowerment index (WEI) average score was 52.4 out of 100 while the EU average score was 80 out of 100. Amongst the six economies, Albania recorded the highest score in the WEI, ranking 18th in the overall index, and above Southern Europe economies such as Greece, Spain, and Italy.