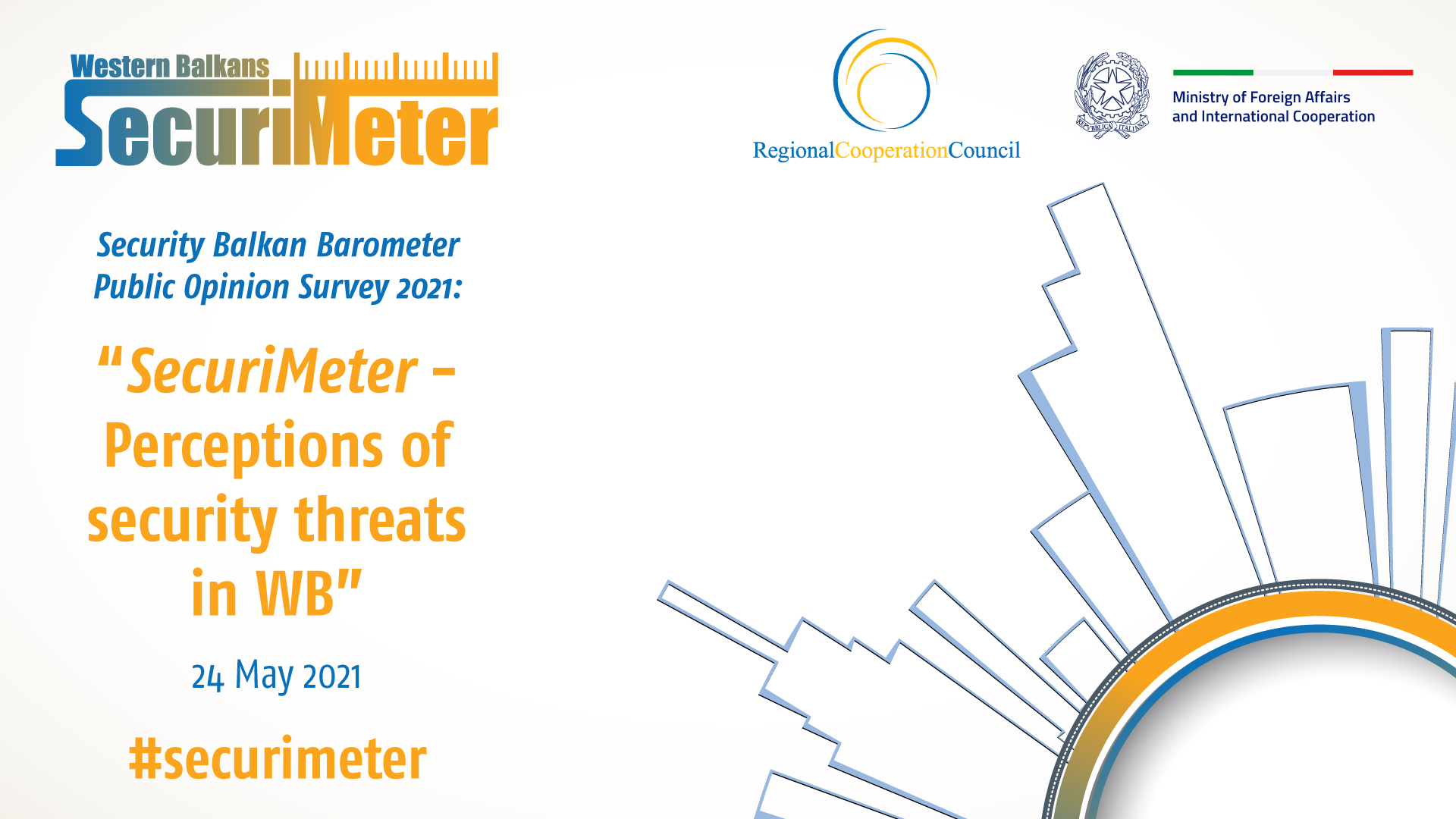 Sarajevo - The Regional Cooperation Council (RCC) with support of Italian Ministry of Foreign Affairs and International Cooperation will present the first-ever regional Public Opinion Survey on Security issues – Western Balkans SecuriMeter on Monday, 24 May 2021, starting at 10:00 CET. The presentation can be followed on Zoom and live on RCC social media channels, Youtube and Facebook.

If you ever wondered what Western Balkans citizens think about security, organised crime, migrants, online radicalisation, owing a gun, or fake news, the SecuriMeter gives the answers to those questions in an attempt to help inform interested regional stakeholders and provide better understanding of the overall regional security.

The survey reveals that the region finds it very important to also work regionally on addressing security challenges in the Western Balkans, such as combating terrorism, fighting organised crime and strengthening border security, in order to ensure the internal security of the region. In this respect, the highest importance was given to addressing the challenges related to serious and organised crime and financial crime (92%), followed by work on combating terrorism (88%), migrant crisis (86%), and violent extremism and cybersecurity (84%).

The SecuriMeter represents the next chapter in the steady evolution of the region’s foremost survey of public opinions Balkan Barometer and is portraying attitudes towards current security challenges and trends in the Western Balkans.

You can register to follow directly on Zoom here.
More info with agenda

The Western Balkans SecuriMeter is the first-ever Public Opinion Survey on Security issues conducted by Indago among more than 6.000 citizens of the Western Balkans as a venture of the Regional Cooperation Council in cooperation with IISG, UNDP/SEESAC, MARRI, DPPI- SEE and OBCT.