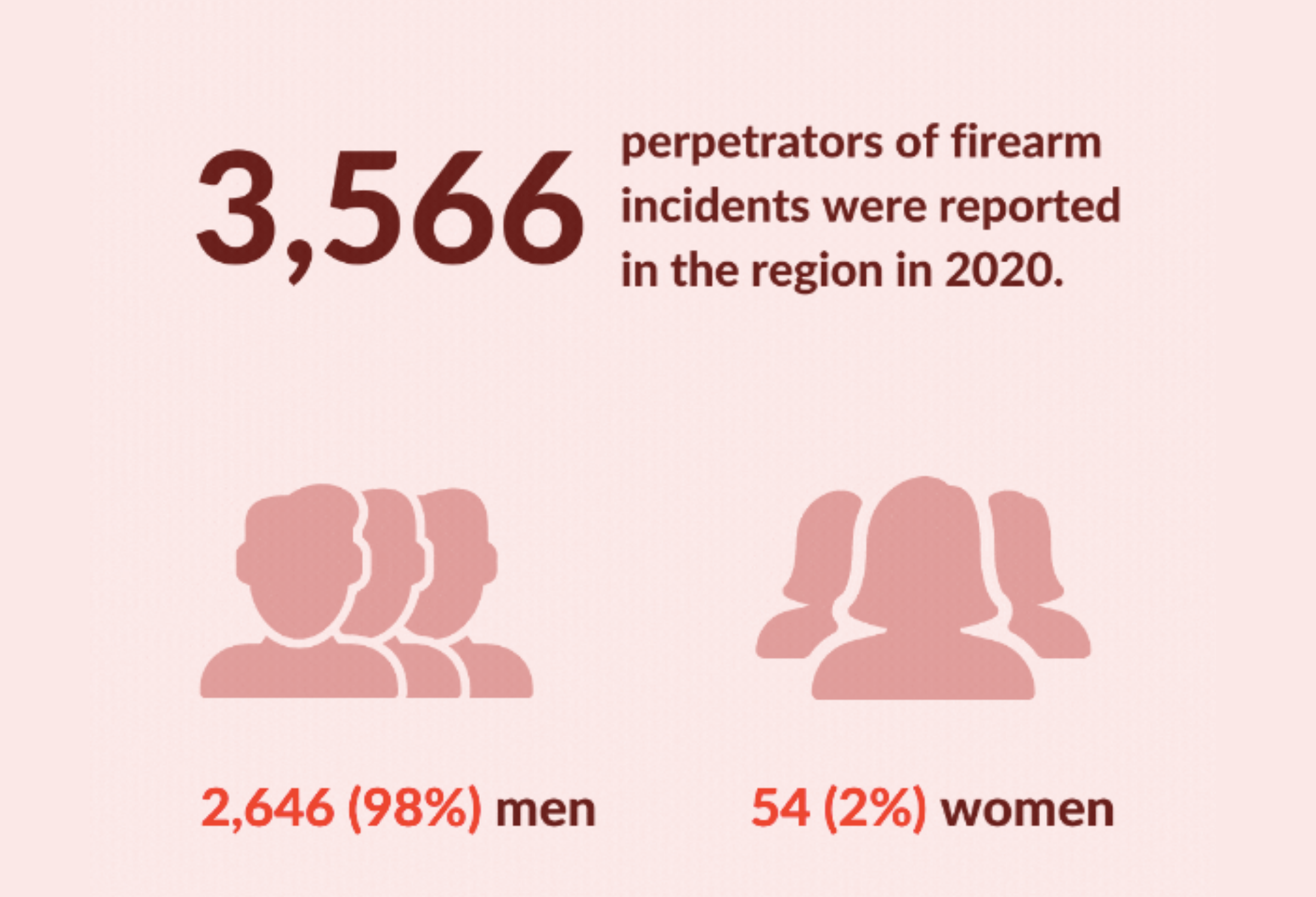 Sarajevo/Belgrade - 3,566 perpetrators of firearm incidents were reported in South East Europe (SEE) in 2020. For 2,700 perpetrators whose gender was specified, 98% or 2646 are men and only 2% or 54 are women, reveals the latest regional Armed Violence Monitor report, issued by the South Eastern and Eastern Europe Clearinghouse for the Control of Small Arms and Light Weapons (SEESAC), a regional initiative functioning under the mandate given by the Regional Cooperation Council (RCC) and United Nations Development Programme (UNDP).

“These are staggering data. Unfortunately, it is no surprise that in 2020 domestic violence against women was on the rise in the world and our region is no exception. As a society, we all must do more to prevent this and one of the mechanisms is to keep raising the awareness. 16% of our citizens are concerned the most about crime and violence during the pandemic, according to RCC’s Balkan Barometer. Another survey, SecuriMeter, we conducted among citizens in our region for the first time this year, indicates that 47% of Western Balkan citizens feel threatened by the illegal possession and misuse of weapons in their neighbourhood. Majority of our citizens, 91% say they would not consider owing a gun, but 3% say they already have a weapon in their possession,” said Majlinda Bregu, RCC Secretary General.

More than a half of women perpetrators (28) were reported in connection to weapon seizures, followed by criminal context incidents (14). Men aged 61 and older show a strong propensity for suicides, with 23 men who committed suicides. Male perpetrators under 19 years of age were mainly reported in connection to weapon seizures (15), robberies (9) and accidental shootings (8). A total of 13 law enforcement officers caused accidental shooting incidents due to improper handling of their service weapons, while seven law enforcement officers committed suicides with firearms. Five pieces of weapons used were in legal possession. Perpetrators were caught in 1,887 out of 2887 firearm incidents recorded in 2020.

By shedding light on the perpetrators' sex and age, the context of the incident, the type of weapon used, and other factors, this Armed Violence Monitor presents the data on individuals who committed firearm incidents as perpetrators, co-perpetrators, instigators, or accomplices. Its purpose is to make essential data available to all interested parties working on small arms and light weapons control.

***
The data is gathered daily from the relevant authorities' official websites, as well as print and online media.  The collected data range from the type of incident, firearms used, age and gender of the victim and the perpetrator, outcome of the incident. etc. Basic data analysis is also provided for various data sets aiming to discover trends related to the incidents. Quality assurance is conducted rigorously by SEESAC. The platform has seen significant improvements in recent years in terms of data collection and categorization.