Dialogue with EU on reducing roaming charges with Western Balkans kicked off with goal of nearing with the domestic prices in 2027 Bregu: We defined and put forward the leading regional cooperation & integration frameworks, now one market is the ultimate goal of Western Balkans 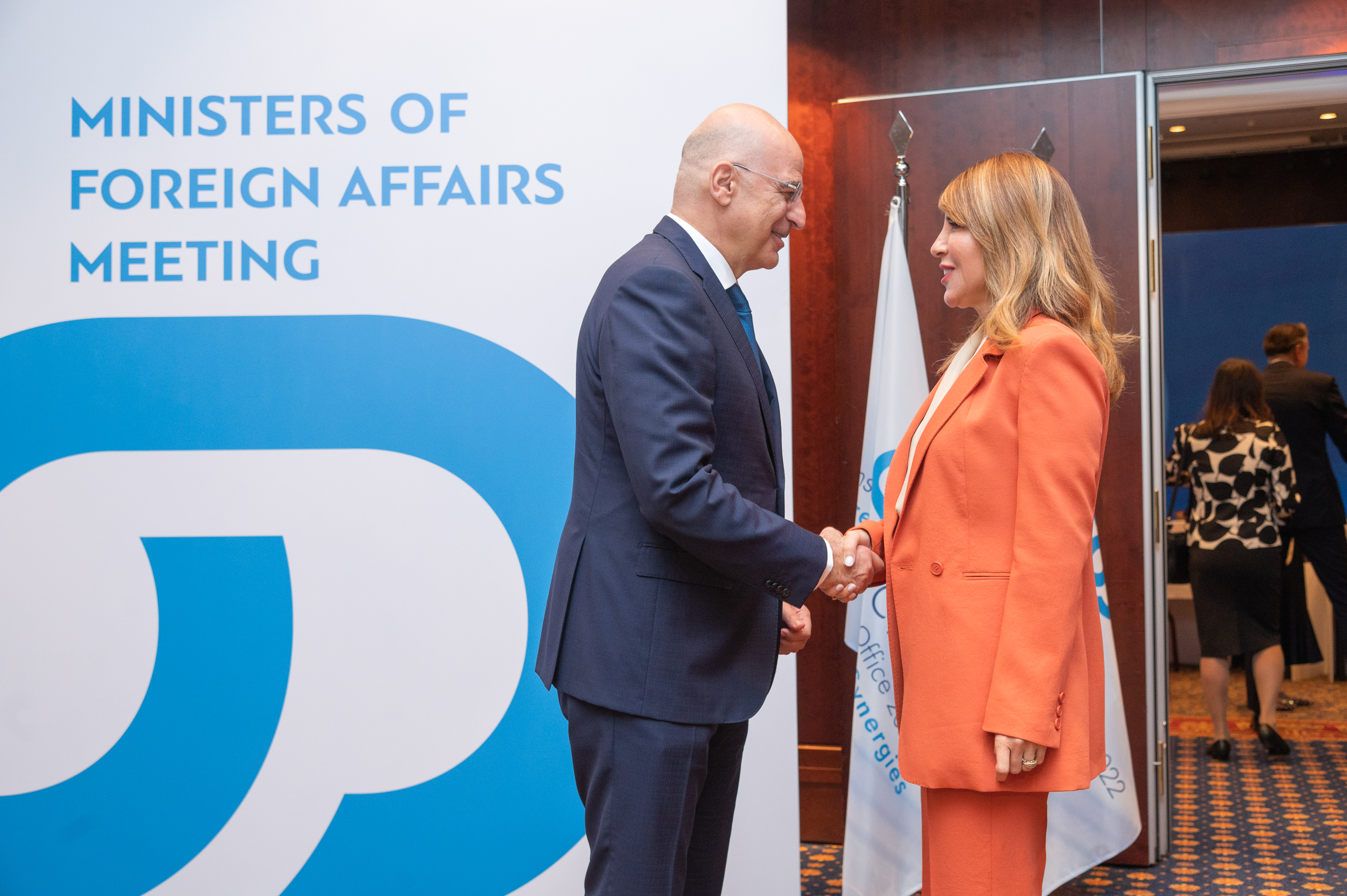 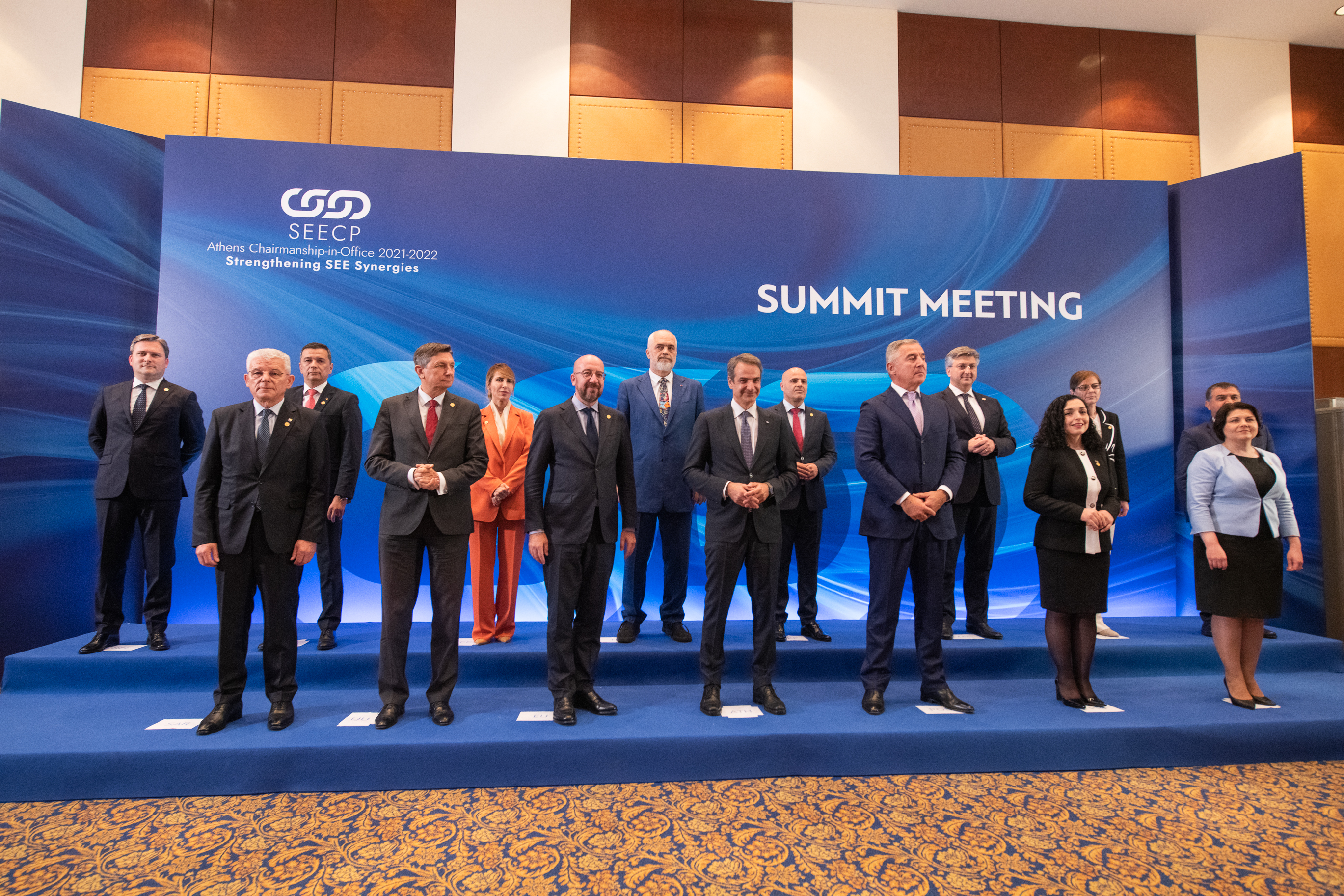 Summit of SEECP leaders was held in Thessaloniki on 10 June 2022 (Photo: Armand Habazaj)

Thessaloniki - The Secretary General of the Regional Cooperation Council (RCC) Majlinda Bregu took part at the South East Europe Cooperation Process events - the meeting of SEECP Ministers of Foreign Affairs and the Summit of SEECP leaders - in Thessaloniki today. The meetings’ participants commended the work of the RCC and its Secretary General as well as the achievements in streamlining regional cooperation and related initiatives, especially in the activities such as Roaming Free Western Balkans, SEE2030 Strategy, security cooperation, Green Agenda, etc. adding that the organisation worked committedly hand-in-hand with the region, for the region, and that regional cooperation was crucial for regional development.

"We must admit that despite the setbacks and imperfection we had a successful endeavour last year. Looking back at what we achieved, one cannot but take pride in our joint accomplishments, notwithstanding the unease regarding political and economic terrain. As of last July roam free in Western Balkans (WB) became a reality. There was as political motivation to eradicate the so-called ‘bill shock’ as was there a clear market value for doing this. Business community highly supported this as beneficial. And let's not forget the gain for all citizens. In three months since its implementation, the data usage had increased by up to 500%, and the number of roaming users by up to 30%. This week we started the dialogue with the EU on reducing the roaming charges among EU-WB that will see us nearing the domestic prices in 2027. In practical terms we will decrease roaming charges by more than 90% in the currently most expensive WB mobile networks. This is a win-win situation for citizens and business community from WB and EU," said Bregu.

SEECP meetings of Ministers of Foreign Affairs and leaders’ Summit in Thessaloniki convened under outgoing Greek SEECP Chairmanship-in-Office (CiO) adopted the RCC’s report on the organisation’s activities in the past year as well as the Strategy and Work Programme for the coming three-year period.

"We defined and put forward the leading regional cooperation and integration frameworks – and now one market is the ultimate goal of WB, while the WB Green Agenda and the SEE2030 are the main blueprints for the region’s sustainable growth. I would like to seize the opportunity to thank Greece for being a pioneer among EU Member States to establish Green Lanes with the Western Balkans. Glad that the green lanes will be followed by a blue corridor between Italy, Albania and Montenegro. We are looking forward that this example could be followed by other neighbouring EU Member States,” added Bregu.

Annual meeting of the RCC was held a day before within the framework of the annual SEECP high-level events, when the organisation’s participants endorsed its Annual Report 2021-2022 and the Strategy and Work Programme 2023-2025. The same day, the RCC Secretary General Bregu presented the award for the Champion of Regional Cooperation to late Dr. Erhard Busek for his enormous contribution to regional cooperation in South East Europe and unprecedented love for the region. As of this year, in memory of late Dr. Busek this award will be named after him Champion of Regional Cooperation Dr. Erhard Busek Award. This annual award, inaugurated in 2013 is an acknowledgment of an individual or an organisation that the RCC Secretariat and its Secretary General consider to have contributed most to the development of regional cooperation in South East Europe.

"Though our region needs to work harder to outdo itself and become that part that completes and not merely joins Europe, our citizens feel it’s high time to live and feel the transformative power of Europe to change lives. In their earthly life-times. Before too late becomes a lifetime. Merit-based of course, but nothing less. A transformational agenda is not just a process of dates and words, but deeds. Our desires hold value only until they are fulfilled. We don’t have a magic wand at the RCC to do the impossible. But at least we try to be part of the process of solving the problems with consistency and integrity. As hard as it is, as challenging it might get, with small or big surprises that test us each day, we remain committed to find a way, the best way, indeed." concluded Bregu.

RCC thanks the Greek SEECP CiO for their invaluable contribution over the last year in leading and advancing regional cooperation through the framework of SEECP and looks forward to CiO of Montenegro, whishing it as successful upcoming Chairmanship.