Bregu: As long as we continue to subscribe to dialogue, compromise and cooperation, we invest in long-term stability, security and prosperity 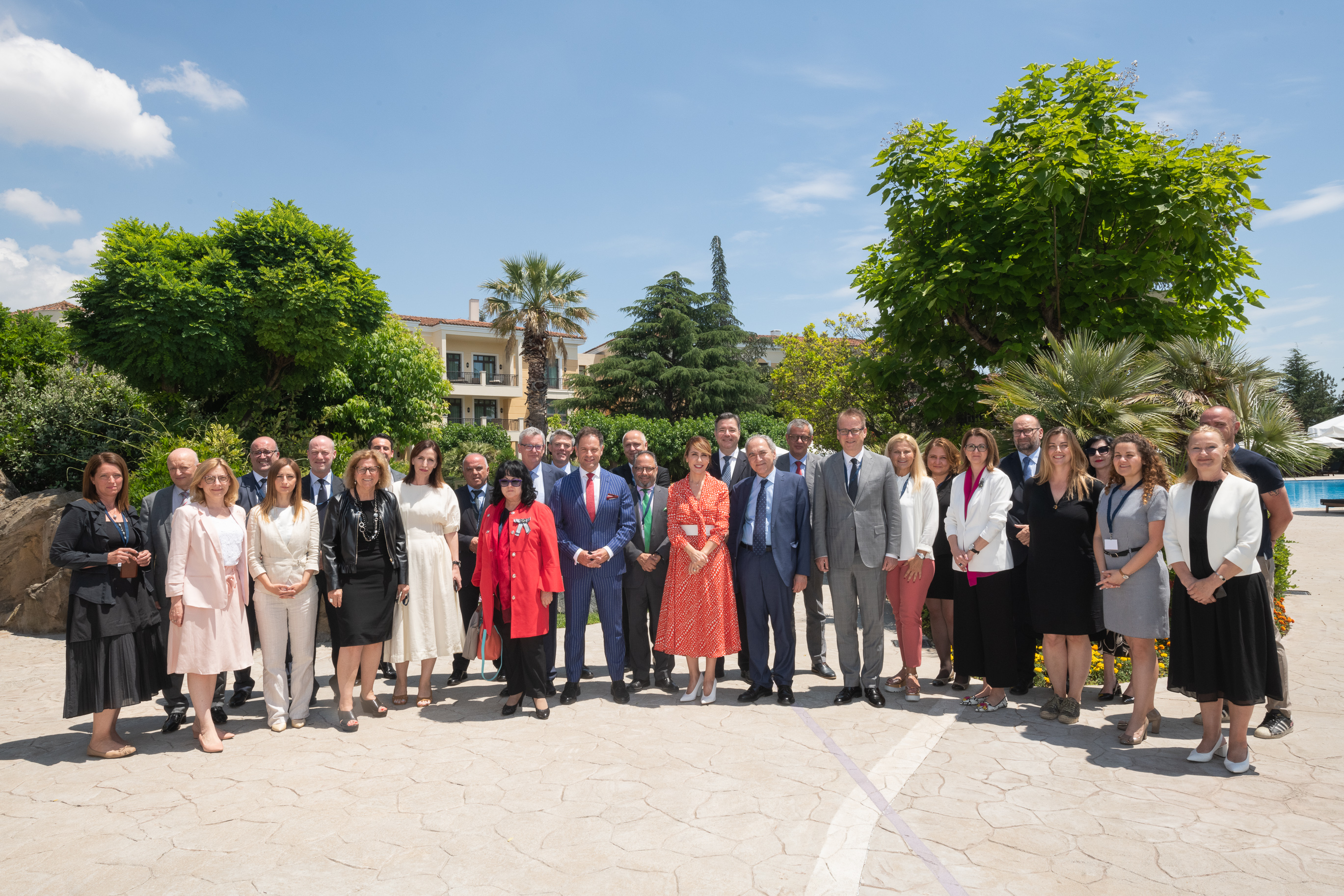 Thessaloniki – “Under the political guidance of SEECP and in consultations with all relevant actors and stakeholders, RCC identified those gaps in which the region should invest with technical as well as political capital. These all fall under the category of sustainable development, green and digital transformation, pooling of knowledge and resources, and enhancing inclusivity. We have thus developed, or helped develop, complementary programmes, intertwined under the umbrella of the Strategy and Work Programme for the next three years. The region can achieve the goals set forth in each of the elaborated agendas; it is up to the leaders to see that it will.” said Secretary General of the Regional Cooperation Council (RCC), Majlinda Bregu, at the opening of the 14th Annual Meeting of the RCC in Thessaloniki today.

“The benefits of delivering are multifold. In times of uncertainty, the challenges which we face will not be easily overcome. But things that are worthy rarely do come easily; and as long as we continue to subscribe to dialogue, mutual respect, compromise, and finally cooperation, we invest in long-term stability, security, and prosperity. I would therefore like to invite you to continue investing efforts in advancing the regional agenda, as the RCC is dedicated to do,” concluded Bregu.

Besides RCC Secretary General, who chaired the meeting, the opening remarks were given by the representatives of the present (Greece) and forthcoming (Montenegro) Chairmanship-in-Office of the South East Europe Cooperation Process (SEECP).

Later today the RCC Secretary General is to present the Champion of Regional Cooperation, at the special award ceremony taking place in Thessaloniki. The RCC delegation will take part in the SEECP events tomorrow – the meeting of SEECP foreign ministers, and SEEP Summit of Heads of States, where RCC Annual Report and SWP 2023-2025 are expected to be adopted.